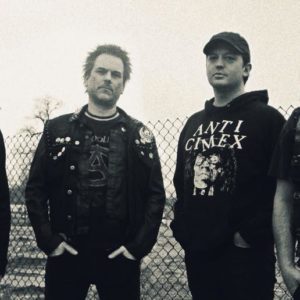 Forming in early 2008, War//Plague have been one of the most dedicated and productive DIY punk bands for the last decade bringing socio/political rage and ferocity to their music. With 10 releases to date, there is no end in sight for these veteran Minneapolis punks!

Born out of the ashes of previous Minneapolis bands Provoked, Pontius Pilate and Calloused, War//Plague continue to be active in the DIY community and constantly push the envelope with their ever-evolving sound. War//Plague know their roots and the underbelly of the DIY movement has fueled them since day one.