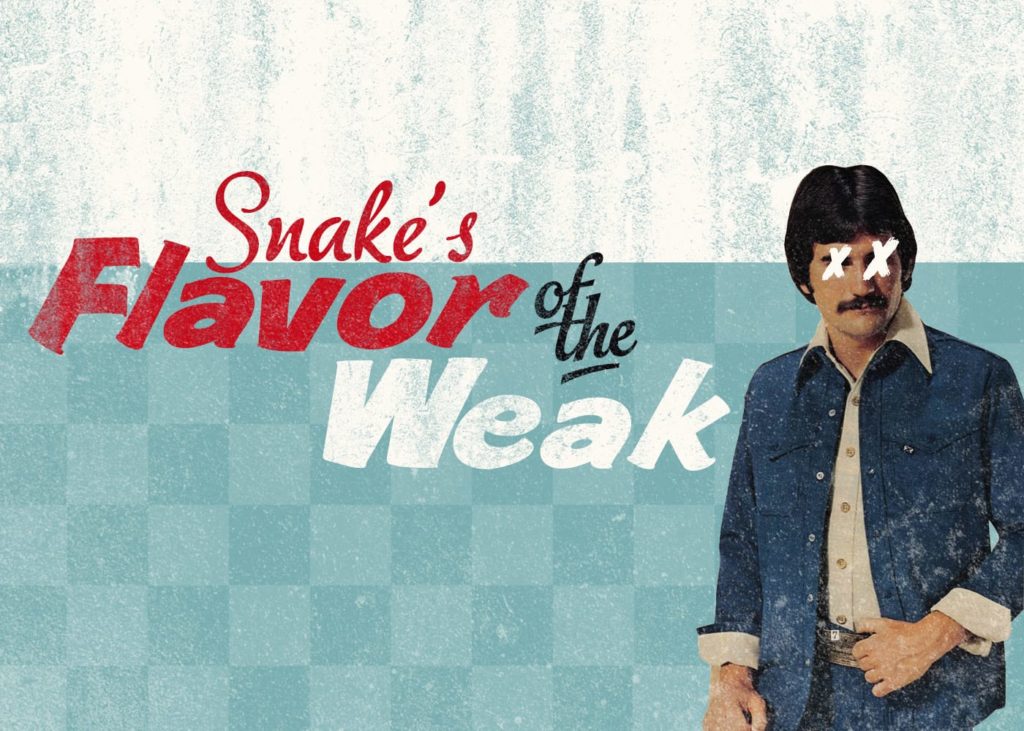 The following are excerpts from a diary I kept during my days on the road with the band Crazy Town. Prior to the band signing to a major label, they were a struggling act that toured relentlessly and partied relentlessly, as well. Little did I know when I answered that Craigslist ad for a roadie what I’d be getting into. Due to the length and amount of hours logged into my tour diaries, I’ll be breaking this up into several chapters and separately releasing each. Godspeed.

We left for tour and I was actually pretty excited. It had only been a few days since the ‘misunderstanding’ at the club and the boys were eager to hit the road. I spent the night before we left running around trying to get everything Shifty said he needed for tour. I had also managed to convince Shifty to buy his ‘road drugs’ from a different dealer. I had told him that L-Doug got busted for possession the day after we picked up the crack from his mom’s house. Shifty seemed to buy that without so much as second thought as he was quite busy adding rhinestones to a sleeveless t-shirt. Even if Gary had been there, I was sure he’d corroborate my story. If we told Shifty the truth it would take weeks for him to comprehend it and we just didn’t have that kind of time. He was still totally unaware that his favorite gangsta drug dealer is a white dude originally from Minnesota.

Scoring drugs was the easy part. His list also contained several hard to get items at 3 a.m. on a weeknight. At one point, I had to pull over and call him on a pay phone.

“Shifty, I’m not sure I’m going to be able to find you a bowling ball right now. Can we just grab one when we’re on the road?” I pleaded. He responded with his usual common sense approach to life.

“Shut the fuck up pussy! Find a 24-hour bowling alley, walk in, and take a ball. No big deal!”

I could not argue with him. It all seemed so easy when he explained it. So, I did it.

Aside from the bowling ball, he needed the run-of-the-mill toiletries, clean socks, and underwear. He had me to go to the Pleasure Chest to buy lube and a selection of videos. He also he needed some oddly specific organic peanut butter that he said was the one item I must not forget. Since it was so late, I actually had to break into a Trader Joe’s that I saw when I was driving around. And, of course, they had it in stock. Mission accomplished. I dropped the stuff off at Janet’s place around 9 a.m. so the boys could pack up. While they were loading the bus, I headed to my place to pay off my landlord with an advance I got from Shifty. Afterwards, I reluctantly went to the hospital to see how Gary was doing and to discuss the ins and outs of the tour. I had little time to go over the tour dates and venues he booked since I started the job.

The hospital room was quiet. The television was on but muted. Both of Gary’s legs were up in traction. He looked very uncomfortable. I thought he was asleep but he looked at me and started to speak.

“They gave me a morphine drip. I still feel like I’m at work.” He giggled a little.

He said they had to put several pins in his legs but with luck he’ll still be the same height when they heal. I tried to be supportive, but the smile I flashed at him was pretty fake. Even in his drugged out state, he noticed. I told him I felt really bad leaving him like this and I asked if there was anything I could do. His face grew serious as if the morphine suddenly turned into sugar water and was no longer numbing him.

“Be careful. Seth is a dangerous man,” he said.

I took a seat, eager and scared to hear more. He tried to prop himself up on his elbows but he was too stoned and weak.

“Everything I’ve told you is true; this job will kill you!” His voice was raspy but growing in intensity. “I’m glad he threw me off the balcony, because I felt like his prisoner. But I didn’t want to leave!”

He said Shifty had some kind of power over him. Maybe it was his charisma. He seemed like the type of guy who could get you to do anything… like steal a bowling ball at 3 a.m.

Gary hit the morphine pump about a dozen times which had to be about six times the recommended dose. Tears formed in the corners of his eyes and he motioned for me to come closer. I leaned in and he threw his arms around me in a feeble hug and brought his face close to mine, then pulled my ear to his mouth and uttered,

He tried again while still clutching me. But I could tell the massive dose of drugs he just mainlined were causing him to fade out. I gently shook him and asked again:

“Don’t let Seth… don’t let him put anything in your butt!” and then he passed out.

So with that bizarre bit of wisdom, I left for my first tour with Crazy Town. A label rep named Dylan met us at the tour bus. He was a very fresh faced college graduate that got a gig at a label and now had to be confined with these ‘artists’ for an entire month. His job was to promote the band at each stop. He said he had radio interviews lined up in five cities already as well as a showcase in New York. Shifty also enlightened me to the fact that young Dylan also had an American Express Gold Card. He knew this because he asked Chump Change to pick Dylan’s pocket. Now that we had sponsorship, it was time to hit the road.

While it would be impossible to relay all the insanity of the tour, the following are the highlights from each show during that first week. They are directly taken from my “Stupid Lame Ass Diary” (as Shifty called it) that I kept throughout the tour:

San Bernardino, CA – Fat Joe’s Place – a biker bar with a connected hall that they use for larger events. The clientele wasn’t huge fans of rap music, let alone a rap/metal hybrid. Naturally, it ended with Shifty and the boys getting into it with the bikers after only a song and a half. Shifty isn’t a fan of hecklers. And once he felt they were making fun, he got lit up and started in on them. Chairs and instruments were broken and there was a visit from the local Sheriff.
Upside: we got a police escort to the city limits. No fires.

Reno, NV – Our Turf Bar – Another biker bar. More fights. Several arrests. Shifty went missing for five hours trying to find meth because he was already out of road drugs. Either Gary wasn’t paying attention to the places he had booked or he was trying to get the band murdered on tour. I’m leaning towards the latter.

Mesa, AZ – The Spot – College bar, college crowd. Nice change from bikers with murder in their eyes. The kids in the crowd liked the new song “Butterfly” and a few ladies got up on stage to dance with the band. This ended without incident. Very strange. Now an 18 hour drive to Montana!

Billings, MT – Western Bar – Totally cancelled on us. They heard about Reno. The bus smells of weed and ass. It’s disgusting. The band decided to separate from Shifty and his crew. If you care about the upcoming gig and you want to go over set lists or gear issues, go up front with the band. If you want to get really high and play video games and have sex with whatever random woman crawled into the bus at the last stop, head to the back. I hate everyone already. Next stop Texas!

Amarillo, TX – the parking lot of Tumbleweed Saloon –  Including the drive to our cancelled Billings show, we’ve been driving for about 36 hours with few stops in between. Somehow Freddy D went missing during that time. No time to go back for him. Shifty doesn’t seem concerned. Our Amarillo gig is being hosted by the local HOT-100 hip hop station. Seemed to start out fine. Shifty and the band went down to the front of the stage to watch a local hip hop act that was starting his set. The guys on stage recognized Crazy Town from the promo posters hanging around the venue and began to make fun of them, their band, their clothes on the mic. So naturally, Shifty and Bret climbed onto the stage and proceeded to punch everyone. Security grabbed them both and tossed them out of the venue. Dylan sprang into action and calmed the situation with security and the people hosting the event. They were let back in later to play their set but were told to leave immediately after. Three tires on the bus were slashed. Thank god we have that Gold Card. Thanks Dylan!

Chicago, IL – The Mutiny – Another long drive for another gig that fell through. Not our fault. The venue got shut down due to fire that seemed more like an insurance scam than an actual fire. We stayed in Chicago because Chump Change had family there. They were nice. I smoked what I thought was cocaine. Turns out it was PCP. I don’t remember much. But our bus needed a new windshield the next day which we fixed and my head has a gash in it, which I wrapped up with kleenex and tape because ‘hospitals are for the weak’ or so I was told. Then we headed to our next stop.

Omaha, NE – TheBeat 98.4 Fest – I was pretty excited for this stop. The label had managed to get Crazy Town a slot at an outdoor music festival hosted by the band 311. Omaha was their hometown and they were ending their tour at that stop. Everything was set for a successful show. But Shifty wasn’t having it. “Fuck those stupid posers! Fucking hacky sack hippies!”

Bret enlightened me to the fact that Shifty had a longstanding beef with one of the 311 guys. At this point neither Bret nor the rest of the group knew who it was that Shifty had a problem with and as Shifty put it “Who cares! They all look the same!” That left me confused. It turned out that a girl that Shifty dated had gone out with a member of 311. Of course, Shifty didn’t like that at all. It took tremendous coaxing by Dylan to get Shifty to agree to the show, which would be awesome exposure for the the band. And to Shifty exposure meant success. And success meant more money. And more money meant more drugs! With that logic we headed for the fairgrounds for a show with 311.