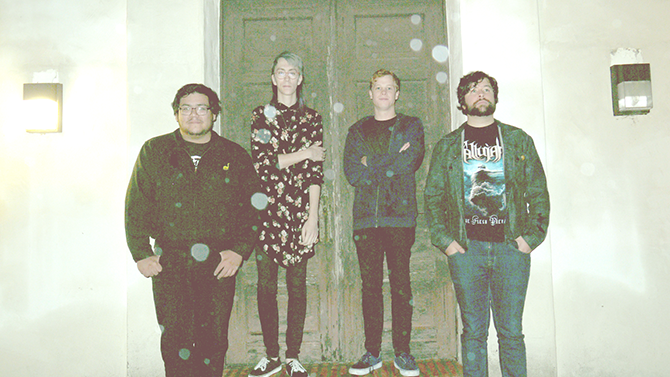 Through the magic of the internet, I was able to transcend time and space and chat with San Diego’s Ash Williams. We covered all the pressing topics like best apocalypse animals, the band’s multifaceted sound, and all things rad that are upcoming in 2017. Ash Williams will embark on “The Cruel Summer Tour” starting later this month. Check out those dates and the interview below!

The band is well-known in your hometown of San Diego, but not as well nationally. Can you give us a little history or background on Ash Williams? 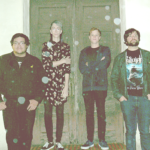 Pat: Ash Williams started out as Pat playing acoustic shows as Ash Williams and The Horde. There were several iterations of the band before Uriel and Pat, along with our former bassist Hunter, decided to drop the “And The Horde”. Michael came in on guitar, Pat switched to bass, Brandon jumped in on guitar and voila!

Brandon: What Pat said, I’m sure.

The band walks lines between punk, metal, and black metal. What is it like to be dipping toes in so many genres?

Pat: It’s rad! I feel like Punk, as a whole limits itself way too much. We all love and grew up on metal, so we wanted to use that influence without being gimmicky or a crossover band. It’s just what came naturally to us after we stopped trying to live within the bounds of just one genre.

Your newest album, Pulsar, has a spacey and paranormal theme. Can you expand on and talk about your motivations for this?

Pat: We are all obsessed with the paranormal/supernatural and the space! The biggest challenged I faced with Pulsar was trying to take those influences and make them genuine without being a gimmicky horror-punk band. If you come at it with a genuine love of the subject and spend the time each song deserves, it will be good. Most punk bands sing about getting older and the good ol’ days. That just doesn’t really interest us, but to each their own! Some of that shit is great!

Brandon: Ghosts and shit. Pat is super scared of phantoms, and I guess writing about it keeps him in control? Uriel was haunted by a spectre as a child; now he beats the skins because he can’t beat his demons. Michael, well, we all know he has major wraith issues. An I’m like, AYYYYYYYY! It’s an apparition!! And then we put all of that in space.

If a Leftovers-style apocalypse happened and a handful of humans were still left but there was only one other type of animal that could exist on all of earth, which would you prefer it to be? And why?

Pat: Michael is gonna be a nerd and say cats, but dogs are the obvious choice. Dogs and horses would be the only useful animals after an apocalypse and I ain’t trying to live in a barn. You need protection and companionship and a dog is the only animal that’s gonna chill with people.

Michael: Bears. Just to keep us on our toes.

What are the Top 5 things that you’re looking forward to in 2017? They can be albums, events, whatever.

Brandon
1. Touring in Mexico and Canada! I got my first passport.
2. 5 years later, still waiting on MF DOOM and Ghostface Killah to release DOOMSTARKS.
3. I wanna play Super Mario Odyessy. And that MTG MMORPG.
4. I hope we get a new Bjork album this year.
5. I hope the rising black smoke carries me far away, and I never come back to this town again.

Uriel
1. I think both Que Oso and Squarecrow are releasing stuff this year, so I’m stoked for that.
2. Aren’t Delorians supposed to come back? If I’m gonna be stuck in traffic, I want it to be in one of those.
3. Planning to take my dad to Café Tacvba in the fall.
4. I’m finally going to a 4-year college after the summer. That should be chill… right?
5. This Is My Fest in Oakland seems like it’s gonna be an awesome time!

Michael
1. I’m really excited for the new Baptist album.
2. The new season of arrested development
3. The all the new stir fry recipes I’m trying out next year.