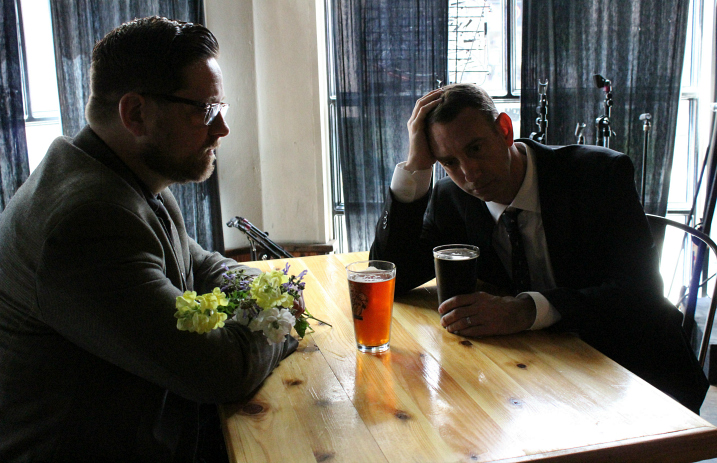 Nearly five years after calling it quits, Gainesville’s Coffee Project is back with a fresh pair of songs and new EP, Wasted Love.

The acoustically-charged duo, made up of Jake Crown on guitar and Buddy Schaub on trombone, writes honest, folk-heavy tunes while playing tribute to their punk roots.

We were able to catch up with both Jake and Buddy for a sneak peak at their new music video for “Wasted Love,” the title track off their new EP, and delve into what sparked the pair to reunite.

Watch the brand new music video for “Wasted Love” below:

Wasted Love released this past June on A-F Records. It follows up the 2012 full-length Leftovers, released on Paper + Plastick. You can grab your copy of Wasted Love here.

Catch up with Jake and Buddy with us below: 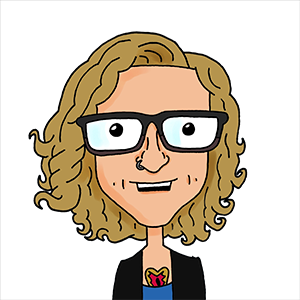 How does Coffee Project differ for you artistically from your other musical projects that you’ve been in through the years? How do you balance multiple projects? 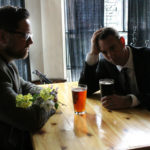 Jake: It’s different for me because I have never played guitar in a band before. I had always been a drummer in bands that helped with riffs or written stuff, but was the drummer. I don’t play in any other bands at the moment, although I did write the FEST wrestling theme song with some of my buds from Dikembe haha

Buddy: The biggest difference for me from playing in Less Than Jake is the amount I feel exposed. With LTJ, there are loud drums and distorted guitars covering up any mistakes. With Coffee Project every note we play is so naked and out there, so it makes playing a little more nerve wracking for sure.

You two started Coffee Project in 2006, and hadn’t released any new music since 2012 before your “Wasted Love” EP. Why the long wait between releases? What was your catalyst for making some new music?

Jake: In 2012 I decided to move to Virginia and start a food truck with my father. I would’ve loved to have been on tour playing these songs but it wasn’t in the cards, so I moved to start a different career. I left music behind for a few years. When I moved back to Gainesville in 2016 Buddy and I hung out and it was fun again to write, so we (wrote) “Wasted Love.” Everybody needs a break sometimes, as they say. We had a lot of fun making “Wasted Love” and I hope you enjoy it!

Buddy: Jake moved back up to Virginia for a few years right after we did the Leftovers record and we thought we were calling it quits. But then the magnet that is Gainesville caught hold of Jake, like it does, and dragged him back to town. We started playing together pretty much as soon as he got back and it was like we never even took a break.

Acoustic projects are all the rage among punk musicians right now, but you two have managed to make it more unique than “guy with a guitar” by adding trombone in. What was the inspiration for your collaboration?

Jake: Coffee Project is sort of the polar opposite of that. We almost do things backwards. CP writes acoustic folk songs that could also be punk songs. I can’t hide my influences; I try to celebrate them. I grew up on DC hardcore and punk, but also folk music was a HUGE part of my childhood. My parents listened to Bob Dylan, Mammas and the Pappas, etc. I have always played drums in “punk” bands, but when I decided to write songs on an acoustic, my influences were more folk acts like John Prine, Dylan, stuff like that. Well and I guess the Ramones too, but I mean, the Ramones are LIFE.

Buddy: It’s funny you say that because we originally got together because we both played guitar and wrote songs but played other instruments in the bands we were in. This project was going to be a way for us to get our songs out there. I made the mistake of playing trombone on one of our early ideas and the rest is history. You definitely don’t see too many bands out there with just an acoustic and a trombone.

How have your previous projects influenced how you approach Coffee Project? What previous missteps or successes have informed how you write for this endeavor?

Jake: All of the bands I have been in previously (my first band was called JOH’S JUGBAND, I was 12 years old) have influenced Coffee Project in some weird way. Maybe not musically, but I’ve always played with such good musicians and great, funny guys that it’s helped me keep interest in writing songs. There’s been missteps for sure, but some of them are unavoidable. I was in a band called HOMETEAM in the late 90s, that should’ve been on the road, but all of the other members were in college, so how can you give that up? Fun times, but I’m glad they didn’t quit college for Hometeam haha (miss you guys!). I will say though that Buddy is without a doubt the best musician I’ve ever played with, so that really keeps me interested in this particular band.

Buddy: Writing parts for Coffee Project is definitely a different monster than writing for any of the other music projects I’m involved in. All of my different projects have vastly different sounds so I just have to dive into each song as it comes and see what fits. When we were working on the ‘Wasted Love’ EP songs, I was also writing parts for the latest LTJ EP. It was a bit confusing creatively to say the least.

You’ve been writing music together for quite some time now. Have you found that your song writing processed has changed at all over the course of the 11 years you’ve been a band?

Jake: All of the Coffee Project songs are just diary entries really. Buddy wrote/sang a few songs along the way and he can probably agree that goes for his too. This whole thing is a memoir, for better or for worse. When I was writing songs like “Big trouble in little Gainesville”, I was living those things. Being 27-28 in a college town and freaking the fuck out because I didn’t know what I was going to do with my life. Those songs spewed out. Now that it’s ten years later, writing “Wasted Love” was VERY different. I am still young, and still go through crazy life ups and downs, so it’s still real songs, but they are just different. My Gainesville life is different. I am sitting here using my work computer in khaki pants and a collared shirt writing about my band. (It’s) very different from when I was 26 and spilling Natty Light on my Dell computer at home writing “Oh, Sweet Pickle.” I want to say how thankful I am for all the notes and emails the kids have written us along the way. Coffee Project never had an agenda besides two friends writing songs, so for you guys to tell me the songs helped you in some way means a lot. Trust me you guys help me too! Huge thank you to Vinnie and Paper and Plastick for believing in the songs and putting out our first couple of records and a huge thanks to Chris Stowe and A-F Records for taking a chance on a band that hadn’t put anything out in five years.

Buddy: A lot can happen in 11 years is right. Relationships have come and gone and life in general can spark inspiration at any moment. You just have to be ready when it does and get it out in the form of melody and chords. Sometimes I’ll go for months without writing anything and then spit out two or three songs in one week.