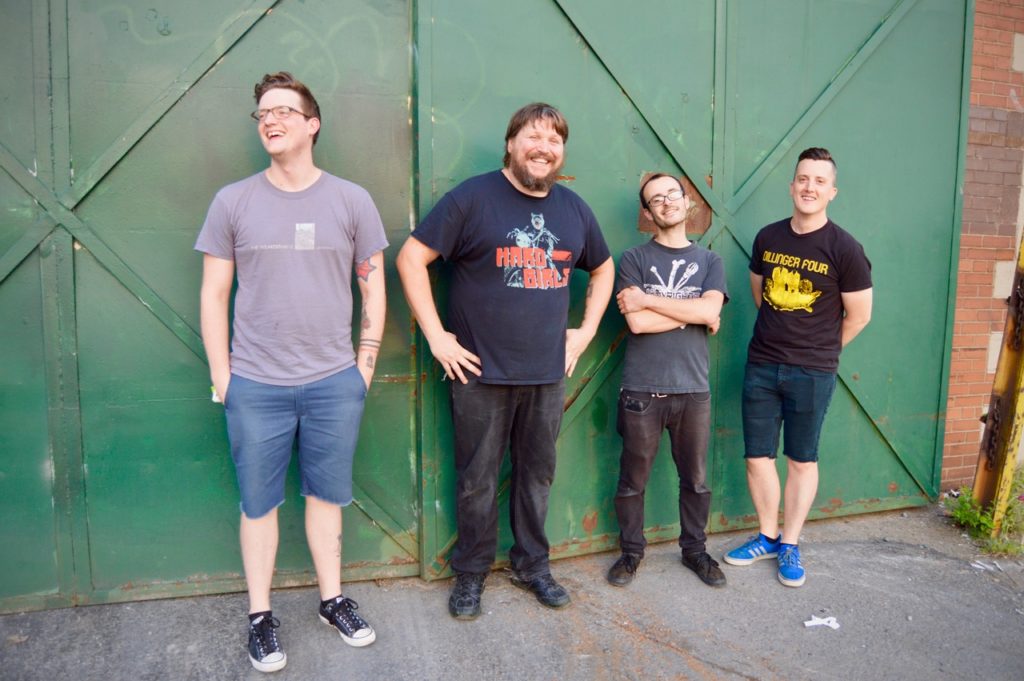 The band calls the record “an echo of nostalgia, conjuring up that old feeling that you felt back in 2001 in that elks lodge right before those first chords rang out and changed your life forever” and nostalgia is the perfect keyword for this effort. With gravel-laden vocals, melodic guitar and a driving bit of rhythm this four-track EP is not only indicative of the tenor of new music coming from Pittsburgh, but harkens back to the same  loud music you know you love. Relateable, catchy lyrics mean you’ll have a hard time getting this out of your head.

Check out “Seeping” below:

You’ll be able to catch Nightmarathons live at this year’s Pre-FEST and FEST in Gainesville, Florida Oct. 25-30 as well as Vehicle City Fest in Flint, Michigan June 16-18. For those local to Pittsburgh, catch them May 4 at Howlers for their EP release show alongside PKEW PKEW PKEW and Fuck Yea Dinosaurs.

Nightmarathons’ self-titled EP debuts May 5 on A-F Records and Between The Days Records. You can pre-order the record on various vinyl variants here.