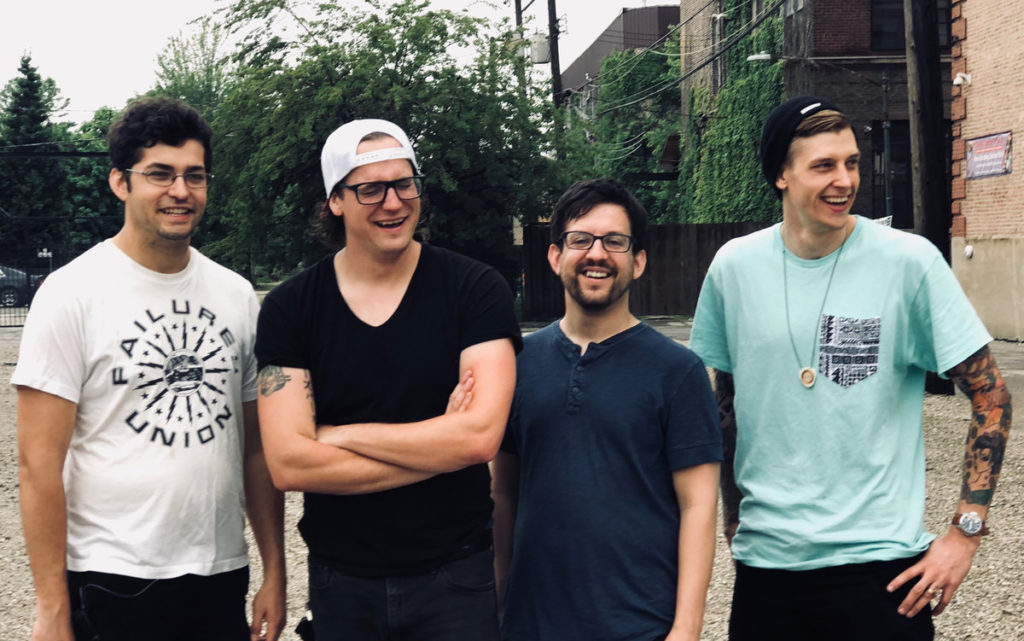 Tomorrow, February 1st, marks the grand return of Devon Kay & the Solutions. The Chicago-based band released their debut LP, Losing IT, in 2013 to great acclaim (at least by me). And tomorrow, the band will be releasing their second full-length album entitled Yes, I Can’t via Paper + Plastick Records. Worry Records is also releasing the album on cassette tape (along with the much coveted download code of course).

What happened? Where did they go? A few years back, the band was playing it perfectly with a show here and one there, never over-saturating themselves by playing every single weekend in Chicago like some others do. They knew how to keep the interest levels up. But then, the shows started to peter out. Devon moved to the East Coast and suddenly news on the Solutions front was completely silent.

But now, Devon is back in Chicago and is back with a new lineup and album. I caught up with him and talked Solutions shop in the interview below.

In an addition to the interview, we’re also premiering a brand new song off Yes, I Can’t entitled “Good Pill Hunting.” Listen to the new track now:

The band has been on a hiatus for what seems like forever. Can you speak to the reasons for this and the reason for the band’s return at this time? 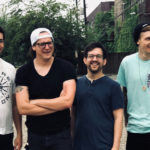 Well, after Losing IT I picked up all my things and left for Boston. I started a Boston chapter of The Solutions which featured Pete Leslie and Kos Geo. We played a few shows but we never wrote anything together.

After that, Direct Hit! got signed to Fat Wreck and I moved back to Chicago. DH! was touring a lot and I couldn’t get a grip on making The Solutions happen. I eventually called up Ryan Solava, who has been in since the beginning, and asked him if he’d drum on some new solo stuff. That solo stuff turned into twelve songs and those twelve songs became Yes, I Can’t.

I guess the reason for its return is I had these songs that are personal to me and they didn’t have anywhere else to go. I constantly write songs about what’s going on in my head or what’s going on in my life and I had a lot to say recently… Also, like… I just really like playing guitar and it’s an excuse to hang out with people I adore.

While the record features the original lineup of DK&tS, your live sets are going to showcase a bit of a lineup change. Could you introduce the new members and tell us what each brings to the reincarnation of the band?

The record has a whole hodgepodge of performances. It was recorded in like 90 separate sessions over an entire year. Three of the songs are super old and feature the OG lineup (Matt Campy on bass). The rest Ryan & I did a lot of the instrumentation. The addition to the record is that loveable scamp Jacob Horn. He played the trombone on this record and changed the sound of the album.

It’s not a ska show. It’s just lots of volume and energy with a horn section. Not that ska is bad.  I love ska…  Just come see it, okay?

Losing IT was very much about your place in life at the time. You were working an IT job you seemed to hate, drowning in it actually. Since then you moved to the East Coast, worked a job you loved, and then moved back to Chicago. So… in a nutshell, what are the main themes threaded through Yes I Can’t?

Yes, I Can’t takes place on the timeline after my good times on the East Coast. Like right before I moved back/during the move/the first year home. I got into a tough spot with some pills and alcohol that I kind of lost myself for a bit. It’s a collection of songs about cutting the damaging habits and how hard that can be.

The song that made me want to make an entire record is, “Fresh.” It’s about wanting to fix up these issues so someone can properly love the other. It can get to a point where you either love a person or you love the habit and you can’t have both.

This record definitely lacks the silly songs from Losing IT, which is fine cause I find those to be KIND OF embarrassing as a 31 year old man… but the pot song is pretty good.  Okay. Is that a good answer?

If both of the albums were video games, which would each be and why?

I love this question. Like it’s causing me anxiety. I’ve mused for hours over super cool answers that remind everyone I’m a gigantic video game nerd but it’s not as effective. So I farted this out…

Losing IT is the first Roller Coaster Tycoon. It’s really fun and it doesn’t have a ton of direction or add-ons, but it’s an experience.

Yes, I Can’t is Roller Coaster Tycoon 2 with all the fucking expansion packs. You get the Triple Thrill pack with Whacky Worlds and you get Time Twister. All the fancy stuff… like a trombone add-on… Trombone Tycoon.

What’s in store for the band in the upcoming months/year?

Yes, I Can’t comes out digitally via Paper + Plastick Records this Friday, February 1st. The vinyl will be hot pink and will be available on April 26th. Sorry for the weird timeline. Vinyl is weird and I have small windows of availability to tour so… I dunno. You’ll be okay!

We are also hitting the road for five days with Dollar Signs! (Check out the tour poster below).

We are also halfway through making our next record!  This one is like…. Rollercoaster Tycoon 3.  It has direction and a set lineup and it’s gonna be really good.  I hope to have it out later this year… or in 6 years… just like Yes, I Can’t. 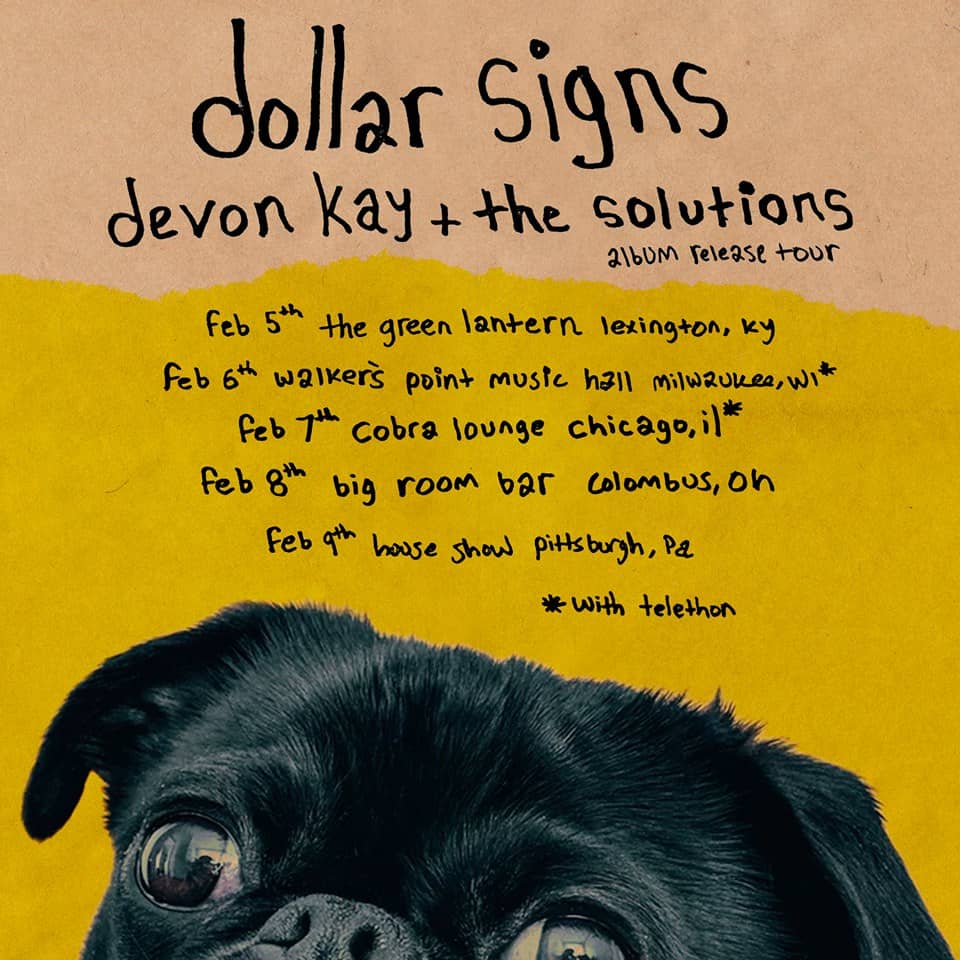