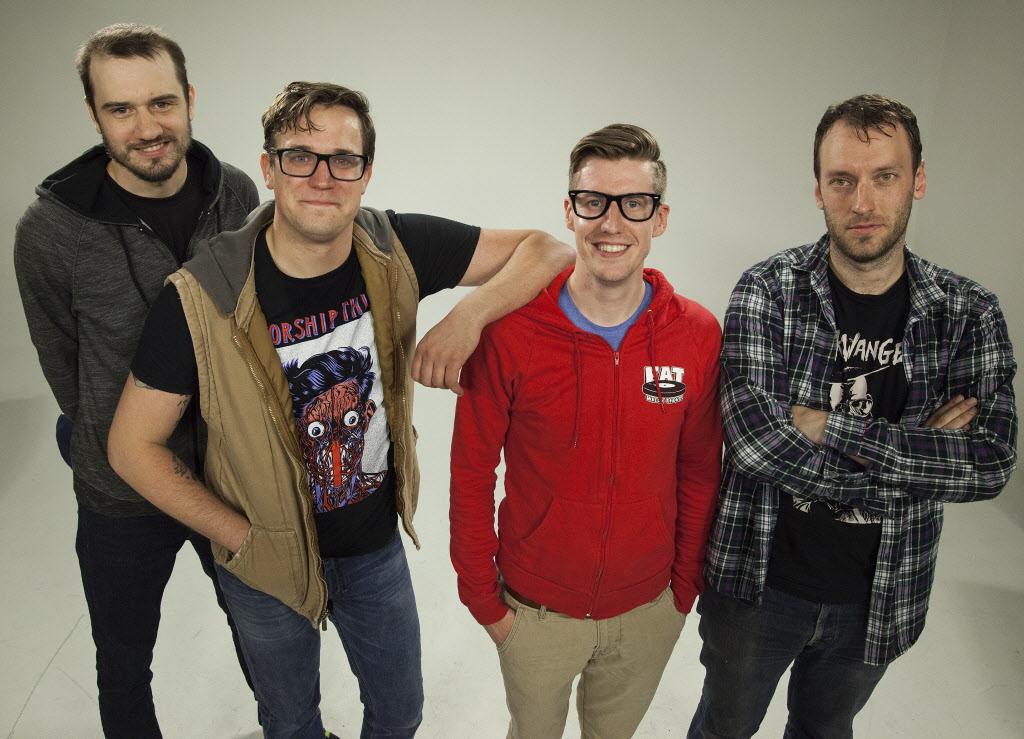 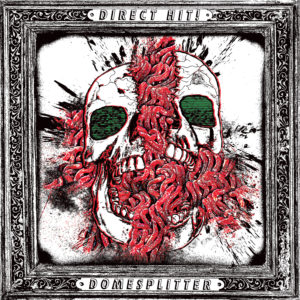 You’ re traveling through another dimension, a dimension not only of sight and sound but also of mind. It’s a journey into a wondrous land where boundaries are that of imagination. That’s the signpost up ahead – your next stop is the Twilight Zone! The time is the past. Anti-Establishment fantasy Rock and Roll group Direct Hit! have released their first full length record, a single copy of which is lost in the fabric of time and space. It reemerges in the present where it is recovered by an owner of a music record label, one “Fat” Michael Burkett, and redistributed to an unprepared world.

Before the drugs and bombs, back when the members of Direct Hit! were just wee babies, the band released a succession of five EPs on the internet. They decided to forego the traditional full length album, opting instead to release their music as comic book inspired “issues.” Then when they hooked up with Brooklyn’s Kind of Like Records to release a proper album, Direct Hit! did what Direct Hit! does and rerecorded 10 of the 22 songs from the EPs (see 2015 Red Scare release More of the Same: Satanic Singles 2010-2014) and passed it off as their very first full length album. Six years, two albums, a million splits, two labels, and a surge in popularity later, Nick Woods sold the masters to Fat Wreck Chords for a van*, and we are once again forced to buy Domesplitter (Reissue).

It’s weird talking about a bunch of songs that have been out for years, but after signing to Fat, releasing Wasted Mind, and touring with the likes of NOFX and Reel Big Fish, I’m sure the band has a gaggle of new fans who can discover this album for the first time. Domesplitter is ten songs of pop punk perfection. Where Brainless God and Wasted Mind were each tied down to their themes, these songs are free to go bananas. The topics cover everything from alien invasions to space colonization to Satan and Cthulu. If this WAS a concept album, its theme would be “fucking nerd shit.” As someone who is into fucking nerd shit, I appreciate that. “Snickers or Reese’s (Pick up the Pieces)” gives us the familiar “Fuck you, get pumped” intro before free-falling into an onslaught of pure punk pandemonium that doesn’t let up until “Kingdom Come.” That’s not to say “Kingdom Come” isn’t a great song; it’s just slightly slower and less frantic. If you like Home Alone 2: Lost in New York quotes to start your songs, then you’re in luck. “Failed Invasion” has you covered with a real direct hit of a quote. Hehe… sorry. It also has my favorite Devon Kay backup vocals ever around the 1:15 minute mark. Just listen for it. The album ends with “They Came For Me,” a giant sweeping gang vocal of a song, that caps off the album exactly like “Snickers or Reese’s” started it: perfectly.

I skipped mentioning a bunch of songs because I didn’t want to bore you to death with phrases like “’Satan Says’ rules” and “’Living Dead’ is tight” or “’Boredom Addict’ is dope”. There are only so many ways I can say that Domesplitter is one of those rare albums where every single song is a winner. Nothing feels like filler and you can listen to it beginning to end without getting bored. But I mean, when you have 22 songs to choose from you better not fuck that up.

5 out of 5 AKA the number of times I have bought or downloaded this album. So far.