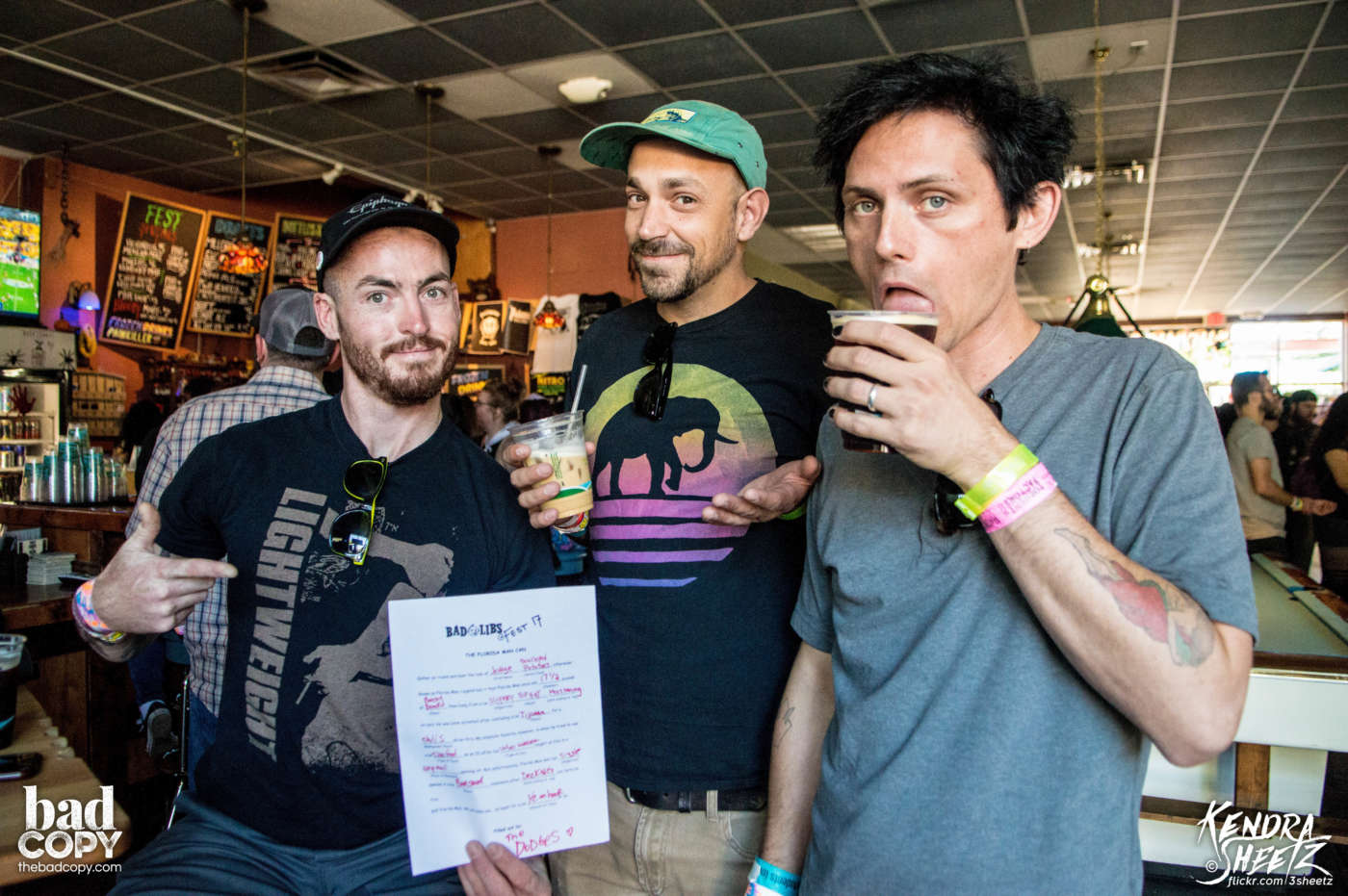 Fest 17: Bad Libs with The Dodges

They’re back! Bad Libs (our version of Mad Libs) went over so well during Riot Fest that we decided to draft up three new Florida specific adventures and bring them to Big Pre-Fest in Little Ybor 6 and Fest 17!

I caught up with San Diego’s The Dodges over at Palomino during Fest. The band released their newest album, Roll With, this year via La Escalera Records and has been touring around even since. Check out their Bad Libs below! We’ve also got some photos of them playing later in the weekend, so stay tuned for that too! 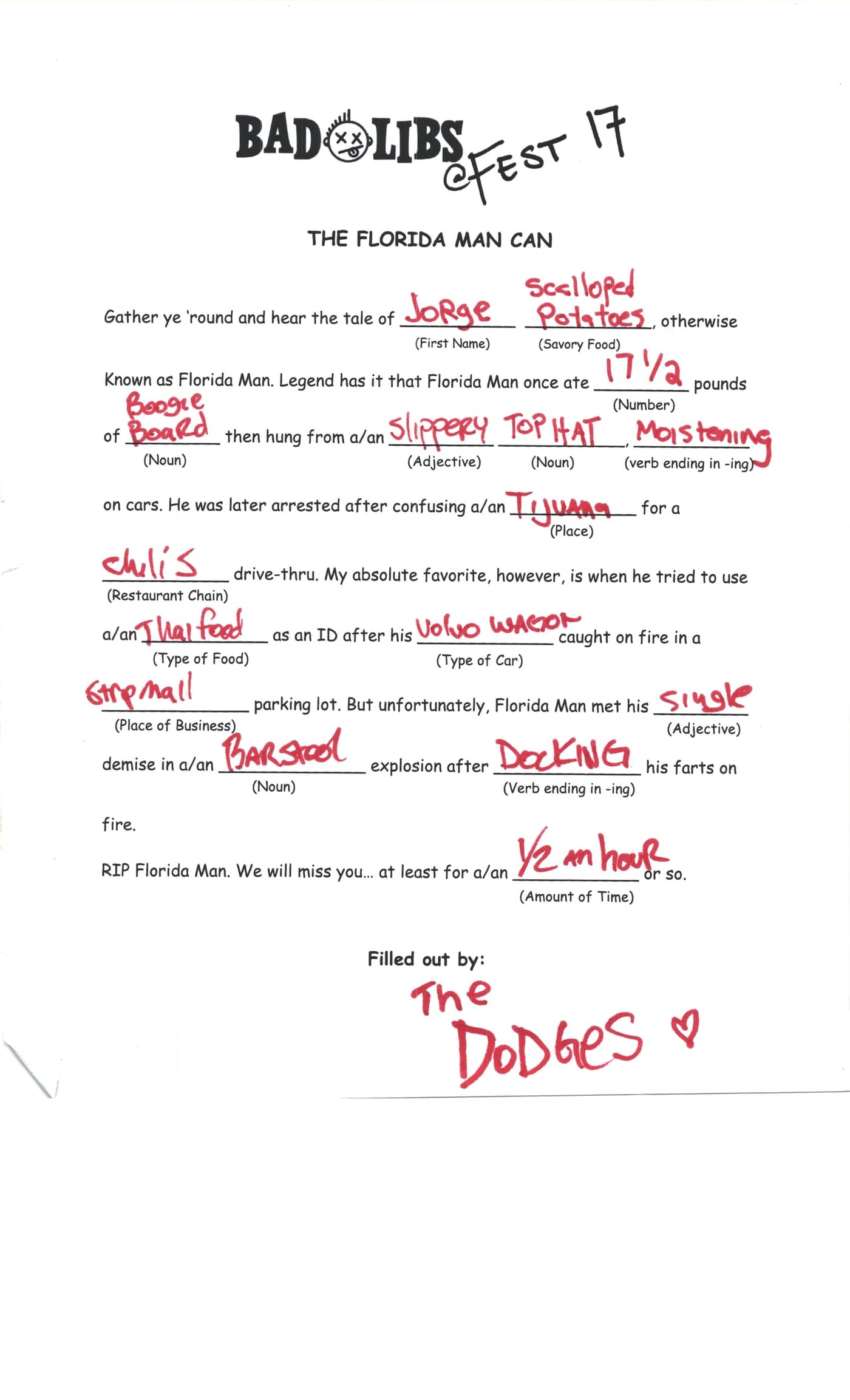