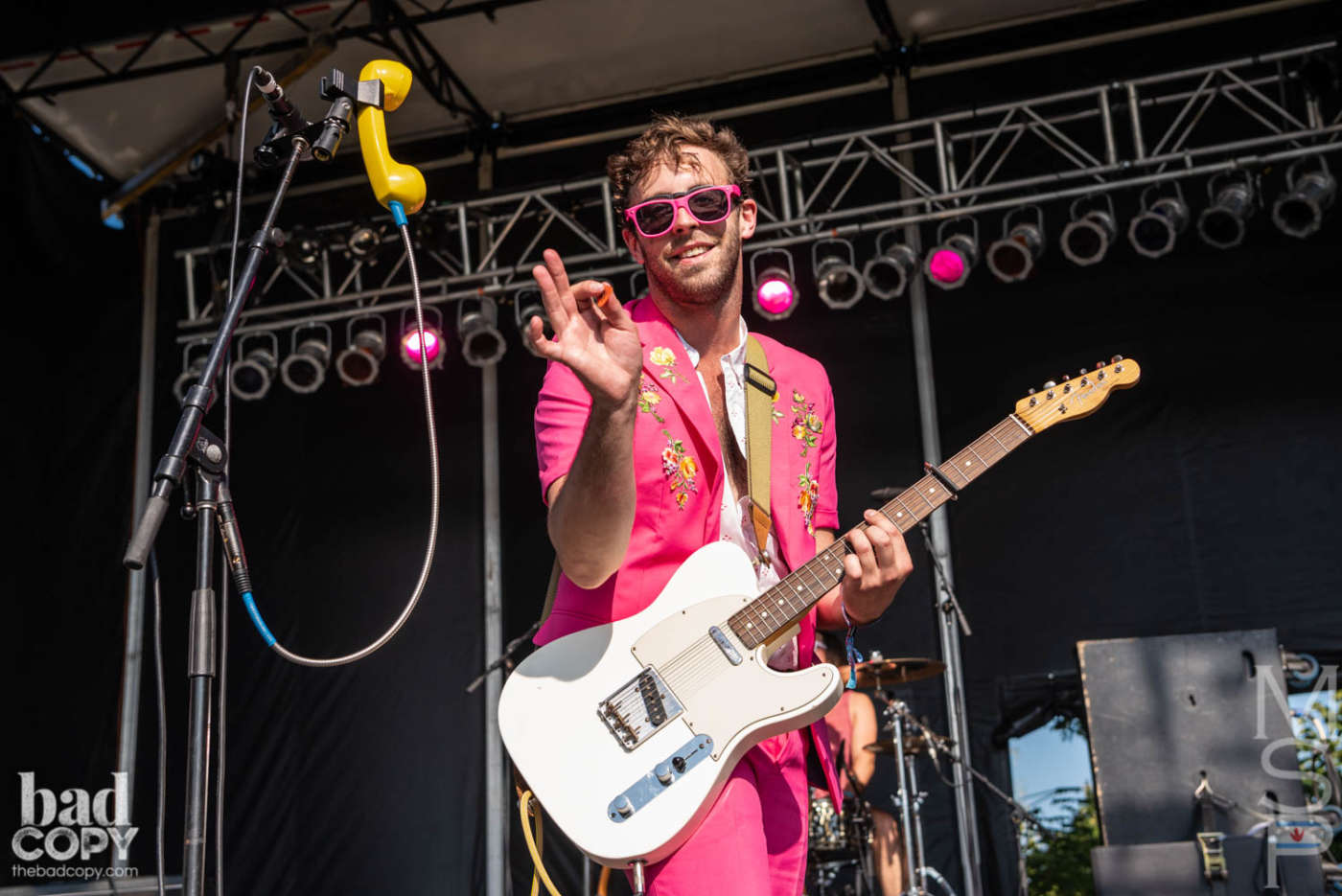 It was late on Friday evening. We were already exhausted and we were already fairly (really?) drunk. The next thing I know, a pink blur whizzed past us in the press area. There was some shouting. And suddenly, standing right in front of me, was Archie Powell (of Archie Powell and the Exports, of course!) in all of his blushing glory. He and his band were between interviews when we snagged them to fill out their own BAD LIBS. Unfortunately, they scampered away before we were able to get a photo of them so enjoy the photo that Mat took earlier in the day! 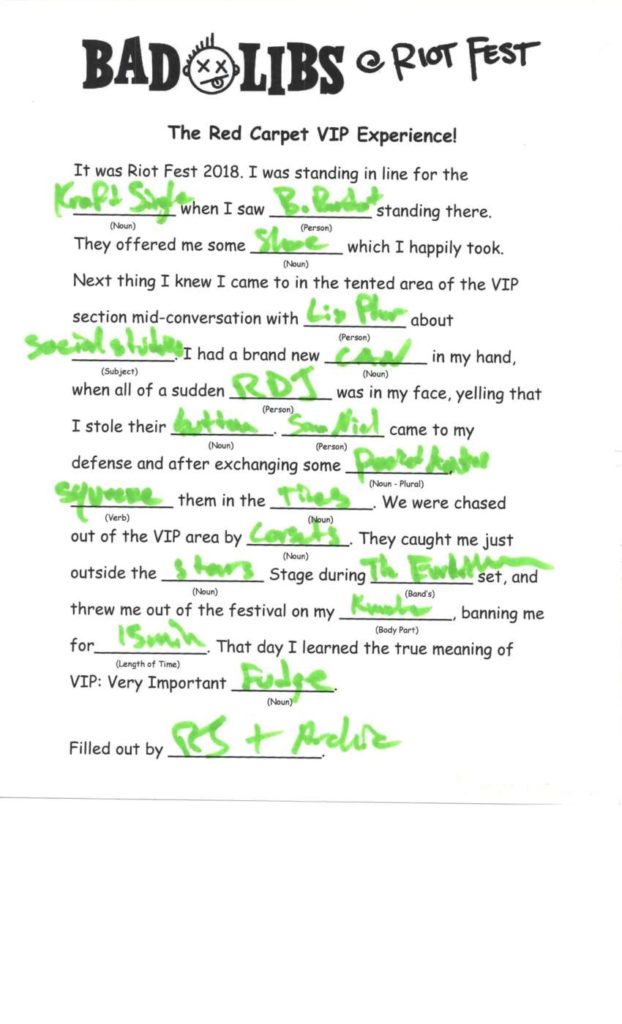