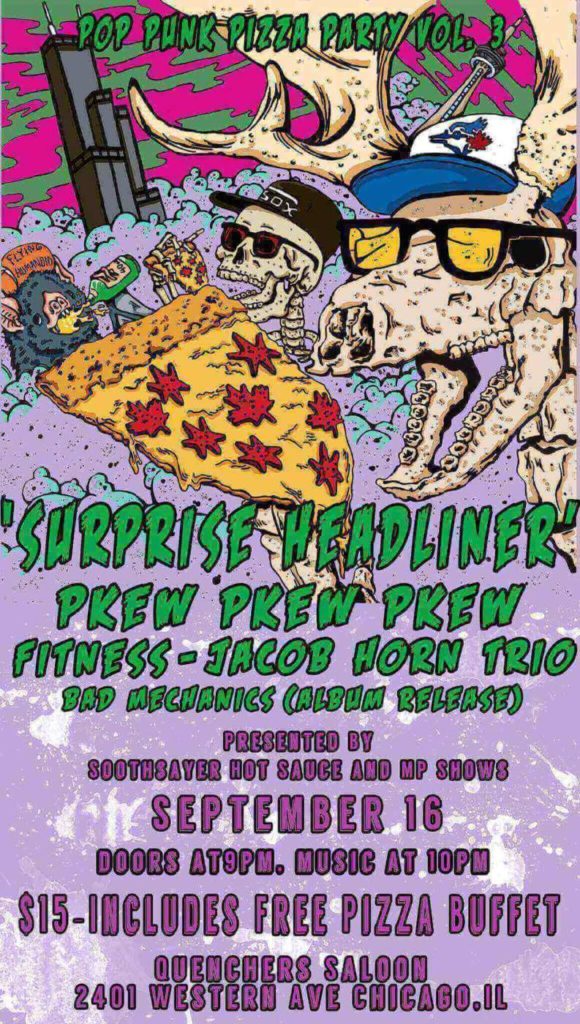 It’s that time of year again! With Riot Fest right around the corner, the Chicago-based hot sauce savants/Malort enthusiasts at Soothsayer Hot Sauce have announced the third annual Pop Punk Pizza Party unofficial after show at Quenchers Saloon. The show will take place on Saturday, September 16th and the party will feature some of the best acts Chicago has to offer along side everyone’s favorite Canadian party punks in Pkew Pkew Pkew AND a secret guest headliner.

This yearly series began in 2015 with the company’s official launch and secret sets from Riot Fest participants Elway and Direct Hit!. In 2016, Bad Cop / Bad Cop played a hell of a show and set the bar high for 2017. But this year will not disappoint!

Opening the night will be Bad Mechanics (featuring members of Galactic Cannibal, The Eradicator, and HEWHOCORRUPTS), who will be releasing their debut album at the show. Next up, will be The Jacob Horn Trio, who play a soulful, horn based blend of Midwest pop-punk jams with just a tinge of Springsteen. Fitness will follow, ripping through tracks off their latest release Puppet Show out now via Chicago’s Don’t Panic Records and Distro. The alcohol soaked tunes of Pkew Pkew Pkew would be enough to round out the evening, but trust us when we say that you’re not going to want to miss this year’s headlining act. It’s going to be monumental.

Tickets for the show will be $15 and include a FREE PIZZA BUFFET for all in attendance along with all the Soothersayer Hot Sauce you can stomach, of course. Grab your tickets here and now because this show WILL sell out! 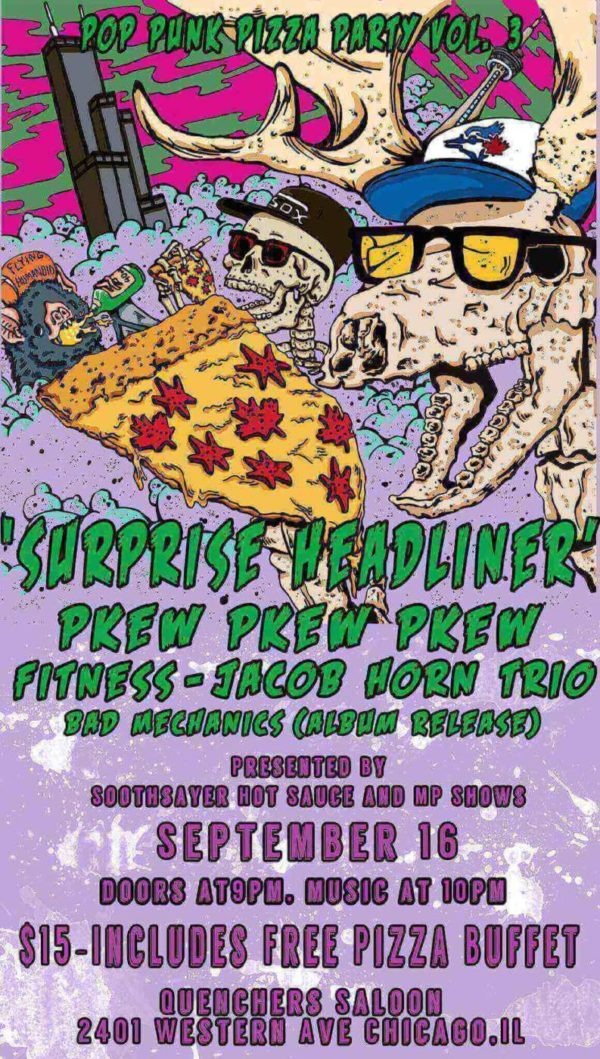