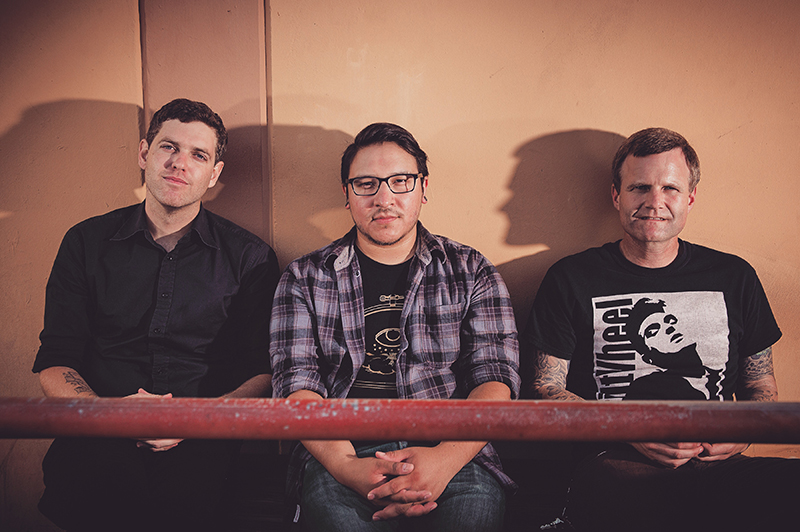 Southern California’s Squarecrow has announced that they will be releasing their new LP entitled Before the Sun Catches Us All on June 8th via La Escalera and Swamp Cabbage Records. Today we not only have a short, sweet, and humorous interview with singer/guitarist Todd; we also are premiering a music video for a new song off the album. You can pre-order your copy of Before the Sun Catches Us All now!

Watch the video for “Grazie Millie” (by Brian Lewis of Four Lights and Digital Decay Films fame) below:

Your previous album, Rammi Jamms, was recorded while all three members of the band were living in San Diego. However, you recently moved just north of LA. Did that distance create any differences in the writing or recording process of Before The Sun Catches Us All?

The writing and recording process was very different.  We wrote most of the songs for Rammi Jamms mostly while in different states, then I recorded the album myself with the help of friends.

For Before The Sun Catches Us All, we all went up to Sacramento to record with Pat Hills at Earthtone Studios and recorded everything within three days. Wake up with a cup of coffee and bass tracking.

Was there anything that you learned this time around that you didn’t know during the writing or recording of Rammi Jamms?

I learned the true meaning of Christmas through a series of visits from Ghost Kevin and Ghost of Future Dans.

Through all the wackiness and hi-jinks, I forgot to learn how to answer band related questions.

Does the band have any upcoming tours or shows planed for the year?

We have some Southern corner of the U.S. local shows – San Diego, LA, Imperial County, Yuma. All the other plans are top secret, AKA: Not Booked Yet. Oh, and we are playing Fest in Florida.

If each member of your band was a different snack (savory or sweet), which would each member be and why?