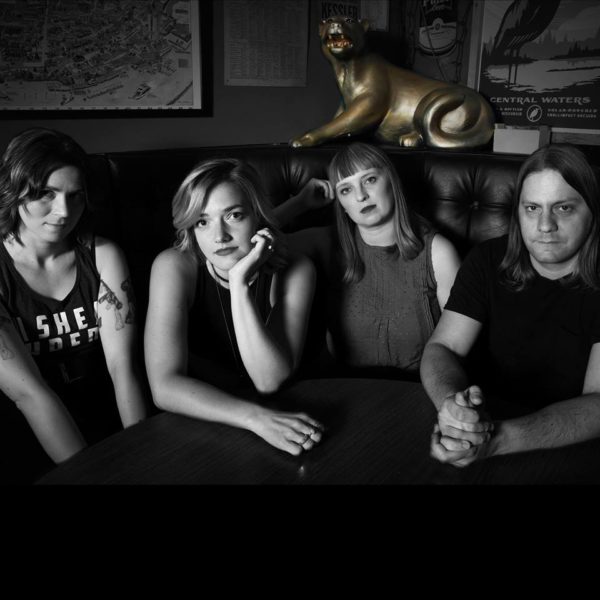 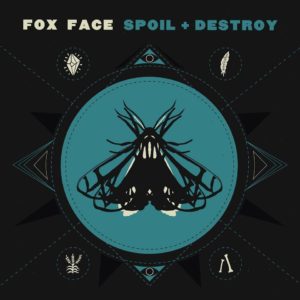 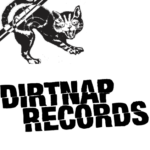 My 2017 policy of selecting new music to review based on how much I like the band’s name has been working out spectacularly. Keeping that streak alive is Milwaukee’s purveyors of witchy punk rock, Fox Face. It didn’t take long at all for their debut full length on Dirtnap Records, Spoil + Destroy, to cement itself a place in my End of Year List. It’s catchy, engaging, and a fantastic display of raw songwriting talent. Before even putting it on song titles like “Clever Girl”, “Nasty Woman”, and “I Believe in Science” had me giddy. All of those ideas line right up with me and I couldn’t wait to dive in.

Like any good thesis statement should, opening track “What You’re Good For” immediately introduces what the band is about: accepting exactly 0% of your bullshit and telling you about it over low-fi, in your face instrumentation. Fox Face draws influences from surf punk to hardcore, from Riot Grrl to a little 60’s psychedelic thrown in for good measure and makes it all brilliantly work together. Their lyrics are fiercely critical of the struggle of the oppressed and how commonplace the scorn they face for it has become.

“Clever Girl” eviscerates anyone who’s ever been guilty of accusing a musician of being “good for a girl.” It is such an antiquated and somehow still unfailingly common notion. I remember guys at venues telling my drummer she couldn’t park in the loading zone because ‘why would a girl play drums?’ Afterwards, she would make an ass out of them and someone would inevitably remark she was a great “girl drummer.” They sounded more like they were choking on their own farts than using actual human words. “Nasty Woman” refers to one of the few positive take-aways from America’s 2016 shit show of an election and warns those who care to emulate President Pussy-Grabber that the band, rightfully, bites back. The more voices calling out this nonsense the better. And Fox Face is contributing frequently and loudly. It’s a good thing.

Alongside their cutthroat politically driven songs, Fox Face also has fun. It’s been an awfully long time since I’ve listened to Britney Spears’ “Toxic” and I did not expect it to show up on this record, but here we are. I was walking home from work and had to stop and check my phone to be certain. Sure enough, Fox Face has put their own spin on this pop gem from 2003, slowing it down and somehow making it feel way sleazier in all the right places. Once the initial shock wore off, it’s pretty clear that the cover fits in perfectly and it’s hard to imagine the album without it. In fact, the band’s ability to string together heavily groove driven songs like “Hiawatha” or “The Moon and the Tide” with fast, driving power jams like “Girl Hater” or “Boogie Man” and make it all feel complete and 100% organic is one of the albums biggest strengths.

This group clearly has their sights set on big things to come and with a name that good and a debut as strong as Spoil + Destroy, there is absolutely no reason to think that you won’t be hearing a lot more from Fox Face soon.