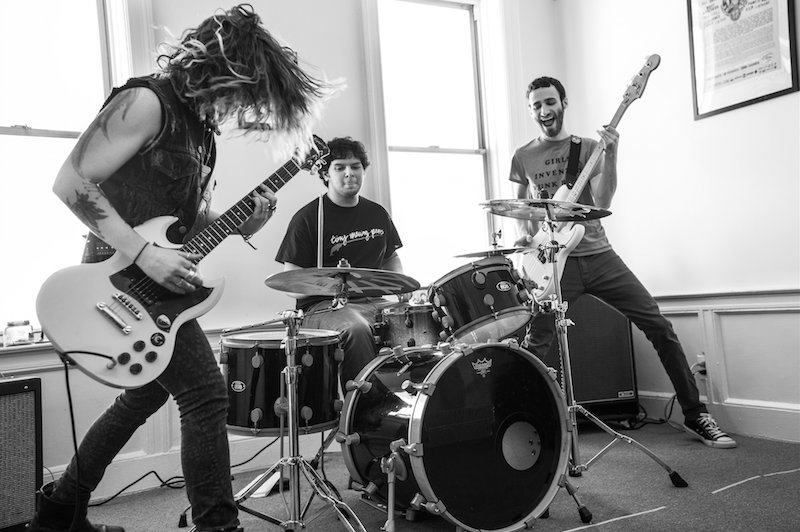 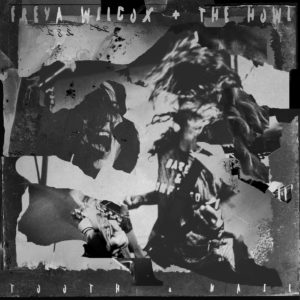 Sometimes good things can come from shit situations. Last August, I was informed that the site I was previously writing for had created a label and was putting out a split with Oh My Snare! and Freya Wilcox & the Howl. Not being familiar with either band, I did my usual musical vetting. While Oh My Snare! wasn’t really up my alley, I fell in love with Freya Wilcox & the Howl. Their sound was different. Less pizza and rainbows pop punk and more drinking shitty whiskey in a dingy, musky old dive bar rock and fucking roll. It was exactly what I didn’t know I needed. The icing on the cake was that they were playing in San Diego soon; the rock and roll gods were kind that day.

I was a little nervous leading up to the show. I wasn’t sure who booked it, but it definitely wasn’t through the usual channels. There was no Facebook event page. There were no fliers. No opening bands. No time. No one I knew even seemed to know about it. All I had to go off was the announcement post that only said “August 24th – San Diego, CA @ The Tower Bar.” Whatever. I picked up my girlfriend, crossed my fingers, and headed south at what I hoped was the right time. We pulled into the parking lot of the Tower Bar… it was just us and a white van. Weird. I hopped out to throw away some trash and was immediately accosted by a dude asking me if I was the promoter. “Nah dude, I’m just here for the show.” A wave of relief washed over his face. “Oh cool, so we can play now. Awesome.” Turns out, this man was C.J. Dunaieff, the drummer for Freya Wilcox. A few more people showed up. They were strangers and friends who I demanded drop everything and come to the show. There were maybe ten or so of us total, but that didn’t stop the band from putting on one of the best shows I’ve seen in a while. They played like the place was packed on a Friday night, baring a piece of their souls with all of us who were smart enough to come witness.

I jammed their two EPs like whatever the equivalent of wearing out a cassette would be in this digital age of music. I guess it’s just racking up a high play count. Whatever. Luckily for us all, they have bestowed upon us a brand new full-length album, Tooth & Nail. Following what seems like a trend as of late, it’s only nine songs of dirty rock and roll. This is a trend I can actually get behind. While nine songs seem like we get shortchanged, that’s actually bullshit. A lot of the ten to twelve song full-lengths always have that meandering middle section that seems like a bunch of filler songs thrown in specifically to get the album to an “acceptable” length. Fuck that. Quality over quantity and all that jazz.

Tooth & Nail opens with “Skin” which, along with its music video, is a straight forward unapologetic song about fucking. If that doesn’t grab your attention, I don’t know what will. And that’s just the first song on this journey through all the good, bad, and fucked up shit life has to offer. There’s love (“Kill Me”), loss (“All In”), and mental health problems (“Wears Me Down”). “Leaving” is an over six minute long track that smashes all the previous topics into one epic amalgamation and is, in my opinion, the crowning jewel of the Freya Wilcox & the Howl discography so far. There is something about the way Freya’s raspy voice and guitar collides with the bursts of C.J.’s drums and is all backed up by Craig’s bass; it just all comes together in an outstanding way. Obviously, I am super comfortable writing about the technicalities of music.

We revisit Freya’s first solo EP with “You Would Do The Same For Me”, re-recorded here with the full band. The album closes out with “Freightliner” and “Bitter End”, the latter of which begins with the excellent line “Well I hope when I die it’s fucking over/ ‘Cause I don’t want to do this shit over again.” It’s a super dark song, but in the absolute best way possible.

Freya Wilcox & the Howl comes out strong with their first full length, but if you have been paying attention at all, that’s not really that surprising. This is one of those bands that I can’t wait to see succeed and grow. I’m hopeful for a long and successful career. And hopefully to give San Diego a chance to redeem themselves.

Tooth & Nail: 20 out of 20 cigarettes I’m going to smoke while drinking whiskey and blasting this album on repeat.