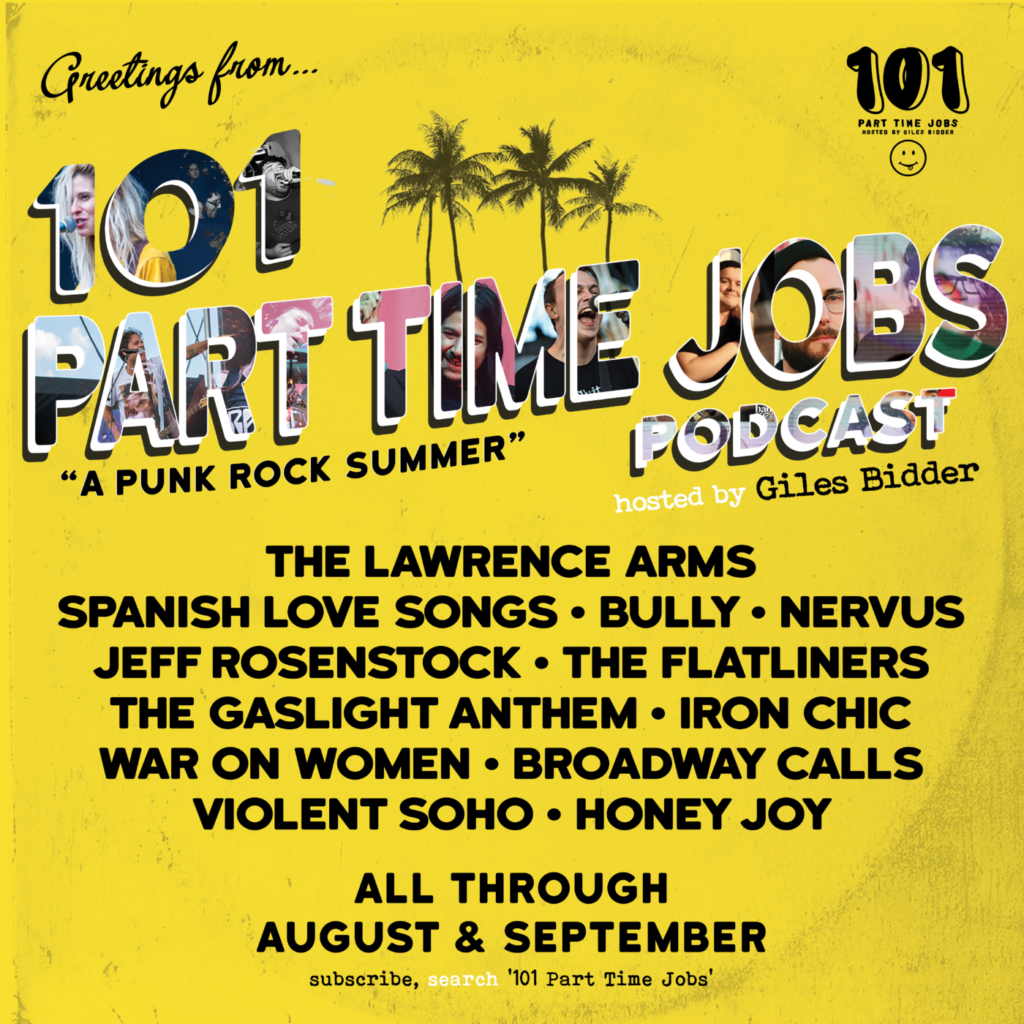 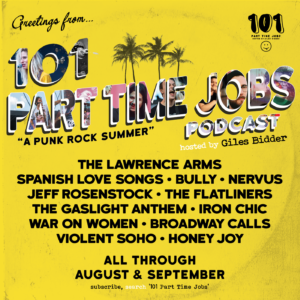 The focus of the podcast is to interview bands about their chaotic journey to becoming artists full-time – and the side-jobs they’ve worked to support themselves. The idea came from Giles’ time playing in the band Great Cynics, where – at the height of touring – he worked as a gardener, a delivery driver, and a fence-builder among other strange cash-in-hand roles. All of which had an impact on the person he became. The podcast is produced by Mighty Moon Media (producers of ‘Creeper: The Story Of… Sex, Death & the Infinite Void’) and the announced episodes run all through August and September.

Check out the latest episode of 101 Part Time Jobs below!