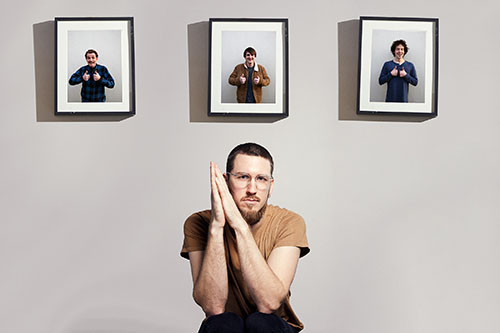 Austin’s own Big Loser has chosen not to stand on the sidelines. After the tragic death of George Floyd and the on going displays of police brutality, the band wanted to give back to their community. So they penned a song titled “Ruby Red” and decided to donate all money from the single to The Austin Justice Coalition.

Chase D. Spruiell had the following to say about the new track and the donations:

“In the wake of George Floyd’s death, it became apparent in vividly horrible colors the amount of systemic racism that has been and still is in place in America. Countless black stories were shared via social media along with raw footage of police brutality. Just recently a video was released of an unarmed black man, Jacob Blake, being shot in the back by police in front of his kids. It’s still happening. It’s difficult to not be emotionally affected by all of it, and that’s why we wrote “Ruby Red,” in hopes to release it and raise some money for a righteous cause. The Austin Justice Coalition is a racial justice group that educates and builds community power for people of color who live in Austin, Texas, that need support, community, and liberation during a time of systemic injustice in America. The issues in America run deep and wide, but we chose to team up with AJC because we believe the fight for justice starts locally and they’re a great organization helping those in need right now.”

Like what you hear? Grab your copy of Big Loser’s latest album, Love You, Barely Breathing, released earlier this year on Black Numbers.