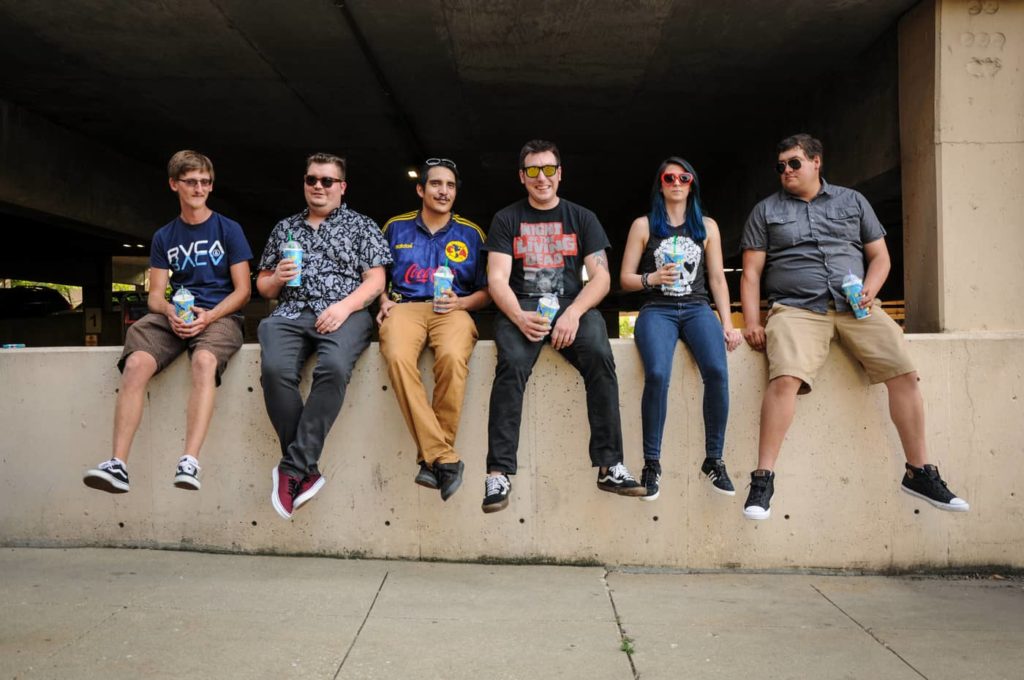 Bumsy and the Moochers has announced that they have signed with Imminence Records! The six piece Chicago band has been playing all around and suburbs since 2012, spreading the gospel of their 90s pop punk and ska reminiscent sound. Lead singer/guitarist Caitlin had the following to say about the news:

“When Imminence Records asked us to be a part of their family, we were super excited! We knew of the label and how it could bring us to the next level. It was perfect timing when they asked us to sign with them as we were just finishing up recording our second full length album. We are happy to release this new album with such an amazing and diverse label. This album has our greatest music yet and we love that an awesome label is giving it the attention it deserves. Thank you Imminence Records for this opportunity!

Today, we’re stoked to be streaming a new song, “The Truth,” off the band’s upcoming album which will be released later this Fall. Caitlin also gave us her thoughts on this new track:

“This song is one of our favorite songs on the record. We love it and we know everyone else will love it too, that’s why it’s one of our singles. The lyrics are honest and the chorus is super catchy. Plus the horn lines are super fun. Dan, our second guitarist, wrote the chorus chords and lyrics hammered on a shitty winter day. Most of the songs on the new album were written in Dan’s basement during practices on shitty winter days.

Dan brought The Truth’s melody and lyrics to the rest of the band. I wrote the verses and bridge lyrics, the rest of the song’s structure, horn lines, etc were written by the whole band. The song is about a person who everyone has known at least once in their lives. Someone who talks a big game about themselves and puts down others. They think they’re better than everyone else, but when they are confronted or called out, they are shown to be a coward or someone who is no big deal.”

Listen to “The Truth” now and keep checking back for more news on Bumsy and the Moochers!