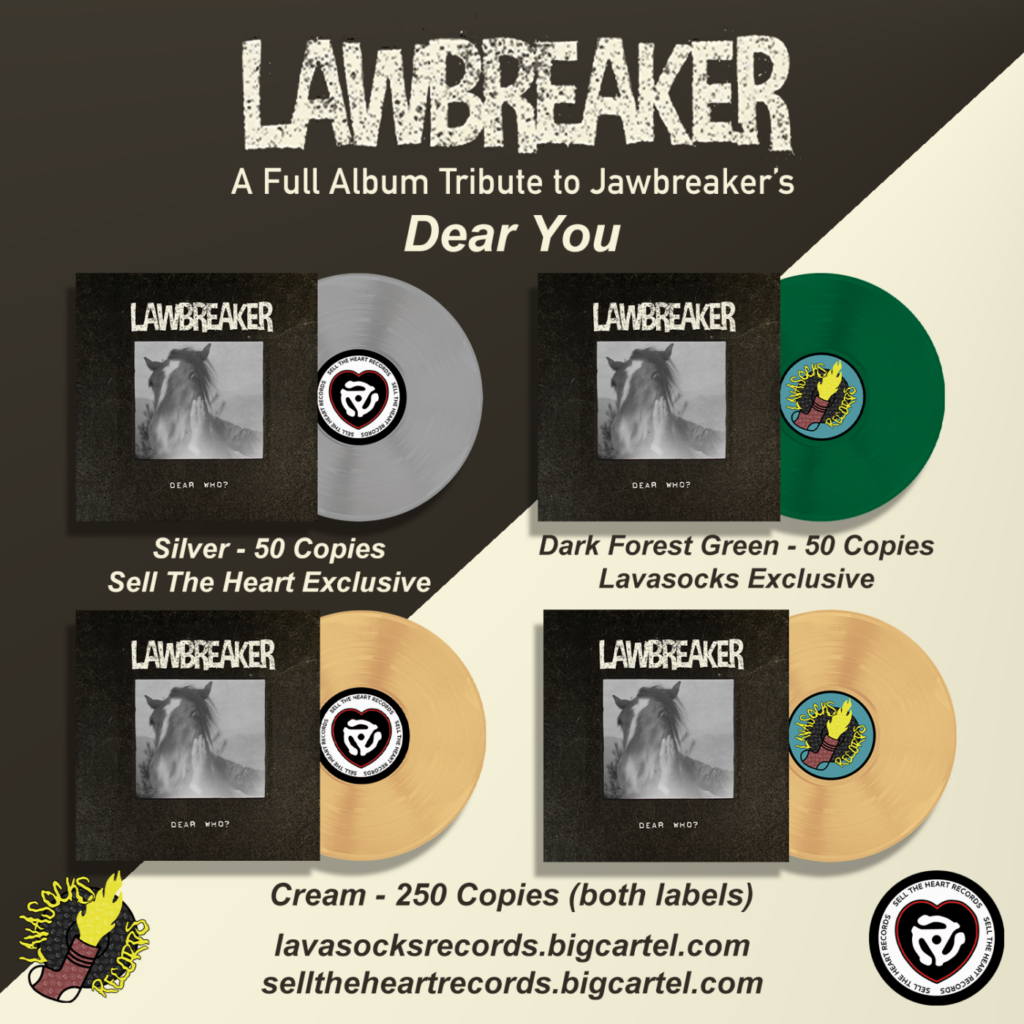 Sell The Heart Records and Lavasocks Records have teamed up yet again to release a full album tribute, this time for Jawbreaker’s classic release, Dear You. Previously, the two labels had released a full album tribute to Rancid’s seminal full-length, …And Out Come the Wolves.

Two songs from the effort are currently available to preview including one from Jonah Matranga – whose classic bands like Far and New End Original took some clear influence from Jawbreaker. Jonah turned “Basilica” into a tender, stripped-down acoustic song, and here’s what he says about it:

“More than any punk/indie/emo band I can think of, Jawbreaker is actual poetry/prose set to music. Blake has inspired me forever on that level. My main focus while making this take on ‘Basilica’ was to put the lyrics at the forefront, so people would maybe hear the song differently, hear words they’d never heard, with all that aching imagery laid bare.”

The other is from fellow Gilman vets Middle-Aged Queers who did a version of “Fireman” that they renamed “Fireperson,” and they approached it in a way that was inspired by the rawer sound of Jawbreaker’s earlier records, as frontperson Shauners explains:

“As a ’90s Gilman kid who saw Jawbreaker at their ‘we’ll never sell out!’ show, I remember the jokes cracked about this song and the accompanying music video. The thing is, the song was a total bop. Still is. Flash forward 25 years and it remains one of my favorite Jawbreaker songs. We altered it slightly to reflect contemporary sensibilities and our own flair. The result? Our version sounds like it could be part of the Unfun or Bivouac sessions … and, well … gayer!”

And listen to “Fireperson” too!