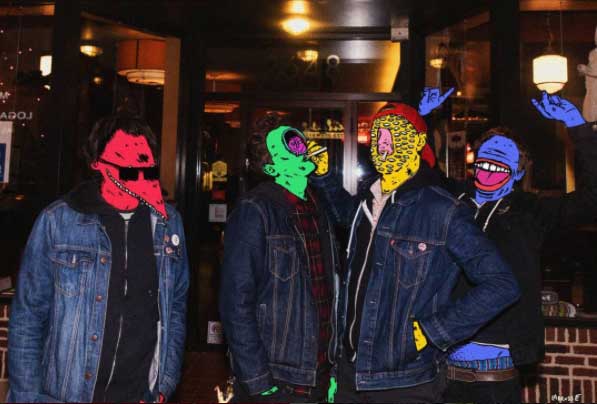 I’m sure this has happened to almost everyone. You go to a lot of shows. You know (or at least know of) a fairly large number of bands. With the help of event pages on Facebook, you know what band is playing at what venue with what openers almost every night of the week. But there’s never enough time to keep up with all the locals, at least not if you live in a major metropolitan area like Chicago. That being said, I had heard of Fitness for almost a year before I actually saw them play just a few months ago at Liar’s Club. Saying I was blown away would be a vast understatement.

On Saturday, May 27th, Fitness will  be releasing their second record entitled Puppet Show. The band has matured and honed in their sound while not losing their musical signatures. Chicago’s Don’t Panic Records & Distro is releasing Puppet Show and pressing a run of 300 7’s – 100 on violet and 200 on traditional black vinyl. Pre-order those babies now!

Today, we are stoked beyond belief to be streaming the new album in full. You can check out all six tracks below. If you’re in the Chicagoland area this holiday weekend, you can also pick up an album in person if you head to Subterranean downstairs on Saturday. Join Rad Payoff, Butchered, and Fitness in celebrating the record’s release!