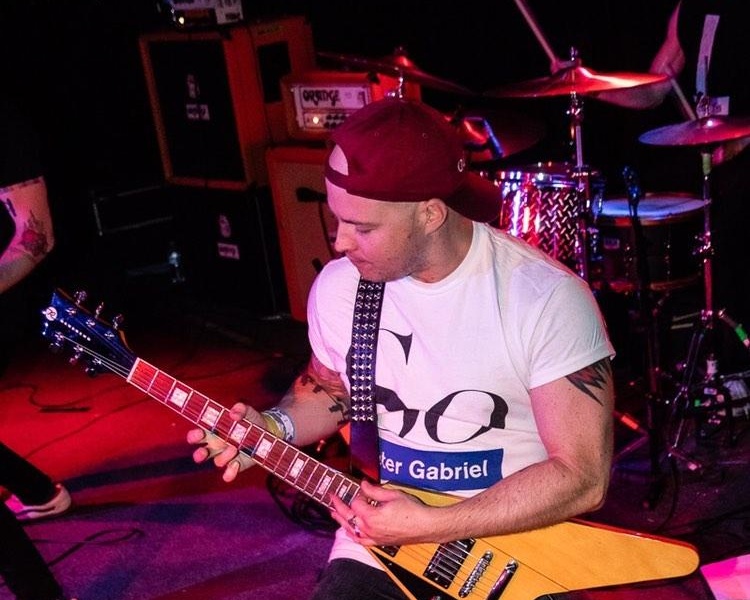 Tomorrow, Dave Williams (Crusades, Steve Adamyk Band, Sedatives) will be releasing two solos songs via Drunk Dial Records. For those who are not familiar with the label or concept, Drunk Dial is a series where bands are challenged to go into a studio, get drunk, then write and record an original track and cover a classic on the spot. Dave, now working as a solo artist under the name Careful, chose to cover the Australian band Smudge’s 1994 track “Ingrown.”

Careful had the following to say about the new project and new tracks:

“To say that the emotional impact of CRUSADES’ end caught me by surprise would be a massive understatement. Going into our final shows, I’d convinced myself that I was prepared for it to be over. What I hadn’t fully comprehended was just how entwined my identity was with this band that I’d been a part of for the past decade. I hadn’t really considered what it would mean to put it behind me.

I was thirty-seven years old, and I’d spent the past several years touring and recording with CRUSADES (among other bands), making genuinely profound connections with people around the world, and putting out records with folks I absolutely loved. I had an outlet for anything and everything I thought and felt, which, amazingly, a surprising number of people connected with.

Even though I knew it had run its course, when the band finally ground to a halt, I was lost. I wasn’t sure who I was without CRUSADES. I didn’t know what the end would mean for my relationships with my bandmates; for my connection to a community I’d already feared I was losing touch with and aging out of; for my ability to grapple with the often difficult thoughts and feelings I’d always had a vehicle for.

I truly mourned the loss of CRUSADES. But it wasn’t just the band. My sorrow was deeper than any one band or scene. I came to realize that it was the kind of deep-seated sadness that could only be managed by regular unpacking and exploration. And the one thing I couldn’t do was hide it away. Covering it up wasn’t an option.

And therein lies the impetus for CAREFUL: an outlet, still within my chosen musical community and family, for the core ideas and events and beliefs that shaped and continue to shape me, for the sake of my own mental health and conveyed by what I hope is a universal-enough approach that it can possibly help and/or inspire others as well.

Musically, I’m reaching back to the early-to-mid 90s, before I became completely entrenched in the self-imposed confines of hardcore and punk rock, to the bands that eventually led me there: The Lemonheads, Juliana Hatfield, Dinosaur Jr, Doughboys, The Killjoys, Punchbuggy, etc: the first bands that felt like they were ours and not just our parents’ music.”

Stream the new 7″ and keep checking back for more from Careful and Drunk Dial Records!

Like what you hear? Of course you do! Grab your copy of the 7″ today!