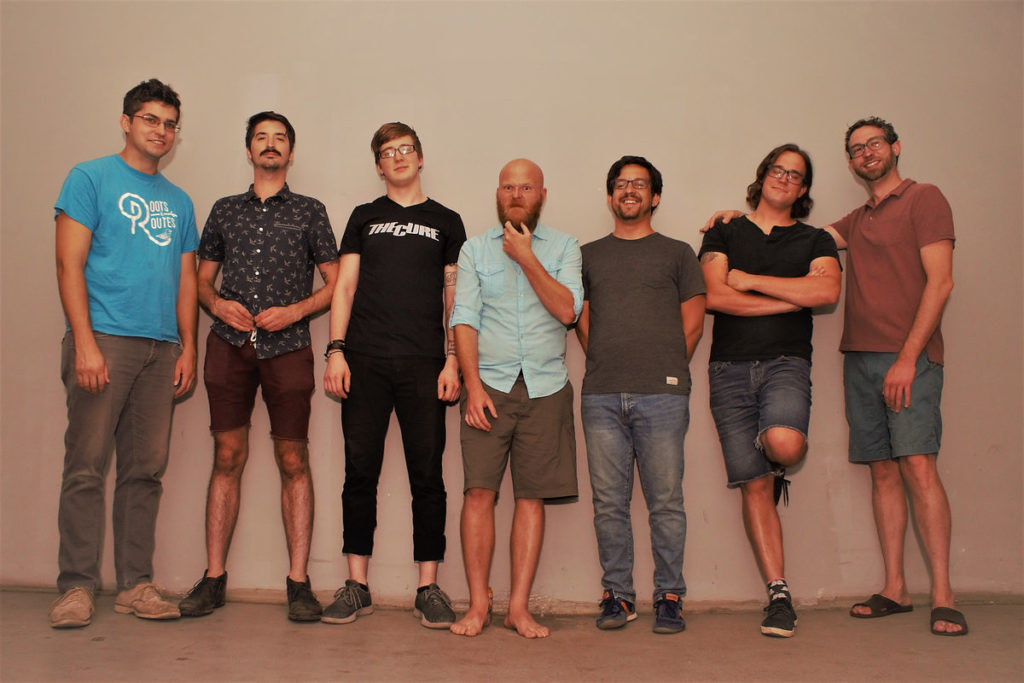 Chicago’s Jacob Horn Trio has self-released a new EP today, just in time to sneak onto your End of the Year Lists! If you’re not familiar with this Midwestern seven-piece (yeah, that’s right. Their name is a total lie. But we won’t hold it against them), you need to catch up. I’ve had their 2018 LP release Why Though? on repeat for a year and make it a point to see them live whenever I can.

The man himself, Mr. Jacob Horn, had the following to say about the five song album, entitled Places:

“This EP follows classic Jacob Horn Trio tropes: friends moving away, anxiety, bars, crying at sappy movies, etc. The release is called Places because each track is explicitly about a specific place that had a significant impact on my life in Chicago. The apartment I lived in for five years, an intersection downtown that I spent too much time at, a state where a friend went to in order to get better, a bar that reeks of nostalgia, and a theater that hosted what became a Chicago-family tradition.”

Stream Places in full and check out the below track list now!