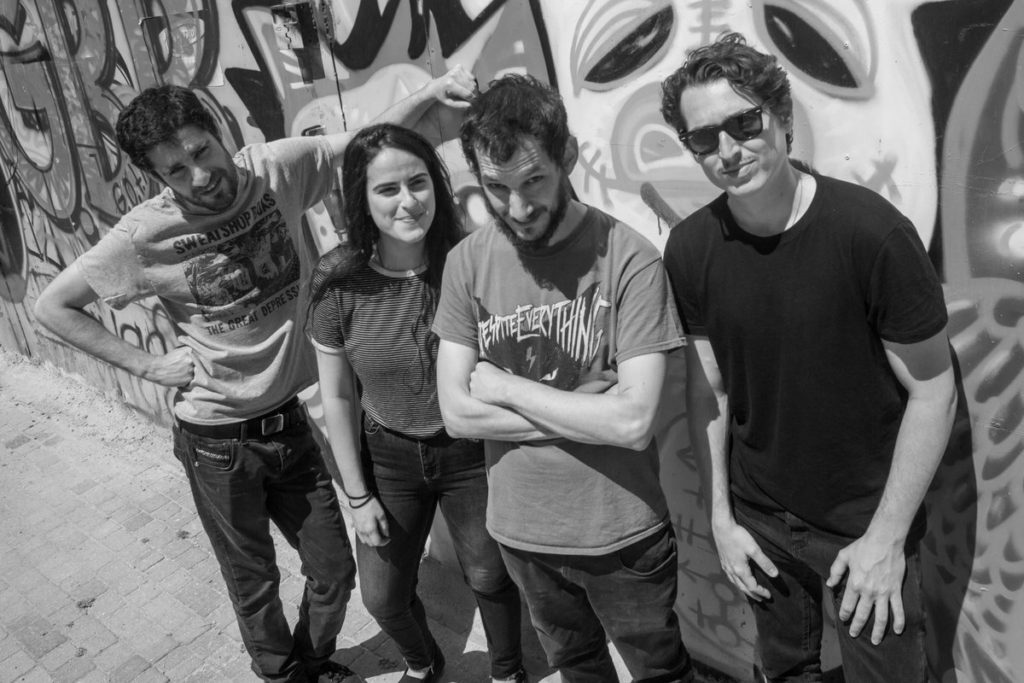 Two years ago, Tel Aviv’s Not On Tour released their album Growing Pains to rave reviews. This year, SBÄM Records has collected the B-sides from Growing Pains to give the band’s fans one of the most obligatory collectibles this year: the 7″ record Outtakes. The new album will be released on September 3rd both digitally and on vinyl. Vinyl options include red and yellow color variants and pre-orders are live!

Not On Tour was formed in 2008 as a joke – a band project to play during the summer and entertain all the left-behind punks in Tel Aviv who were also “not on tour” and stranded. But the first set and additional shows were so fun that the band was too excited to ever break up.