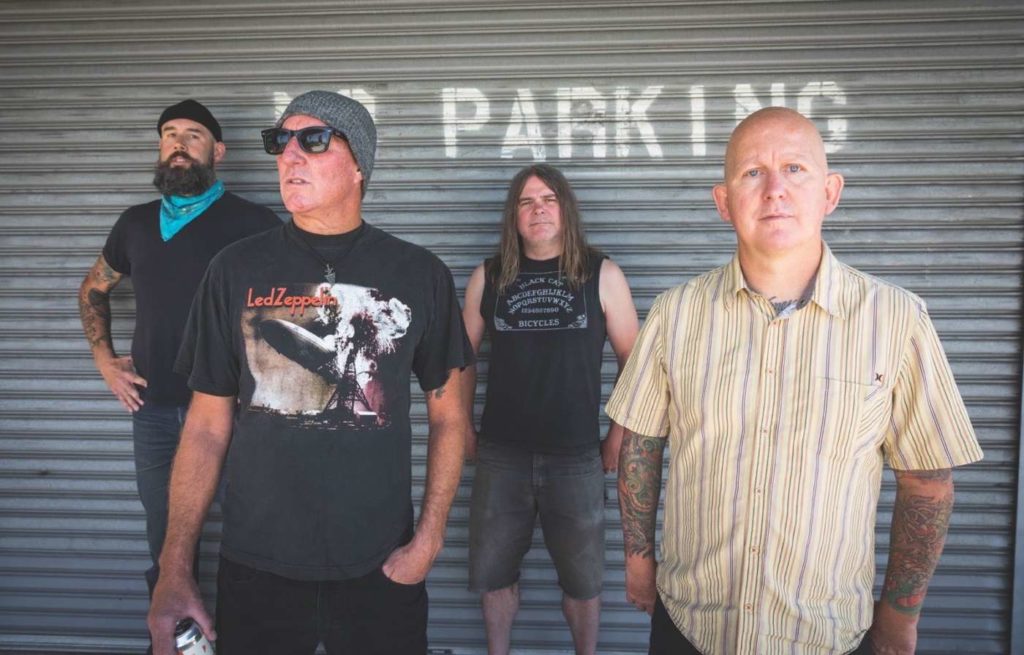 Santa Cruz-based band Seized Up has released a brand new single off their upcoming EP release Marching Down the Spiral. The new EP is set to be released in March of this year via Toronto’s newest, loudest label Cursed Blessings.

Seized Up is somewhat of a super group with members spanning from different spectrums of Punk Rock with former and current members of bands like The Distillers, BL’AST, All You Can Eat, and Good Riddance. The band’s first album, Brace Yourself, was released via Pirate’s Press Records and was an instant favorite with old school lifers and new age Punk Rock Hardcore fans alike.

Stream the title track from Marching Down the Spiral below and keep checking back for more from Seized Up.

Like what you hear? Of course you do! Make sure to pre-order your 7″ vinyl copy of the album. Vinyl nerds listen up! The album will be released with three different color variants – black, gold, and clear!