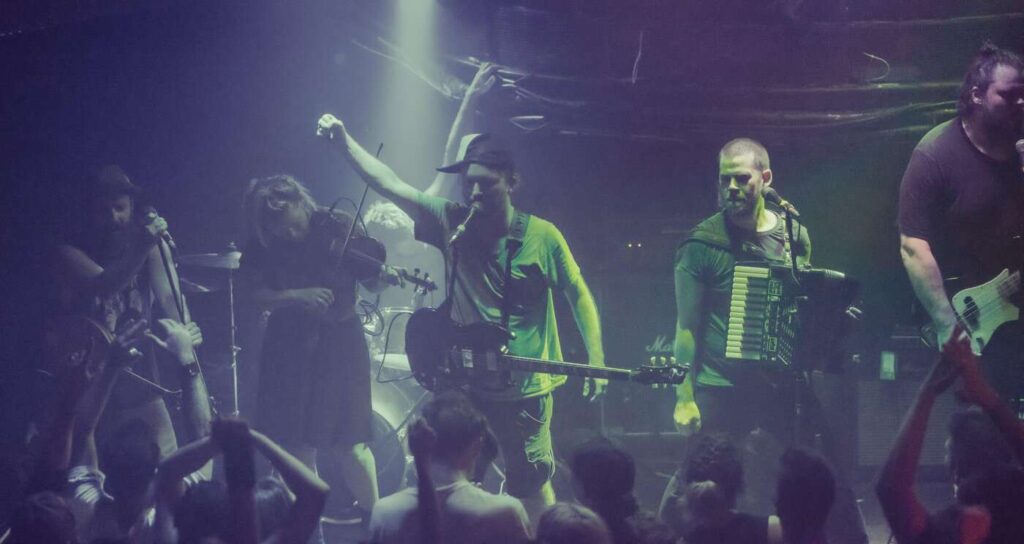 The Dreadnoughts has released a new single entitled “Cider Holiday” just in time for St. Patrick’s Day! The NYC via Vancouver-based band is offering up this track as a teaser off their new LP, Roll and Go, out June 24th on Stomp Records. It’s a Celtic-Punk’s tribute to the finest real farmhouse cider in the world, an extended meditation on the joys of exploration and booze.

After ducking and weaving through countless travel restrictions, The Dreadnoughts managed to converge at Factory Underground Studios in Norwalk, Connecticut, to learn, record, and mix an entire album in nine days.It was an intense experience made even more so by the fact that six guest musicians were recording their own parts in six different cities around the world, and that all of this had to be coordinated with virtually no time.

Stream “Cider Holiday” and pre-order your copy of Roll and Go today! The band will also be headlining two nights at Vancouver’s Rickshaw Theater on March 19th and 20th. Check out that info below!