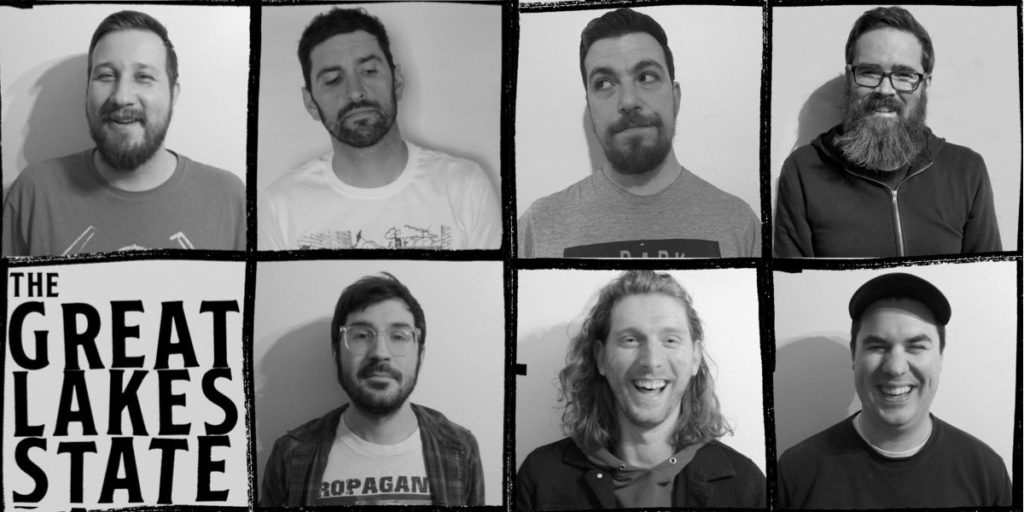 For some time, not so subtle hints led to hushed rumors of the forming of a collective supergroup have been spreading around the Grand Rapids punk scene. Those rumors were just proved to be true.

Members of some of the city’s most influential bands like Cain Marko, Low Cloud, Wormburner, Bong Mountain, North Lincoln, and others have joined forces to assemble The Great Lakes State.

Today the new band swooped in unexpectedly to drop their first EP, mixed and mastered by Rick Johnson. The group also announced details about their first stacked hometown show with Radiator Hospital, Big Nothing, and I Believe In Julio at Corner Record Shop on May 15th.

Stream and download the two song EP below and keep checking back for more updates on The Great Lakes State!