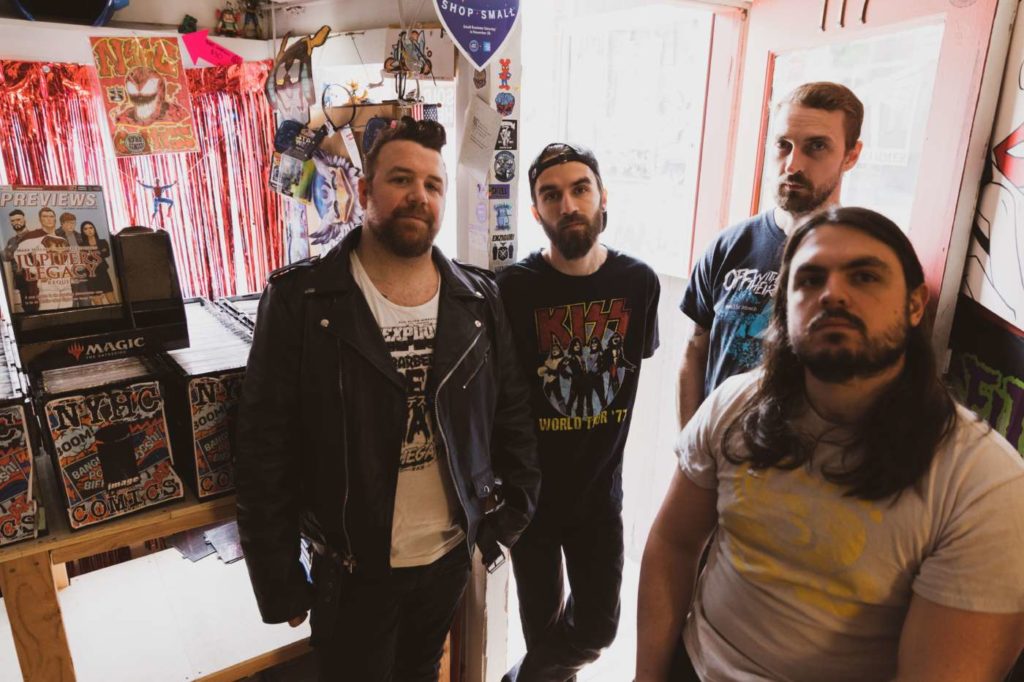 The Jukebox Romantics has recently released a new single entitled “Hey Nora.” The song will be featured on the band’s long awaited Fires Forming EP, a co-release between Sell The Heart Records (US) and Engineer Records (UK). The album will be officially released on December 17th.

Vocalist/Guitarist Mike Terry had the following to say about the upcoming release:

“Early 2021, we finished the songs and were eager to find them a home. We had a pretty rough release experience with our last full-length and wanted to make sure this gem of an EP was handled with care. And with that, we wanted to work with friends, because who can you trust more than friends? So we had reached out to Andy from Sell The Heart Records cause we love what he’s doing with the label and more importantly love him as a human. Engineer Records got on board as well after talking to Andy about JBR. Engineer really get behind bands that encompass a lot of our DIY ethos on touring, working hard, and being genuine people. Five songs, five songs that draw a line in the sand, asking the listener to look inside themselves and see where they land internally and externally? Five songs that pack so much heart, it could only be contained on a 12″ record. That’s right a 12” five songs EP… because that’s how we roll.”

Stream the new single below and check back soon for more from The Jukebox Romantics, Sell the Heart, and Engineer Records!