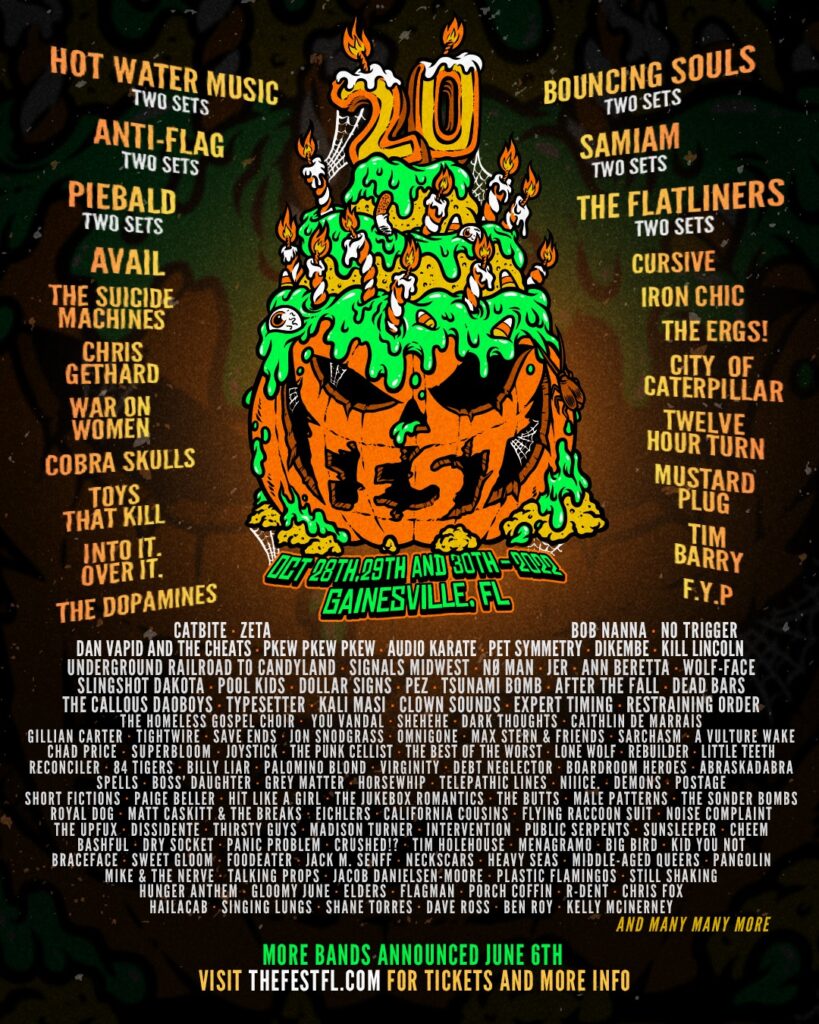 After a couple of pandemic-y years, The FEST is back with the first wave of their 20th anniversary lineup featuring double sets from Hot Water Music, The Flatliners, Anti-Flag, Samiam, and more!

Passes and hotel rooms go on sale at 4:20pm on April 20th on TheFestFl.com, as per tradition, so set those alarms now. We can expect another wave of bands to be announced June 6th.

Check out the full first wave lineup below: