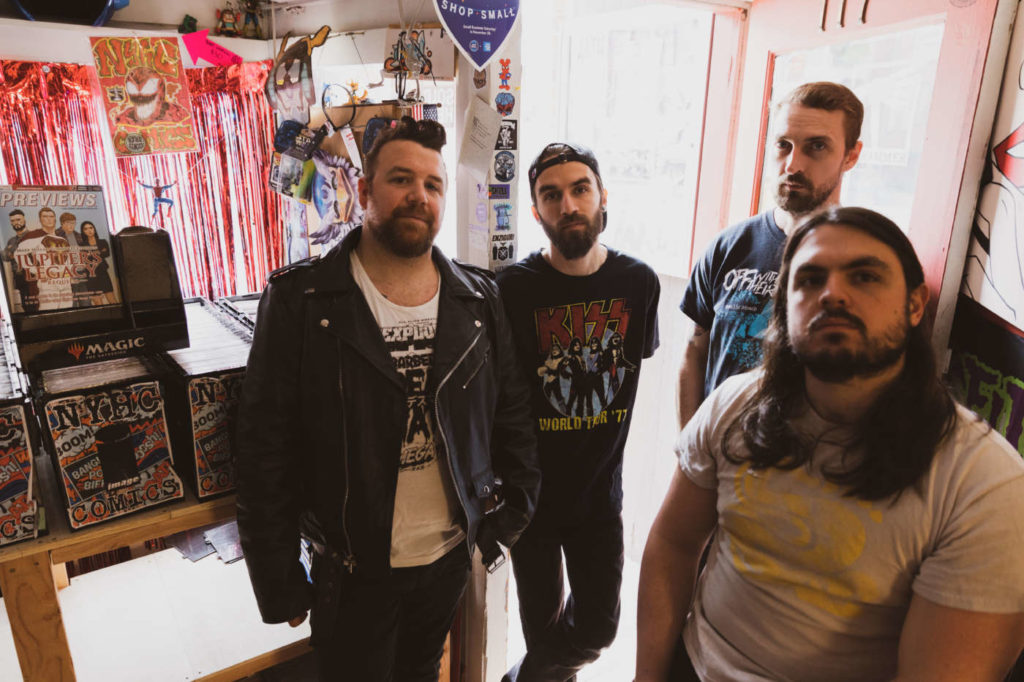 New York Pop-Punk outfit The Jukebox Romantics has released a brand new video for the first single of their upcoming EP, Fires Forming. The new album will be released on 12″ vinyl on December 17th via Sell the Heart Records (US) and Engineer Records (UK).

The video for the first single, “Hey Nora,” is a mashup that pays homage to Mariah Carey’s “Fantasy” music video, as well as the classic 90s movie BIG, in which both featured the Playland amusement park in New York as a setting. The video was directed and produced by Michael Fels, with cinematography by Tommy Schutz, and editing from Alan Torres. MNTLST8 handled sound mixing.

Singer/Guitarist Mike Terry had the following to say about the new video:

“This is the same location where Mariah Carey shot her famous ’90s era ‘Fantasy’ video, Rye Playland, which is iconic because of how old it is. Especially that coaster the Dragon Coaster. So we went for a shot for shot in homage to her video and to Tom Hanks’ Big since that movie was filmed in the same spot. The only difference is that we did it with a DIY guerrilla filming technique and not a giant Mariah 1990s budget.”

Check out the video for “Hey Nora” below and keep checking back in for more from The Jukebox Romantics!