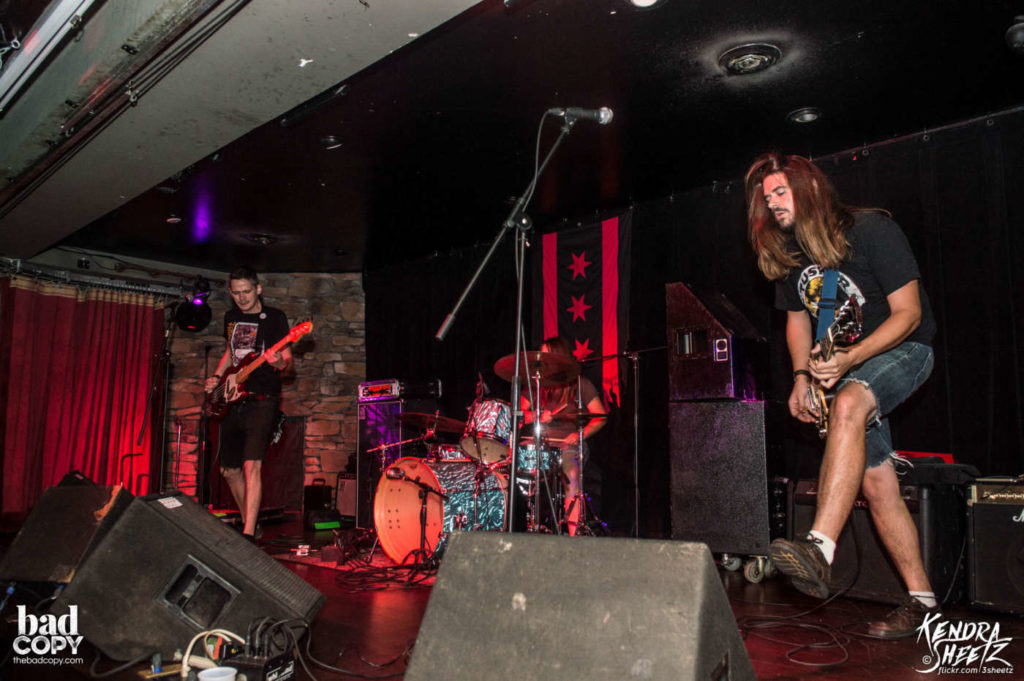 A little over a year ago, Lansing, MI-based Indie Punk trio The Plurals began releasing a series of EPs. On Friday, June 5th the band will release the third volume in their BEES EP series, Stumblebee.

Tommy had the following to say about the process:

“I had to learn some new recording software and set up a makeshift studio in my basement to record my parts and mix the pieces I got from Nich and Hattie. Shortly after finishing the mixes of the songs, we had several days of torrential rain and the basement flooded with rainwater and sewage so I had to finish the final mixing on my laptop with headphones. But, in light of the COVID-19 pandemic, all of this still made me feel sane.

The song ’18-49′ was actually written right before the Stay-At-Home order was declared in Michigan and we put all of the song together remotely. I wrote it out of frustration after Bernie Sanders failed to secure the Democratic nomination in the Michigan primary, while the seriousness of COVID-19 was still kind of on the backburner in these parts, though there’s still one line about the virus. The song is essentially a call-to-arms for the members of my generation to get involved and vote out all of the Republican scumbags in power. If our generation could be truly united and motivated nothing could stop us.”

Post-quarantine, The Plurals plan to rework some of these recordings and compile the three volumes of the BEES EP series onto an LP later this year. And, we hope, with tour dates to follow.

Today, we’re premiering the track “18-49” from the EP. Listen to it below and keep checking back for more from The Plurals!