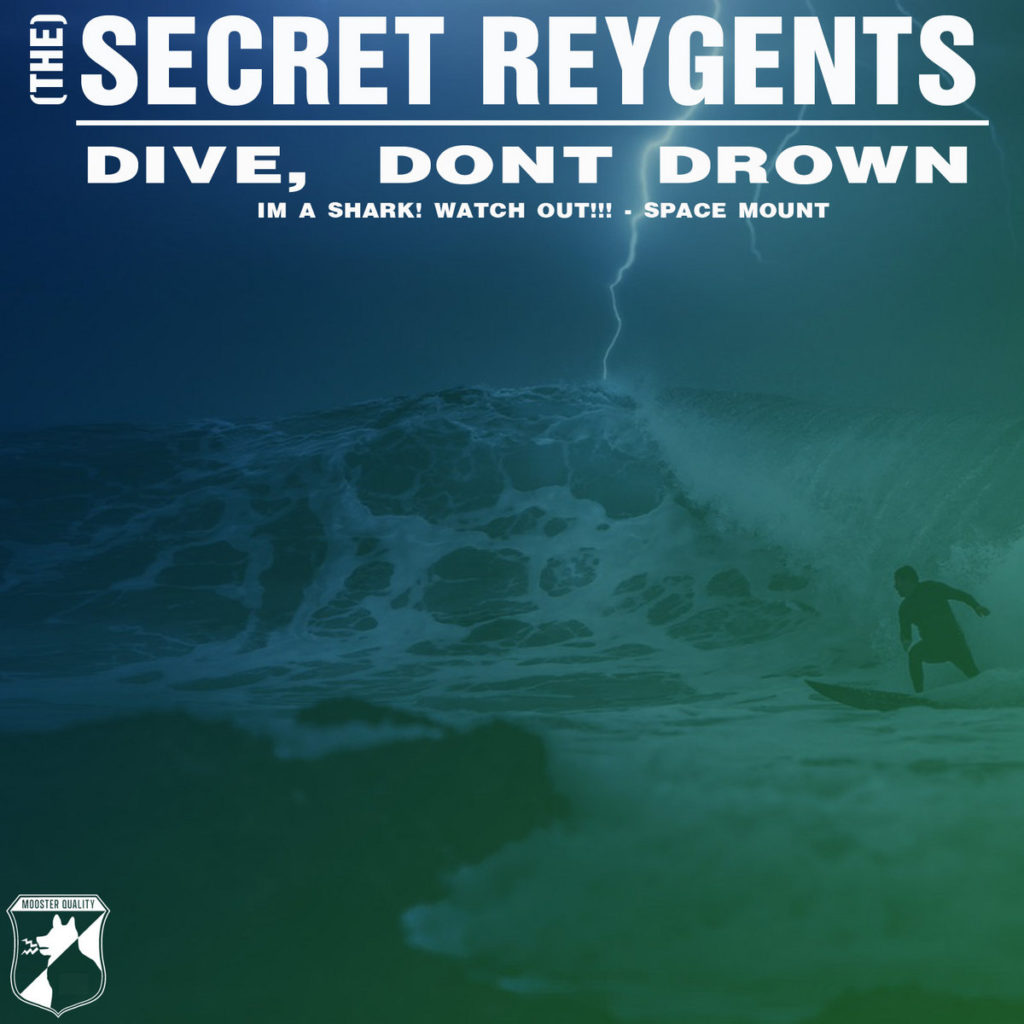 The Secret Reygents are a four-piece band, featuring Creep Guirdo of Miami’s Pool Party, who serve up surfy tunes which weave in and out of classic and modern Surf, Alt Rock, French Space Wave, and Punk. Their new release is a three-track digital EP out now via Mooster Records (with promises of a physical release later in the year). Borrowing (slightly) from the riff to Nirvana’s “Dive,” the title track “Dive, Don’t Drown” kicks off this end of summer party which follows with the breakneck speed and riffs of “I’m a Shark! Watch Out!!!” and into the chill spacey waves of “Space Mount.”

Stream the new tracks below and check back soon for more from The Secret Reygents!