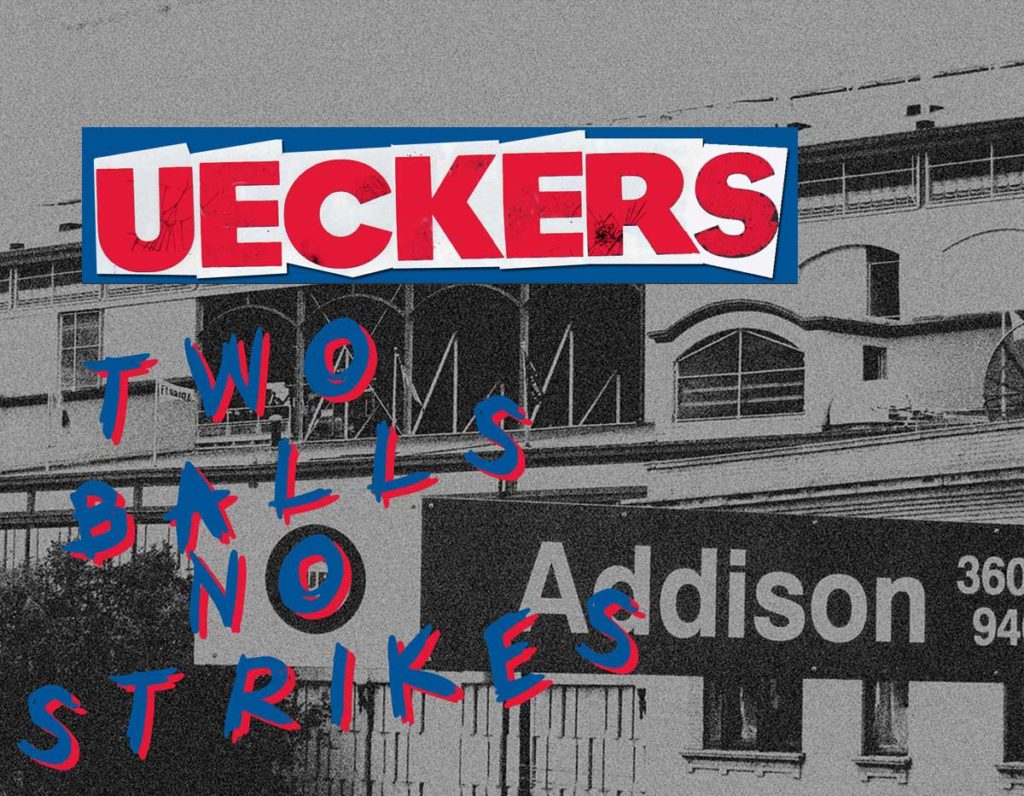 Chicago baseball punks The Ueckers have released their first new track in four years. The song, entitled, “Extra Innings”, can be found on their upcoming album Two Balls, No Strikes. The album will be available digitally and on CD from Mooster Records on September 11th.

This will be the band’s sophomore full length and will follow their 2014 release Rocket to Wrigley (also released on Mooster).  Two Balls, No Strikes showcases the band’s harder edge sound along with a few poppier tunes that can also be found on their latest release Spring Training EP from last year.