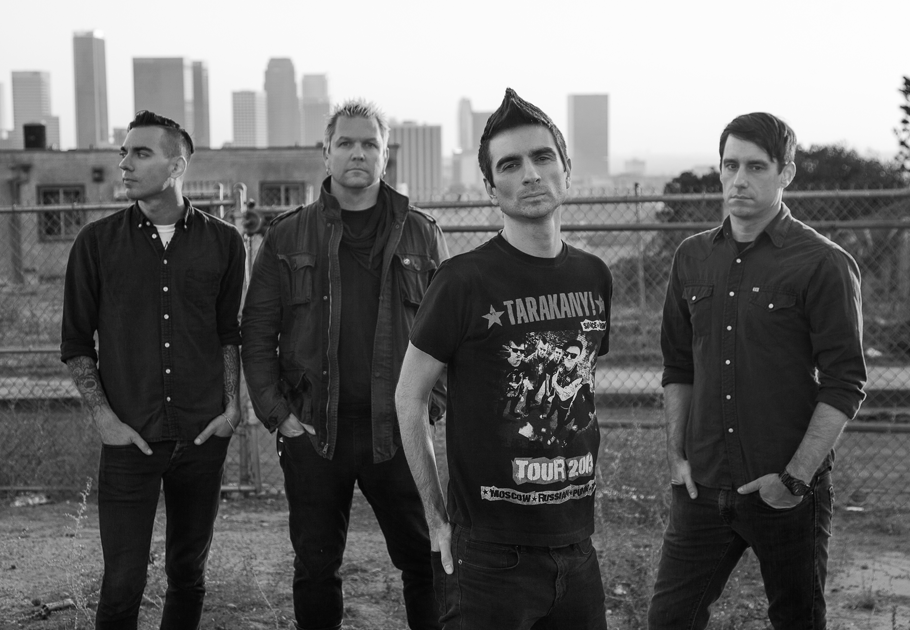 Among the clamor of deadly racism in Charlottesville, Virginia this past weekend Anti-Flag released a brand new single and lyric video for “Racists”.

The track is presumably from the band’s forthcoming full-length, which currently doesn’t have a street date or title. The band was recording earlier this spring. Anti-Flag released the following statement along with the video:

“We stand in solidarity with those fighting racism and fascism in the streets of Charlottesville and beyond. We believe it is time for the removal of all monuments to the confederacy and the racism for which they stand. We must put these symbols of white supremacy into places where the proper context can be provided for what they actually are; outdated, backwards, and antithetical to what we believe the values of humanity should be. It is past time to have real conversations on systemic racism and America’s history of it. There are museums memorializing the holocaust all across Europe while America continues to try to hide from its racist, murderous past and present.” – Anti-Flag

Watch the video for “Racists” below: