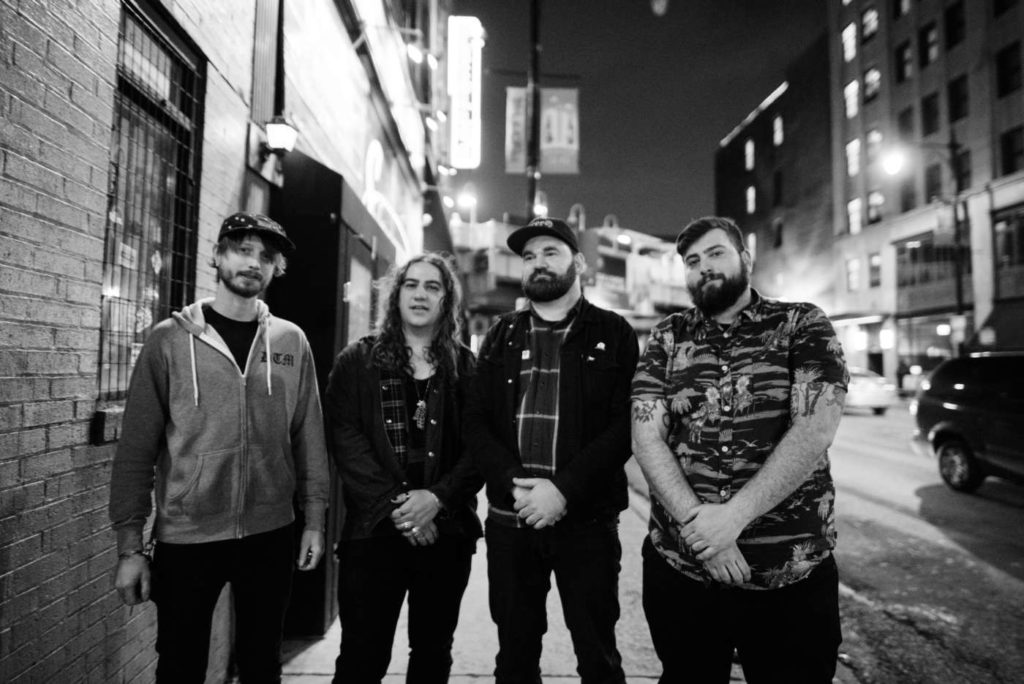 Chicago-based Punk band Blind Adam and the Federal League has released a brand new single and accompanying music video for the title track of their upcoming release. The new album, An Act of Desperation, is the band’s sophomore effort and was recorded in October 2019 at Anti-Flag’s A-F Records studio in Pittsburgh with producer and engineer Chris “#2” Barker.

Singer Adam Gogola has the following to say about the process:

“Anti-Flag kind of took me under their wing when I was in my early teens and have always supported my bands. Chris and I had talked about working together on a record over the last few years and we were finally able to line up our schedules to create An Act of Desperation. With things going the way they are in the world, and in the US in particular, it was important for us to make a record that really mattered, but also something people could enjoy. We really dug into the material to make what I think is the best piece of music I’ve ever been a part of.

When the news came out about Oscar Alberto Martínez Ramírez and his nearly 2-year-old daughter, Valeria, were found washed up on the banks of the Rio Grande in an attempt to make it into the United States to seek asylum, I was immediately heartbroken and angry. ‘An Act of Desperation’ was one of those songs that kind of wrote itself; it’s the final track and namesake of our upcoming album.

Unfortunately, the label has been in a holding pattern for months with the uncertainty of the pandemic, but we thought it was important to get this song out before the election. Our song might not make a difference, but I’d like to think some might find solace in it, and who knows – maybe it will touch a nerve with a few white suburban Trump supporters that like to think of themselves as ‘good people.’ This song is extremely on the nose which is intentional, I hope some Trump voters see it and makes them upset and do some self-reflection, I don’t really expect it to fundamentally change anybody, but I hope it at least plants a seed.”

Check out the video for “An Act of Desperation” below and keep checking back for more from Blind Adam and the Federal League and A-F Records!