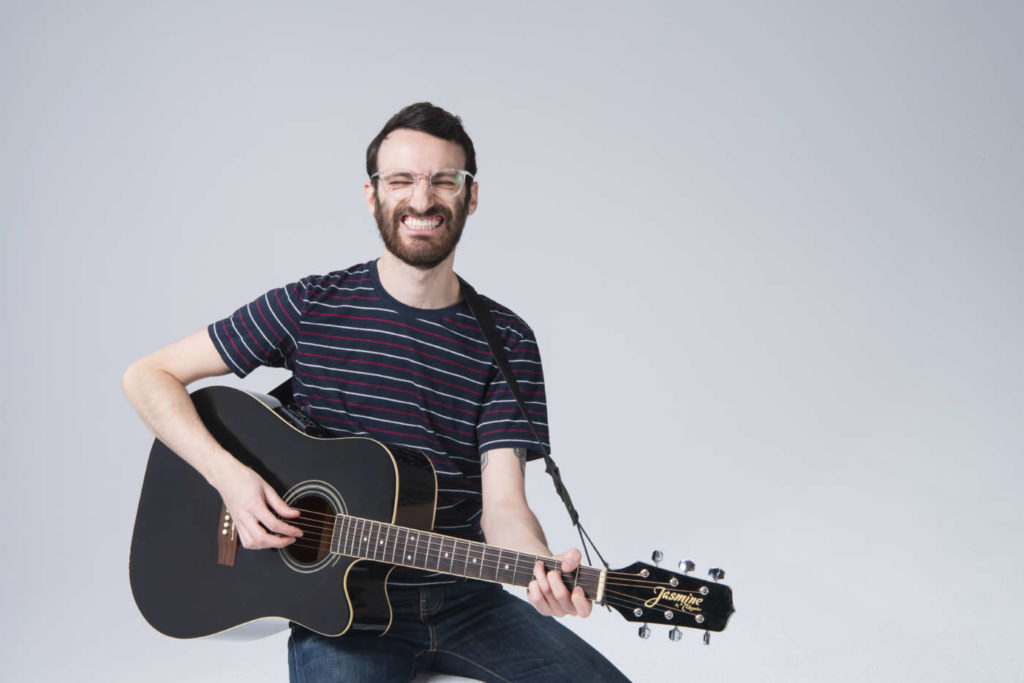 Today we’re very excited to be premiering the first music video from Craig Shay, the Brooklyn-based multi-instrumentalist currently serving double duty as 1/4 of self-proclaimed “dad rock for pop punkers” band and personal Fest favorites Cold Wrecks and 1/5 of the “sad & fast” Answering Machine, who just signed to Wiretap Records back in February.

“Rye Whiskey” is the first single off of Shay’s forthcoming solo album Sadly, Yes; a stripped-down and energetic acoustipunk song that sounds a lot like what a whiskey-fueled night feels like. In the video, which features Shay shakily filmed on an iPhone in a way that feels very evocative of quarantine, the songwriter sways back and forth and alternates between lofting the titular bottle of whiskey high and then waterboarding himself through his mask.

Craig Shay had the following to say about the single:

“‘Rye Whiskey’ is a song I wrote during an interesting part of my life. I moved to Brooklyn in 2012 with my best friend and someone I was dating at the time. We lived together until that April, when we broke up. ‘Rye Whiskey’ is a song you write a week after a breakup, it was predicated by a time when me and a friend of mine went out drinking, one of the things we drank that night was rye whiskey, we drank our way through a bunch of bars then we went home and recorded a bunch of songs in my living room between me throwing up. I lost that recording, but two weeks later I wrote ‘Rye Whiskey.’ It’s a very immature breakup song—the breakup made me sick, the whiskey made me sick, and that’s what it’s about.”

Watch the video below and keep looking out for more updates about Craig Shay.