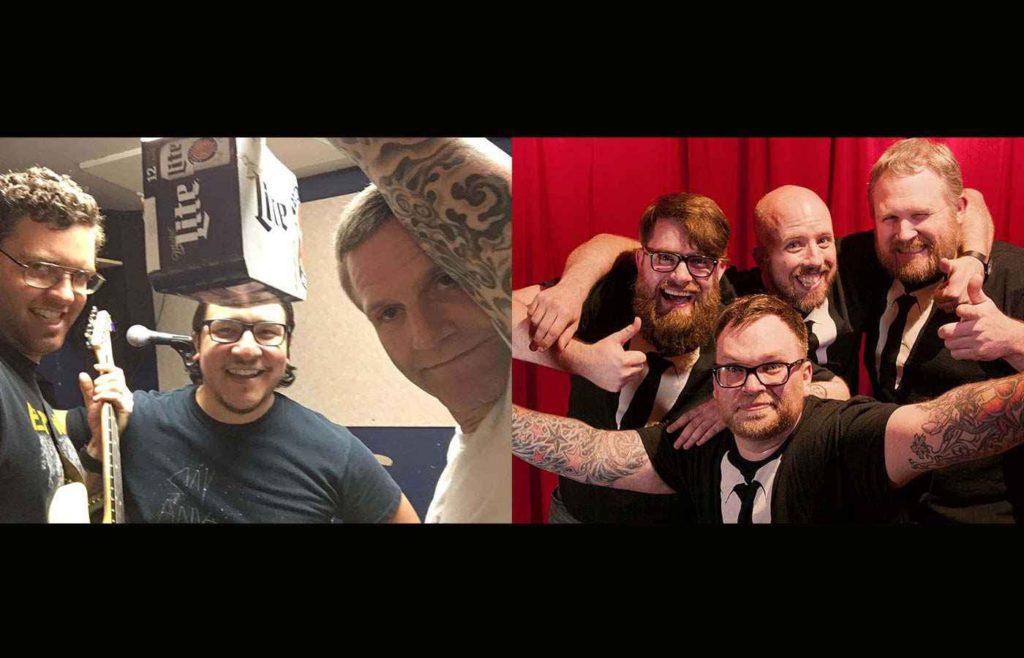 Well this is a first! Plenty of bands have put out split albums over the years and we’ve seen them all – 7″s, 12″s, CDs, tapes. But we’ve never seen a split music video… until now. Thanks to Seattle’s Four Lights and San Diego’s Squarecrow, we can check that one off our bucket list as well! The video seamlessly moves from Four Light’s “Three Strikes is a Turkey” to Sqaurecrow’s “I’ll Add A Laugh Track”. While neither track sounds at all similar to the other, they are ingeniously tied together in spirit through two dead sunglass-clad bearded gentlemen – Seattle’s Ryan Koreski and San Diego’s (soon to be Chicago’s) Kevin Rettie.

Four Lights’ Singer/Guitarist Dan Gardner had the following to say about the video’s creation:

During the Four Lights / Squarecrow Weekender 1.0 in Seattle earlier this year, we came up with the idea of doing a split video to go along with our split 7″ Okay Friends. We loved what Kevin did in the last Squarecrow video so we started working from him being in the video and because we didn’t want to fly him up to Seattle (go to hell, Kevin) we thought, who could be the Seattle version of him? Ryan! Thanks to Kevin Rettie and Ryan Koreski for being amazing people and letting us abuse them!

Both songs can be found on Okay Friends, a split EP that was digitally released in June. It will also be released via Bomb Pop Records on lemon and lime vinyl later this month. Pre-order your copy now!

Four Lights will be joining Squarecrow this Friday for the second installment of their Weekender tour, hitting up Tijuana, Anaheim, and San Diego. Check out the dates below! 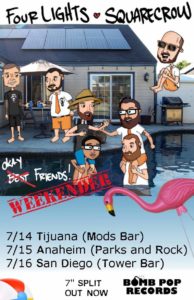