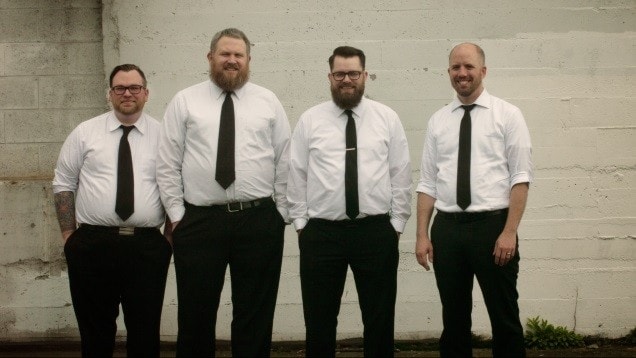 Today, we’re premiering a new single from Seattle’s Four Lights! The band recently released a split EP with San Diego’s Squarecrow entitled Okay Friends, but you won’t find this track on there. It’s a one off called “Let’s Burn Burn Burn,” and yes, that’s Drew Smith’s (of the band Burn Burn Burn) face on the single. You can catch both Four Lights and Squarecrow playing Oakland’s This is My Fest at the end of the month and tickets are still available!