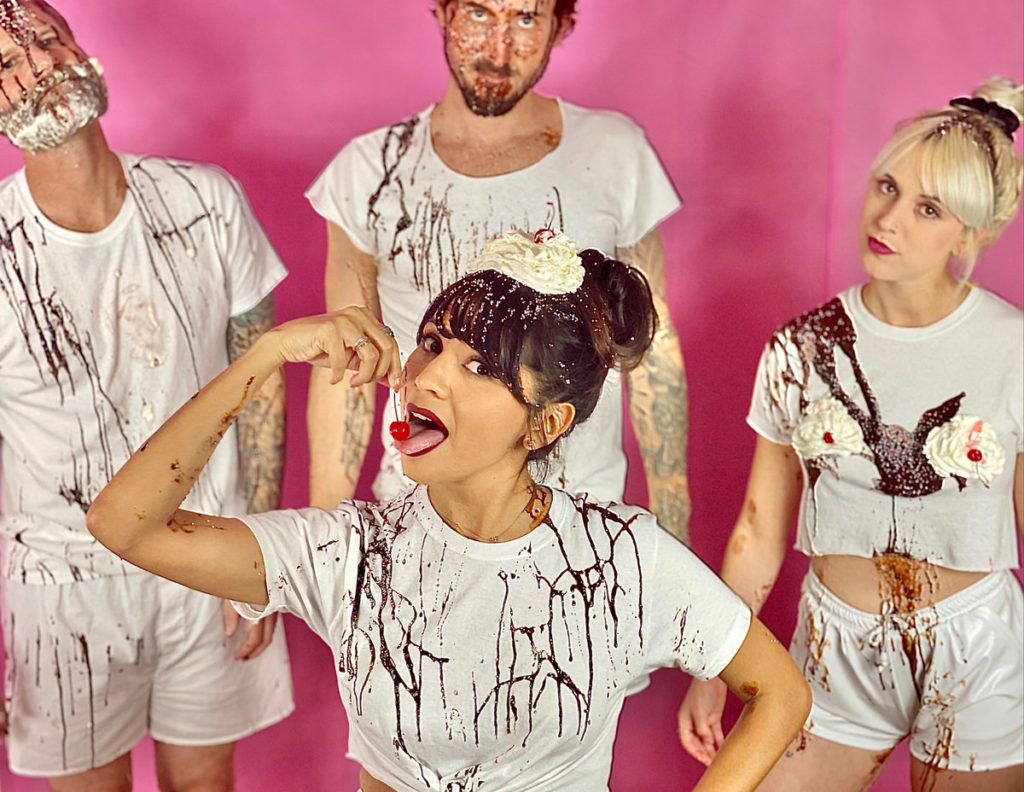 We’re so very stoked to be premiering a brand new music video from Indie Punk band Hey, Chels for their song “Floating Through Days.” The band is a super group of sorts, consisting of Jax Mendez (New Way On) on vocals and keyboard, Stephanie Presz (The Newports) on drums, Kevin White (Squarecrow) on guitar, and Ricky Schmidt (Western Settings) on bass.

San Diego-based group released an EP in 2019 by turning right to left. Everything Goes is the group’s first full-length album and will be released via Brain Worm Records later this year.

Check out the new video for “Floating Through Days” now and keep checking back for more updates from Hey, Chels!

Given the current state of the world Hey, Chels had to cancel his tours but they plan to come back as soon as the situation allows.