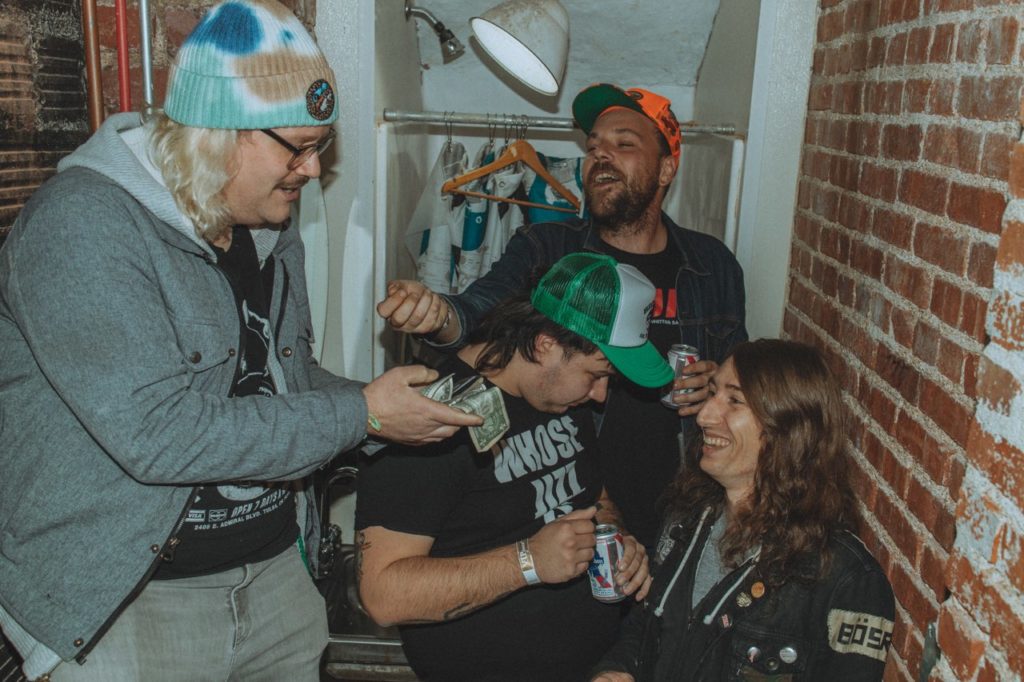 Tulsa, OK’s Hummin’ Bird has stitched together the first three singles off their new album to create a short film. The short shares the same name with the band’s latest release, Underneath Scum Light, which was released on January 1st via Black Site and Cult Love Sound Tapes. The album contains nine tracks recorded in the summer of 2021 at Weights and Measures Soundlab. It was mastered for vinyl release by Chris Muth at Taloowa in Ossining, NY.

The trilogy of videos from Matt Taylor’s Taylor Town Productions that tells the true story of what it means to lead a fast, cheap and out-of-control life Underneath Scum Light.

Check out the short film below and grab your copy of Underneath Scum Light today via Black Site!