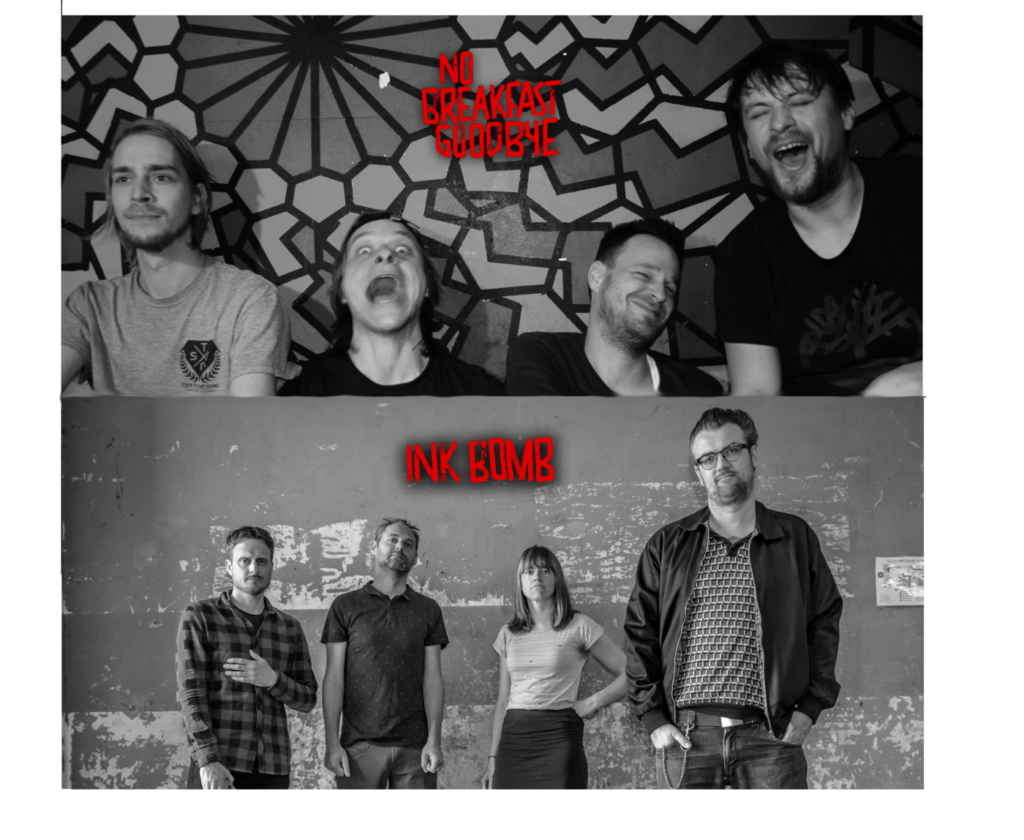 Dental Records is releasing a new split album featuring Ink Bomb and No Breakfast Goodbye. Both bands have each released a new single and lyric video for their songs. The singles will be featured on the upcoming split album which will be released on June 18th, 2021. The split-record will be released on red vinyl and CD in collaboration with Horn & Hoof Records (United Kingdom), Dental Records (Canada), and Concrete Head Entertainment (United States).

Watch the lyric video for “Mutilation Boy” from Ink Bomb below:

And check out the lyric video from No Breakfast Goodbye for their track “The Losers Club:”

Like what you hear? Of course you do! Pre-order the red vinyl variant from Dental Records today!