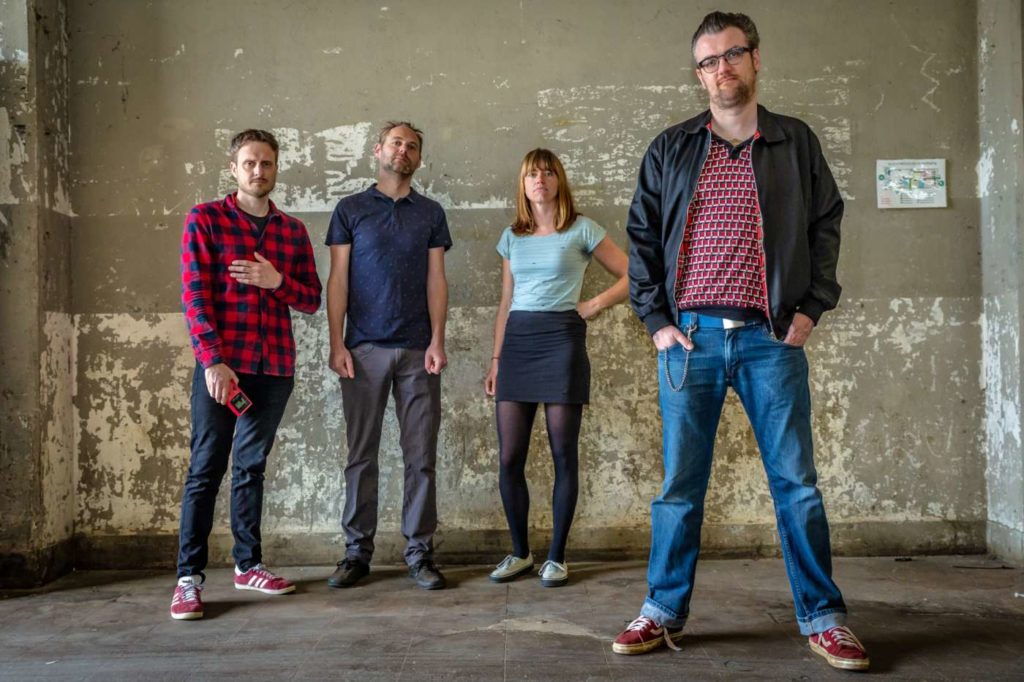 Dutch melodic Punk band Ink Bomb has released a new single and accompany video “Dorothy Enters Technicolor.” The new track can be found on Ink Bomb’s split release with No Breakfast Goodbye which will be released on June 18th. The feminist song features not only the four band members, but also the guest vocals of Roos Centimane, known as vocalist for former punk-metal band Stark.

Guitarist and producer Quirijn Foeken has the following the say about the guest vox:

“We asked Roos Centimane to contribute because we are fans of her raw shouting vocal style as we know it from her former band Stark. Once in the studio, she came up with a more sensitive vocal line as well. That one fit much better with the song than what we first thought of!”

To reinforce the feminist theme, only women appear in the music video, most of which either worked with the band or are close to them in some way.

“We shared the stage, they hosted our shows, we stayed with them, they made our artwork or they are a friend/partner. Moreover, for me it is special that band members from my former band Planet Eyelash also participated. With them I experienced my first band adventures.”

Check out the video below and keep checking back for more from Ink Bomb!