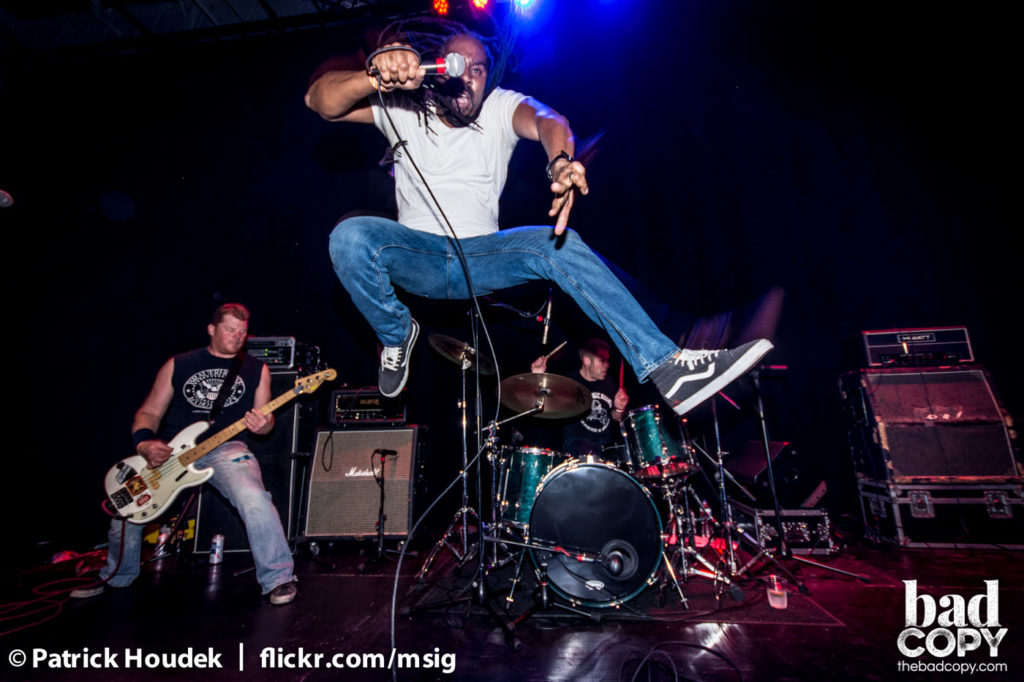 While it’s safe to say that much of Chicago’s punk rock scene (at least on the Northside of the city) is well-versed in all things Bollweevils, the unknowing greater Chicagoland area was introduced to the four piece yesterday when the band performed on ABC Channel 7’s Windy City Live.

The host of the show was adamant about hammering home the fact that lead singer Daryl Wilson is also a hard working ER doctor at Naperville’s Edward Hospital and guitarist Ken Fitzner is the principal at Reilly Elementary while leaving out the names and occupations of the other two band members, both of whom are named Pete and also have jobs. Perhaps the host was trying to avert any and all attention away from bassist Pete Mittler’s Smoke Crack and Steal shirt. Either way, the “…and two other buddies” comment has been a highlight of the social media posts that continue to litter my social media feed 24 full hours after the event.

Check out the below video of The Bollweevils smashing through punks vs. careers based stereotypes and playing “Bottomless Pit” live on TV!