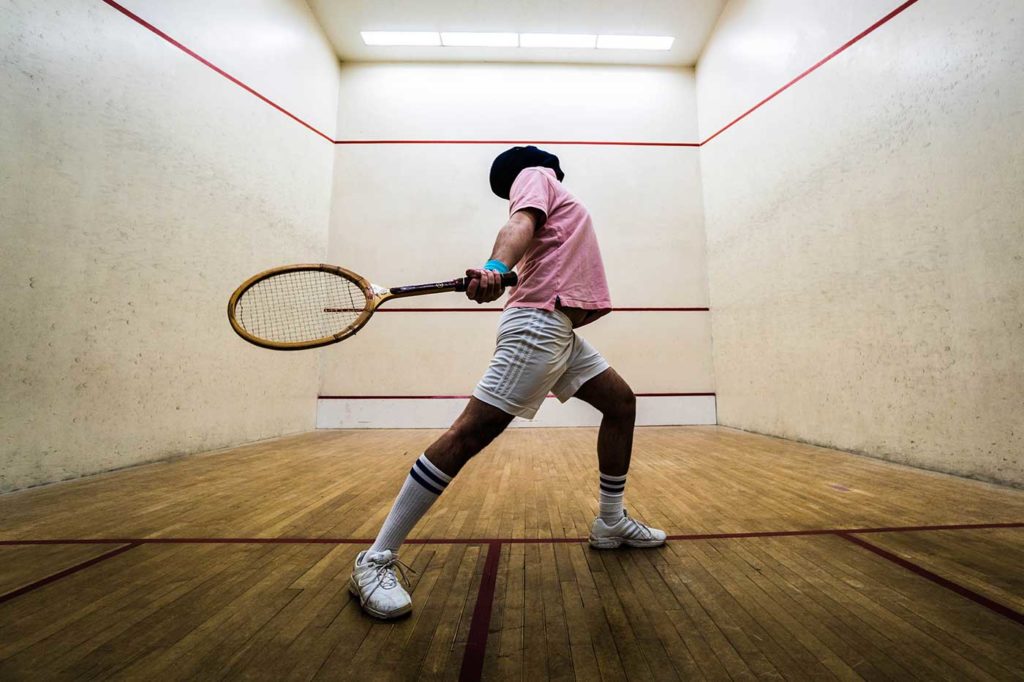 Stumbling off the squash courts and onto your screen comes “Squash Queen”, the second music video by The Eradicator. In case you haven’t heard, The Eradicator is an aggressive punk band from Chicago, IL inspired and driven by the classic Kids in the Hall sketch of the same name. The track “Squash Queen” is taken from the band’s debut self-titled album, which will be released via Stonewalled Records on October 13th. You can pre-order your copy on white vinyl (limited to 100 copies)! You can also stream the whole album on Spotify!

The band also recently teamed up with Chicago-based small batch hot sauce company Soothsayer Hot Sauce to create their very own sauce entitled “This Sauce Kills Pussheads”, which will be available at The Eradicator’s record release show on October 14th in Chicago.

If you live outside of the Midwest, have no fear. The Eradicator will also be playing Fest (and then later playing a game of squash) this year on October 28th in Gainesville. The band has also just announced a string of tour dates with Bong Mountain in both Hawaii and Australia.

Check out the video for “Squash Queen” and The Eradicator’s upcoming tour dates below!