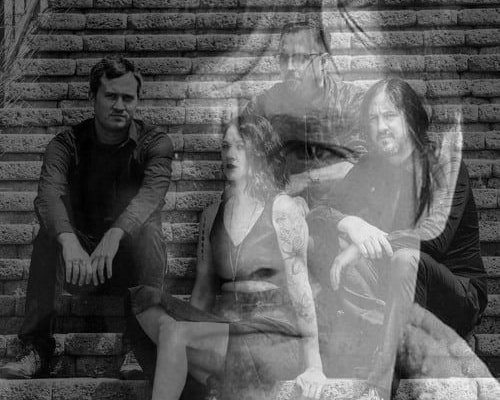 San Diego cinematic post-punk band TULPA LUNA (formerly known as Warsaw) has released music to go along with spoken word from revered author Adam Gnade. Directed by Displaced/Replaced, “Chernobyl” is the first of two tracks from the 7″ vinyl collaboration between the two artists.

The album is being released by Sell The Heart Records on clear vinyl. Side A features “Molly,” a gothy pop song about suicidal ideation and lost illusions. Side B features the heavy, brooding “Chernobyl,” is about drone strikes and guilt, about trying to get through the day when you know your country is up to some nefarious action.

Take a listen to “Chernobyl” today and grab your copy of the new 7″ now!