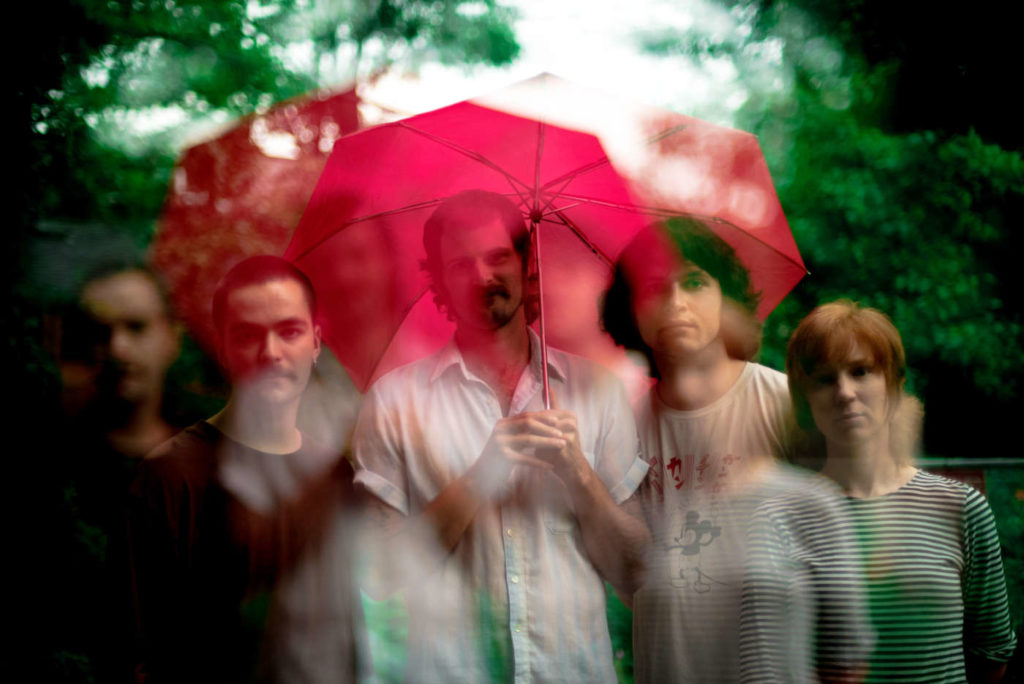 Toronto’s Wine Lips recently announced the release of their latest full-length album, Mushroom Death Sex Bummer Party due out on October 29th via Montreal’s Stomp Records. This announcement also came with the release of the album’s debut single and video for “Eyes.”

The video, which was filmed and directed by Sammy J. Lewis, begins in a seedy Toronto alley and descends into a chaotic and psychedelic live performance.

“Sammy had the idea of making it look like the band was playing inside a garbage bag, so we did a classic performance video but tried to make it a little more interesting with crazy fast paced cuts and some added green screen fun. It was super fun, super sweaty and we felt like trash by the end of the day.”

Commenting on the message behind “Eyes,” Hilborn added:

“’Eyes’ is a song about feeling burnt out creatively, mentally and physically. Something so many of us can relate to, even more so over the past year and a half. It sheds light on situations where you find yourself powering through the days with different coping methods brought on by late nights, alcohol and promiscuity, and seeing how far you can push the limits of your body before you find yourself defeated and broken down.”

Check out the video for “Eyes” below:

Pre-save the new album and pre-order your copy of the LP on a limited edition vinyl variant!