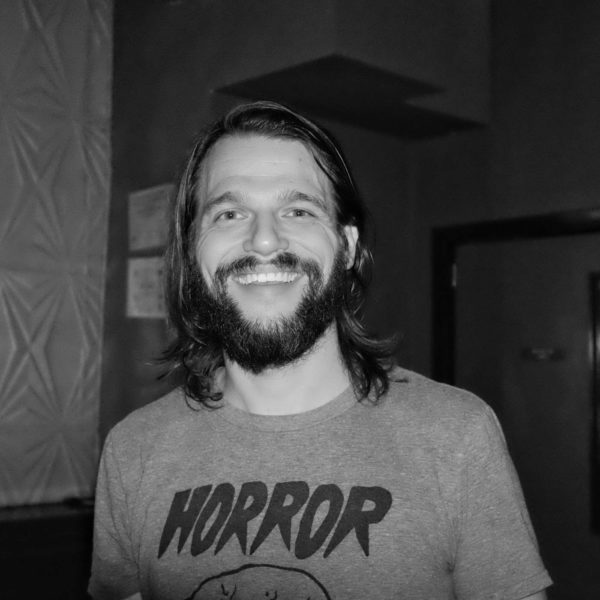 This is Kevin Rotter! Kevin plays guitar with The Copyrights. He and I met a few years ago in Chicago when he played a New Year’s Eve show. This was also the first time I had ever been to Chicago. Locals kept saying “Polar Vortex” everywhere we went. I remember that I had stupidly only packed canvas shoes on that trip; living on the West Coast, I have no need to ever dress for 14-inch snow storms. ANYWAY! Since meeting him, Kevin has always made any event we are both at better just by being there.

I took this photo at The Wooly during the Signals Midwest set at Fest 16!