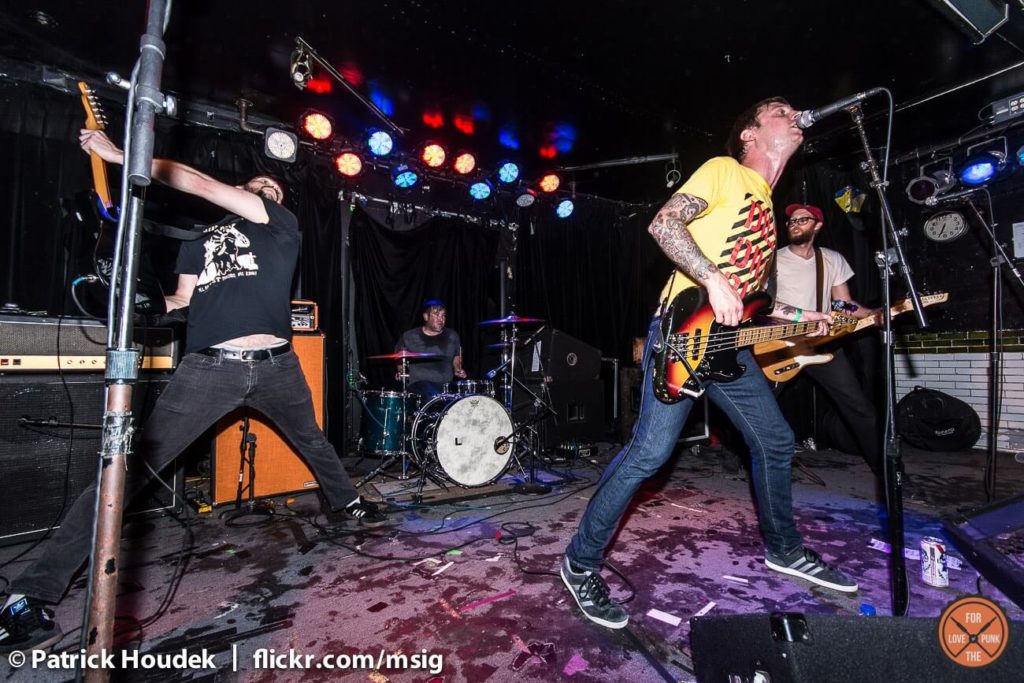 Oakland’s This is My Fest is at the end of the month! We wanted to do something to help celebrate one of our favorite West Coast DIY fests. So every Thursday, we have been releasing an interview with one of the bands who will be playing TIM Fest this year. Want to know where The Decline loves to play when they’re on tour in the Bay? We’ve got that. Want to know if NorCal or SoCal has the best burrito in California? We’ve got that. Want to know what Danzig’s fondest punk house moment was? We… well we don’t have that. But we’ve got other cool shit you’ll probably also like.

We sat down with Luke of The Copyrights and talked about delicious Bay Area food, tour traditions, his Bay Area band bucket list, and more!

What is your favorite food to eat in the Bay Area?

I’m pretty sure every burrito in the Bay (or maybe the whole state of California?) is great, because I don’t remember ever having a bad one.

What bands are you most excited to see or to play along side this year?

It’s been a minute since I’ve seen the Nothington homies, and I love toyGuitar too. Looking through the schedule it looks like it’s full of jammers though!

In Carbondale, the basement scene is king, and there are actually a few great spots for such a small town. But I’ll always have allegiance to the Lost Cross house. It’s where we practiced for many years and where we’ve played maybe more than anywhere else.

We’re pretty into out-of-context movie jokes, and generally seem to develop a couple of “tour jokes” that last about the length of the tour and then cease to exist. These usually don’t make sense to anyone else and maybe don’t even classify as jokes? When we all lived in Carbondale, at the beginning of the tour, we would always stop at the same gas station on the way out of town for good luck.

If you could play with one Bay Area band – active or not – which would it be and why?

I mean, Green Day? Operation Ivy? Crimpshrine? There’s a ton of amazing answers to that question. I would probably pick early Green Day since I was/still am a huge Lookout pop-punk nerd.