The origin story of Alan and me differs depending on which one of us you ask, but we think it goes something like this:

March 16 (1991):
We meet at our mutual friend Paul’s house where I learn that Alan plays tuba (the KICK ME sign of marching band instruments). I ask if he can also play bass (the KICK ME sing of Rock band instruments). He grabs a bass and proceeds to beat the holy hell out of the strings with his thumb. To this day I still don’t know if this was meant to prove that he could, or could not, play the bass. 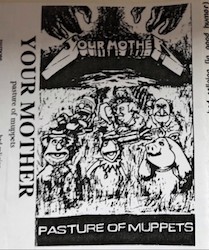 Paul, Alan, and I go to see Jesus Jones for free in SF. According to Alan, “I have this very strong memory of driving on the freeway in Paul’s car, and you leaned back from the front seat and asked if I wanted to buy [your band’s demo]. I asked Paul if it was any good and he said no, so I said no.”
And yet, Alan inexplicably says “Yes” when I ask him to join that band.

March 30 (two weeks after meeting each other):
Your Mother plays our first show with Alan on bass (at a house party in Pleasanton with Paul’s Circle Jerks/Blatz cover band, and a Christian Metal band). It is filmed on a camcorder by a woman who would later achieve notoriety as being “Charlie’s Angel” – the woman with whom Charlie Sheen had a very public affair. 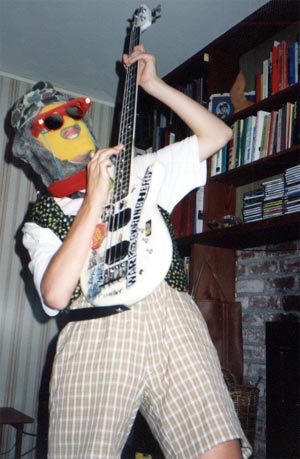 Alan, driving women into the arms of Charlie Sheen since 1991.

Four years later…
Your Mother are gearing up to go on tour. Alan asks Joe, the singer for the San Jose band Ringwurm, if we can borrow his van. Joe agrees so long as he can come along. The van is a $300 retired service vehicle with MR COLOR TV in faded paint on the side. What the van lacks in brakes, blinkers, and a horn it makes up for with countless small holes in the roof, sides, and floor. Joe fits into our band’s vibe immediately – he couldn’t care less about making any money, his safety, or looking the least bit cool. By the time we get back home he is officially our “singer,” even though he didn’t know any of the words to our songs, or how to sing. 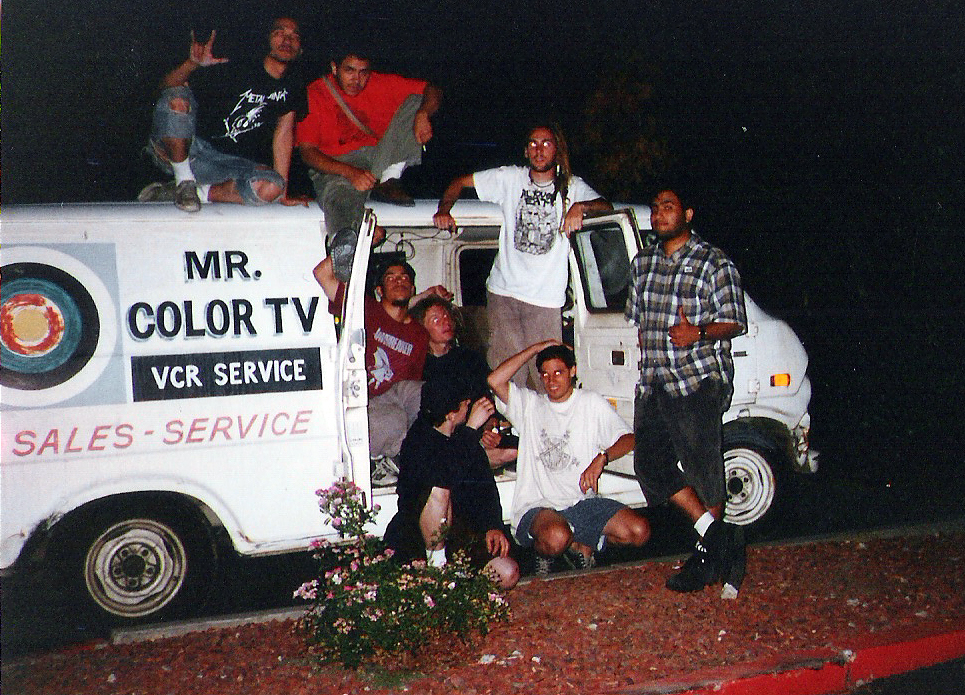 Your Mother on tour with Mindslam. Shortly after this trip all three members of Mindslam dropped out of Stanford University. Their bass player, Vixx (on the roof with the Metallica shirt), went on to become a senior engineer at Tesla. Their singer, Srini (on the right in a button-up shirt), started Unamerican Activities and was responsible for all those FUCK WORK stickers you saw in the 90s. And their drummer, Steve (on the roof with the orange shirt), simply lost his mind. Alan is kneeling in the white Slayer T and Joe is wearing the maroon Jawbreaker shirt, I’m the one standing above Alan. MR COLOR TV is only stopped because we are either parked on an incline or we ran out of gas.

Fast forward another ten years…
I’m attending a concert in Oakland. By “concert” I mean I’m watching a band play in the kitchen of a second story apartment at 2 o’clock in the afternoon. They are fronted by a woman named Annie and the band is called Salvation Army (and not Salivation Army, whose graphics have much more interesting potential).

They soon change their name to This Is My Fist and we all become fast friends. Our bands play shows together, which leads to me recording their records, which leads to working with Adam Pfahler from Jawbreaker on TIMF’s opus History of Rats, which leads to Love Songs being Annie’s full backup band, and so on and so on… The point is, the four of us – Alan, Joe, Annie, and I – have all been richly adjacent for many years and it was about time we did something together. I know it doesn’t seem like a Clutch cover is the obvious choice but with as much distance as there is between us this is what we get.

Guitar – Alan (the Genius) is currently in Hawaii fronting Pop Punk haoles and HuffPo darlings, El Sancho.
Bass – Annie is a veterinarian in Sheboygan, and plays bass in Chicago’s Time Thieves.
Vocals – Joe is an artist in all mediums and is currently based in Faro, Portugal.

Download the audio here
P.S. If anyone in interested in one of those COLOR ME BADD RELIGION shirts they are for sale here. 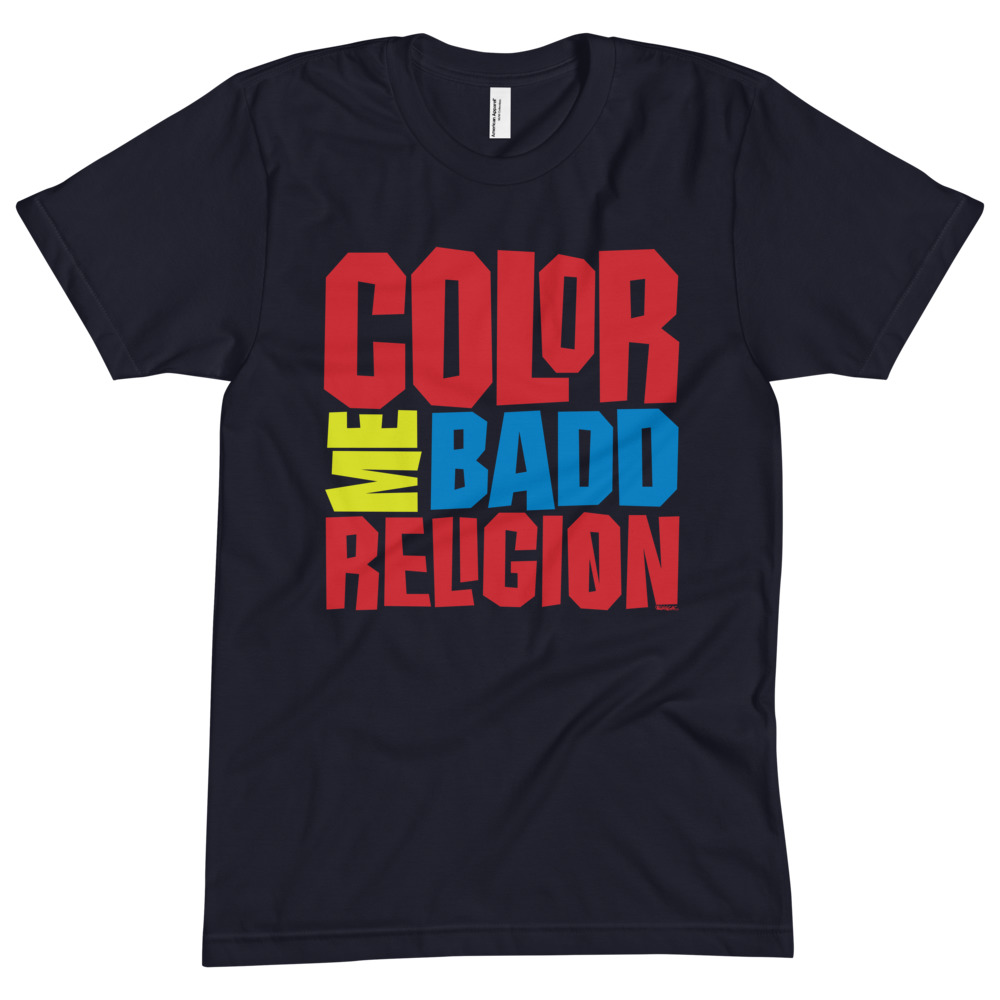