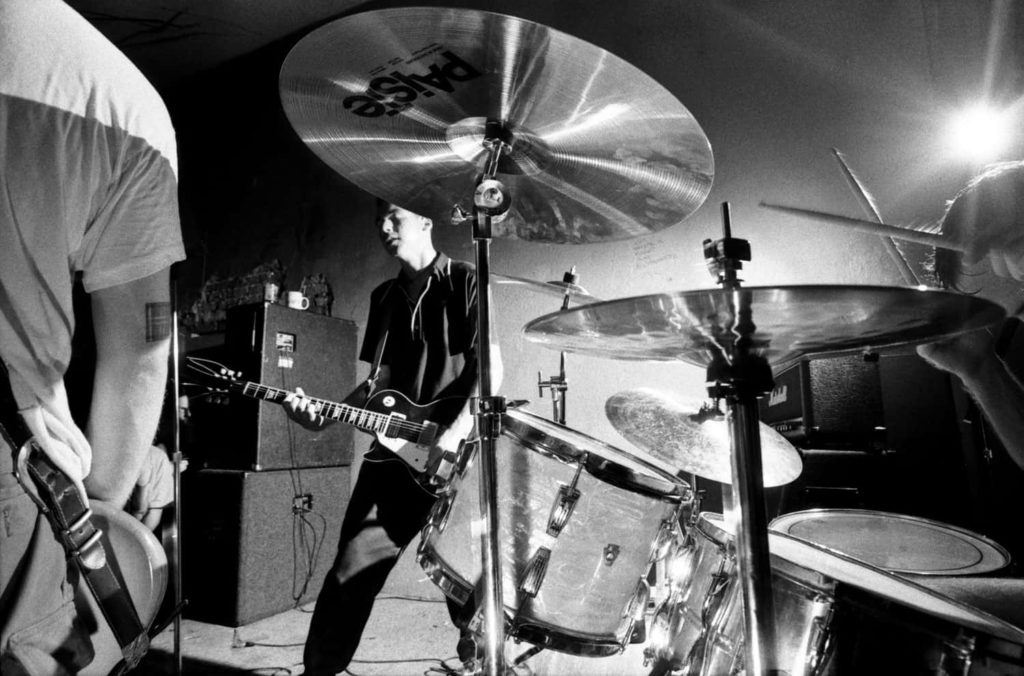 Thursdays are a pretty long day for me. I work my day job, then put in a few hours working from home later in the evening. Yesterday, it was even busier, as we had scheduled some meetings to discuss This Is My Fest. Well, that all changed when I got a text at 3 in the afternoon from a pretty unexpected source.

At first I just chuckled, thinking this was actually in reference to the Ticketfly links that had been circulating around for the somewhat unannounced Jawbreaker show happening on August 12th. No details were given to me. I waited. I started to think that it could be possible this was a real thing. I jokingly told my coworkers they might have to cover for me at my work later in the night and they agreed. Nothing happened for a few hours. Then it was 5:00PM and I found out “It looks to be sold out. The Ivy Room in Albany.” That’s when things started to get real.

The Ivy Room is a somewhat under the radar bar located in Albany, CA. The whole town of Albany is about one square mile, located directly north of Berkeley. While the venue has been doing shows for a while, most of them are typically more Blues or Classic Rock based. They have only just recently started ramping up the booking of Rock and Punk shows. I had only been there once ever to see the The Wynona Riders and Hammerbombs post the Lookout Festival that happened just down the street at 924 Gilman.

I thought to myself, “Could it be possible that this is actually happening? Am I cancelling my entire night for what could potentially just be a wild goose chase?”

I started putting some pieces together. Chris and Adam from Jawbreaker play in a band called California who I know have played the Ivy Room a few times. Riot Fest is coming up and Jawbreaker hasn’t played in over 20 years. Just earlier in the day, links were circulating about a show on August 12th in San Francisco. Clearly, the band is around. The Ivy Room is just enough off the radar that if it was real, the whole thing wouldn’t get completely blown up. These points were enough for me to keep the faith. I left my office at 6PM, BART-ed directly to the Ivy Room and met up with a friend who I had confided this information to. He had been there about a half hour before I had showed up and saw this: 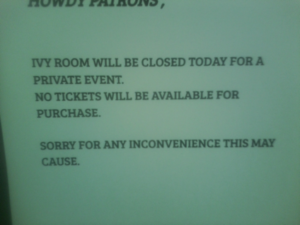 The good news was that the show was real and Jawbreaker was really playing. So we played the waiting game. As we talked with folks out on the sidewalk, we learned that the show was invite only and that it was someone’s birthday party. Since I didn’t know whose birthday, we were clearly not on the invite list. Surprisingly, there weren’t more then maybe 20 or 30 “non list” people waiting around at any given moment. Somehow, some way, this show had not really hit the internet, and millions of people were not flocking to the venue like we had. Thus, there was hope. Members of the bar staff kept coming outside to tell everyone “If you are not on the list, you are not getting in, there are no tickets for sale”. A friend of ours in line decided to just start loading in band gear off the sidewalk, pretending he worked at the venue. He grabbed a kick drum, walked in, and stayed in. We never saw him again. Damn, that guy was smart.

As we waited, guests on the list continually showed up and walk right it. Doors opened around 7:00PM. We had also learned that Smokers and Monsula were opening. And the show was $5! That’s right $5. We started seeing some people who we know show up,. They seemed apologetic about our situation… but they probably weren’t. Lots of people were hanging outside smoking, including members of all the bands. Everything was very casual. Venue staff continued to tell us all to go away and many people listened to them. But we stuck around. The Smokers set came and went and by that point we started to lose hope. I was strongly considering leaving; I was at the point where I had already said goodbye to a few of the people we were waiting with. But right as that happened, we notice the venue security pointing at us and counting how many people were in line. To us, this was evidence that the may be some intention of letting us in. We continue to wait. Monsula began to play. It was after 9 o’clock now and we had been waiting for about three hours.

AND THEN IT HAPPENED. The line of “non-list” people were beginning to be let in. There were probably only seven or eight people ahead of us. We got closer and closer, and then my friend was the next to get in and I was directly behind him. AND THEN THEY CUT IT OFF, citing they were at capacity.

A wave of anxiety hit us very hard. How could we have made it this close and not made it in? Monsula was about halfway done with their set. Time was starting to run out. But after waiting three hours, there was still hope. At this point, it seemed like we were practically old friends with the venue staff seeing as we had been hanging out all night. And then sure enough, about ten minutes later, we showed our IDs, paid our $5, and got in.

After a very much needed drink, we were able to catch a decent chunk of the Monsula set. They sounded amazing. They definitely have a 90s vibe and a sound you just don’t really hear much of these days. They were a band around in the East Bay scene in the 90s. After talking to some people in attendance, we learned the members are affiliated with bands like Crimpshrine and Pinhead Gunpowder. This was an unexpected bonus and I will be doing some homework on them after seeing their set.

And then it was time for Jawbreaker. There were maybe 250 people in the small venue. Given the fact it was a private show, there wasn’t any sort of unnecessary super-fan freakout bullshit going on. Everyone was just hanging out, waiting, and being super respectful. They took the stage and Blake began the set with a spoken word poem of some sort. I look at my friend and said “I bet you they open with ‘Boat Dreams from the Hill’”. Moments later, the drum fill kicked in and my prediction was correct, as the first song played live by Jawbreaker in over 20 years began.

The sound was amazing. It’s almost impossible to really “review” this show. I was thirteen when the band broke up, living in Cleveland, Ohio. They were the sort of band I heard a lot about when I started getting into music back home, but it wasn’t until I moved to Oakland in 2005 when I really got into them. Being a resident of the Bay Area, Jawbreaker was a band I knew I needed to get into and they rapidly became one of the most important bands to me and the music I play. Often times you hear a recording of a band and don’t really get into them until you see them live. Jawbreaker was the opposite. I knew all the words and the recordings, but was missing that last piece of knowing an artist, seeing how they express themselves live and in person. Hearing the tone on the guitars and how the three blend together with the vocals and drums live was so astonishing. It was dirty, raw and, energetic. But it was still neat, well put together, and clear. This was everything any fan of Jawbreaker could have hoped for. I was about 30 feet from the stage; it was intimate. I thought, man, this must have been what it was like seeing Jawbreaker in the 90s in the Bay Area. This was something I thought I never thought was possible to experience.

“West Bay Invitational” came next. I screamed the lyrics “You were from Oakland by way of the Midwest” about as loud as I’ve ever screamed anything in my life. Next came “Condition Oakland”, a clear favorite of any Oaklander, complete with the recorded spoken word part describing the Bay Area. Next came “Jet Black”, the mood and dynamics of this song hit like a ton of bricks, especially the outro, also complete with the recorded spoken word. Things lightened up a bit from there as they went into “Chemistry” and “Save Your Generation”. The audience sang pretty much every word. The band closed out the seven song set with “Boxcar” which was a huge party, and – you guessed it – a huge sing-along.

While it may be true, I’m not going to say this was the best show I’ve ever seen. I’m also not going to say that no show will ever beat this. But I will say, this show meant more to me then I can even describe, and will be something I will never forget.

On the way home, we discussed: How many people do you think have Jawbreaker tattoos that aren’t even old enough to have ever seen them live? The answer may be a lot at this moment, but it won’t be for long. It’s great to have Jawbreaker back.

PS: I only took a few photos and I know they’re not good. This show was too good to be worrying about my phone 🙂 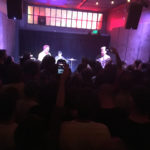 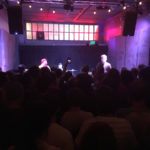 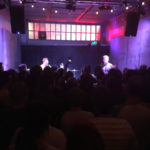 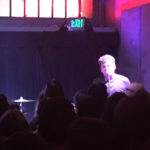