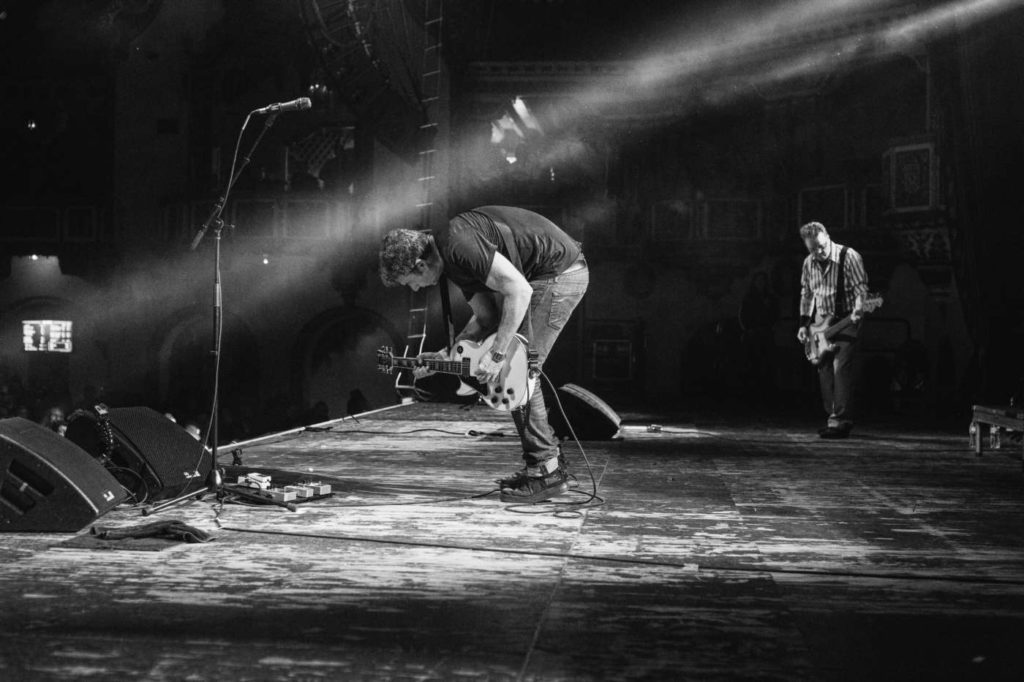 Note: This is being posted a couple weeks after the fact but it was written while the feels were still fresssssshhhhhhhh….

I’m currently sitting with Lisa on an airplane taxiing to take off from O’Hare airport to fly back to Denver. We were one of the last people to check into our flight and, as a consequence, we were assigned business class seats without having to pay for the upgrade. Fucking cush.

…Plane is taking off…

We arrived the Aragon about an hour before doors in Lisa’s parents’ car and found a great parking spot right on Lawrence Avenue. Just as we parked, a vehicle pulled up and snagged the spot behind us with a vanity license plate reading DOCSTAR. Out of the car stepped Daryl Wilson, the punk rock vocalist of The Bollweevils (with his side gig as an ER Doc). We chatted for a bit on Lawrence Ave, mostly about my forthcoming interview with him that has been postponed a couple times already. I was fully planning on interviewing him last month in Denver when they were playing. But I have a tendency to get a little too boozy when my Chicago peeps come to town, thwarting all plans of being productive. Oops.

The conversation was short because it was shitty out. It was cold and windy with frequent spatters of drizzle. The kind of weather that makes your face naturally scour a bit. It was perfect for this show.

We went to the lobby of the Aragon to get Lisa’s photo pass situation squared away. As we were getting that handled, I spotted Blake Schwarzenbach standing alone in front of the venue on Lawrence Avenue smoking a cigarette. I thought to myself, “I’m glad he still smokes” followed immediately by “what a stupid thing to be glad about.” 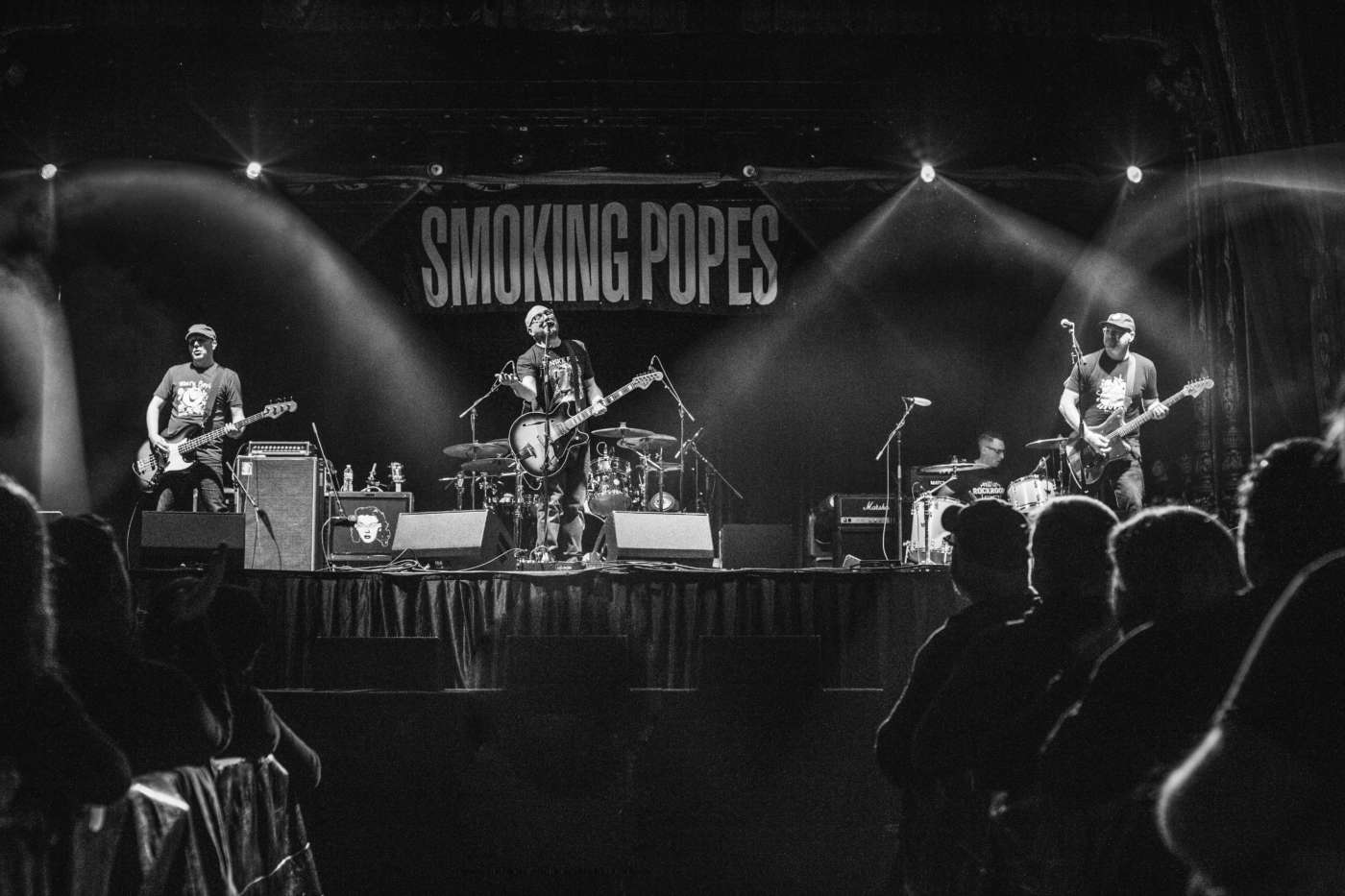 Fast forward to The Smoking Popes’ set. They were great. They always are. Josh Caterer expressed their appreciation for being a part of this amazing show. He detailed how all the members of the Popes were big Naked Raygun fans long before they thought to start a band. He also told a story of being on tour with Jawbreaker in the 90s and watching kids approach Blake night after night with their profound gratitude for his art. Endless thanks were reportedly offered for getting kids through the proverbial “toughest times in their lives.” Josh described from the stage how he was so moved by this nightly phenomenon that it inspired him to write the song “You Spoke to Me” off the Popes’ iconic record Destination Failure. 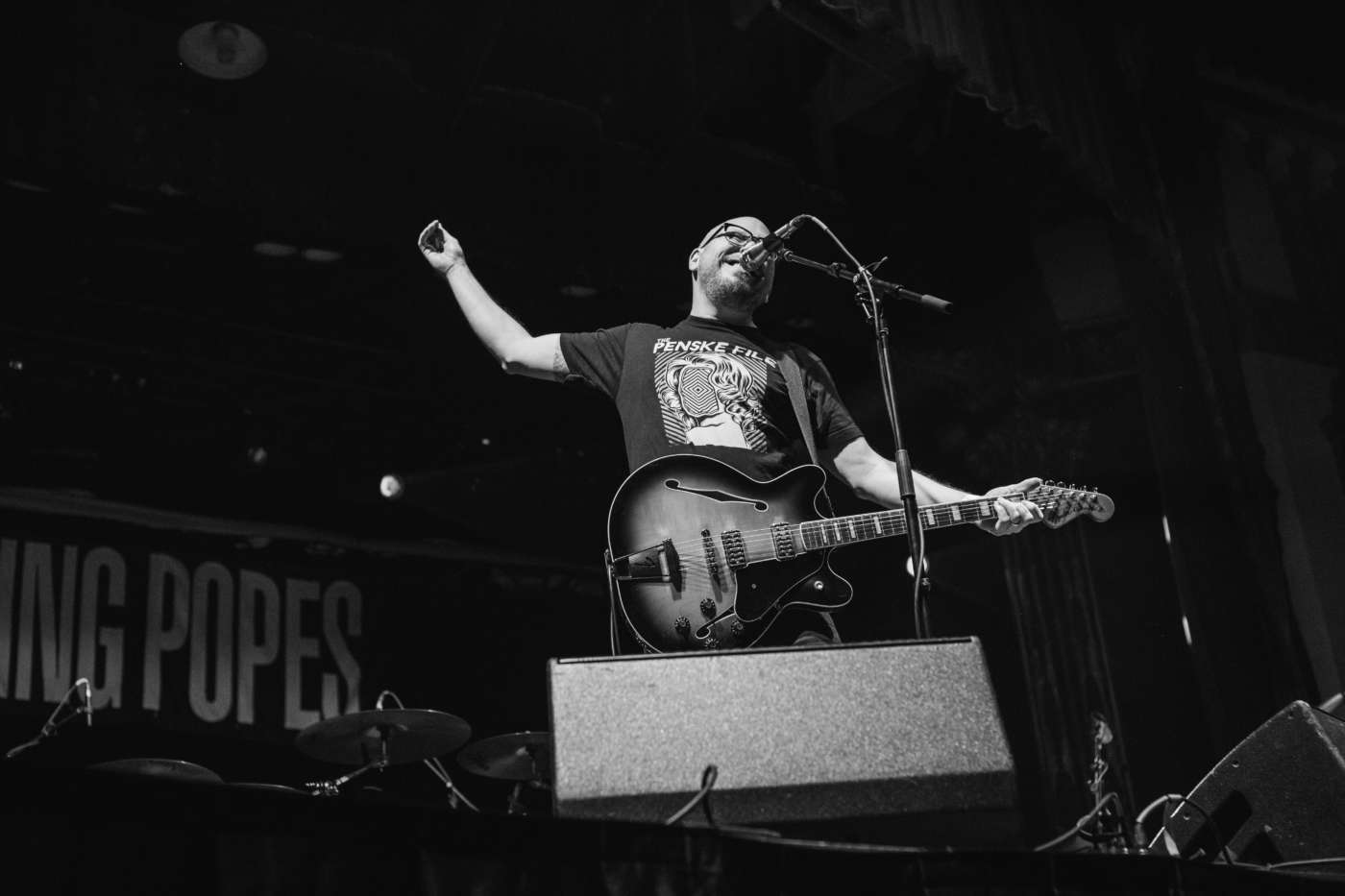 Well, I’ll be damned. I know every word to “You Spoke to Me” and have for about half my life. I never had any idea it was about Jawbreaker. It all makes perfect sense with lyrics like “I don’t know if you actually saved my life / but you changed it, that’s for sure.” I know that feeling. I’ve been that guy spilling my guts to a songwriter more times than I care to admit. And on this night, those lyrics resonated with me for all three bands. Hell, I don’t know that I’ve ever been to a show where I had such a profound level of respect for all bands on the bill. What an absolute treat. 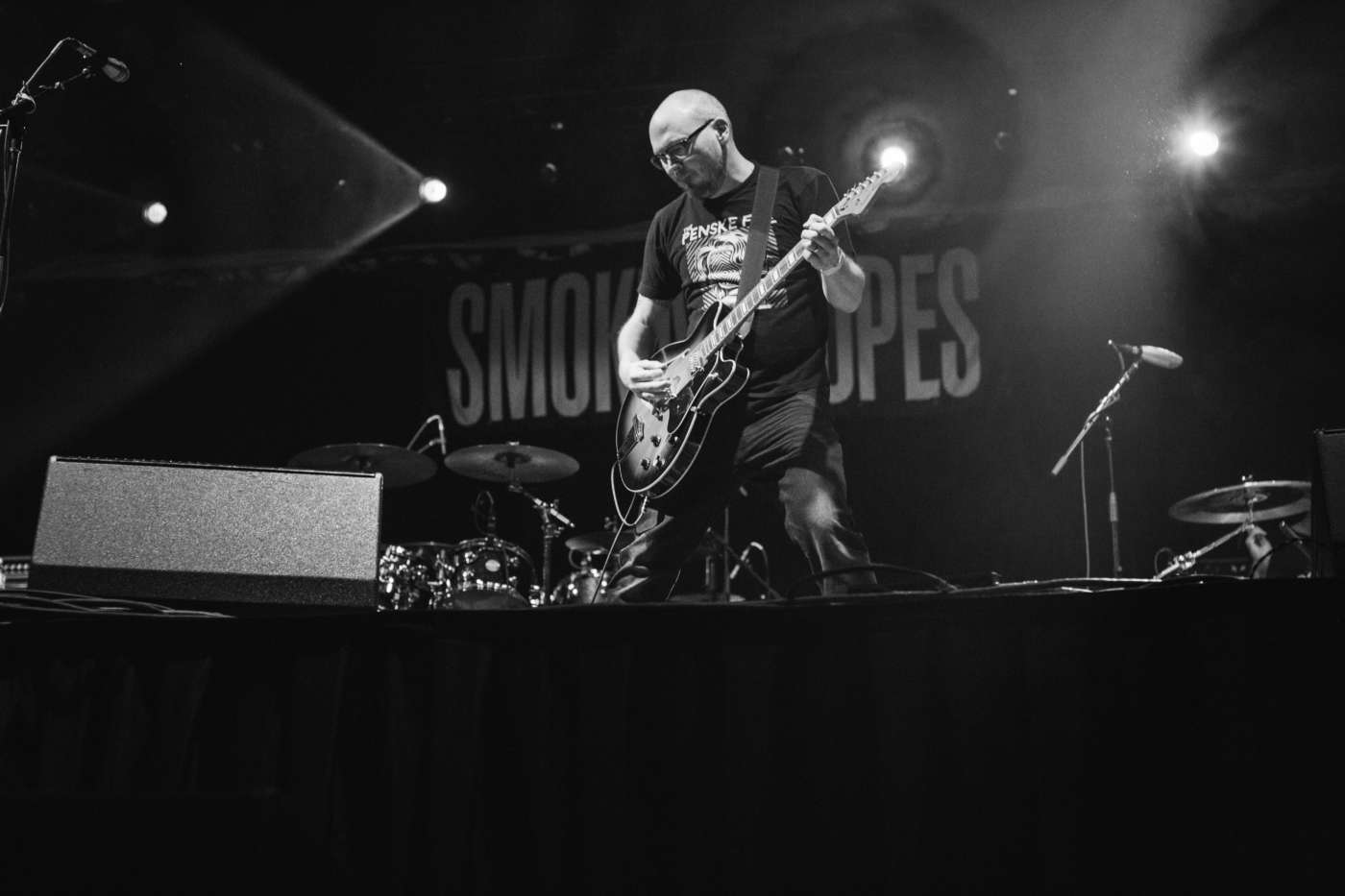 …These bloody Marys are awful… 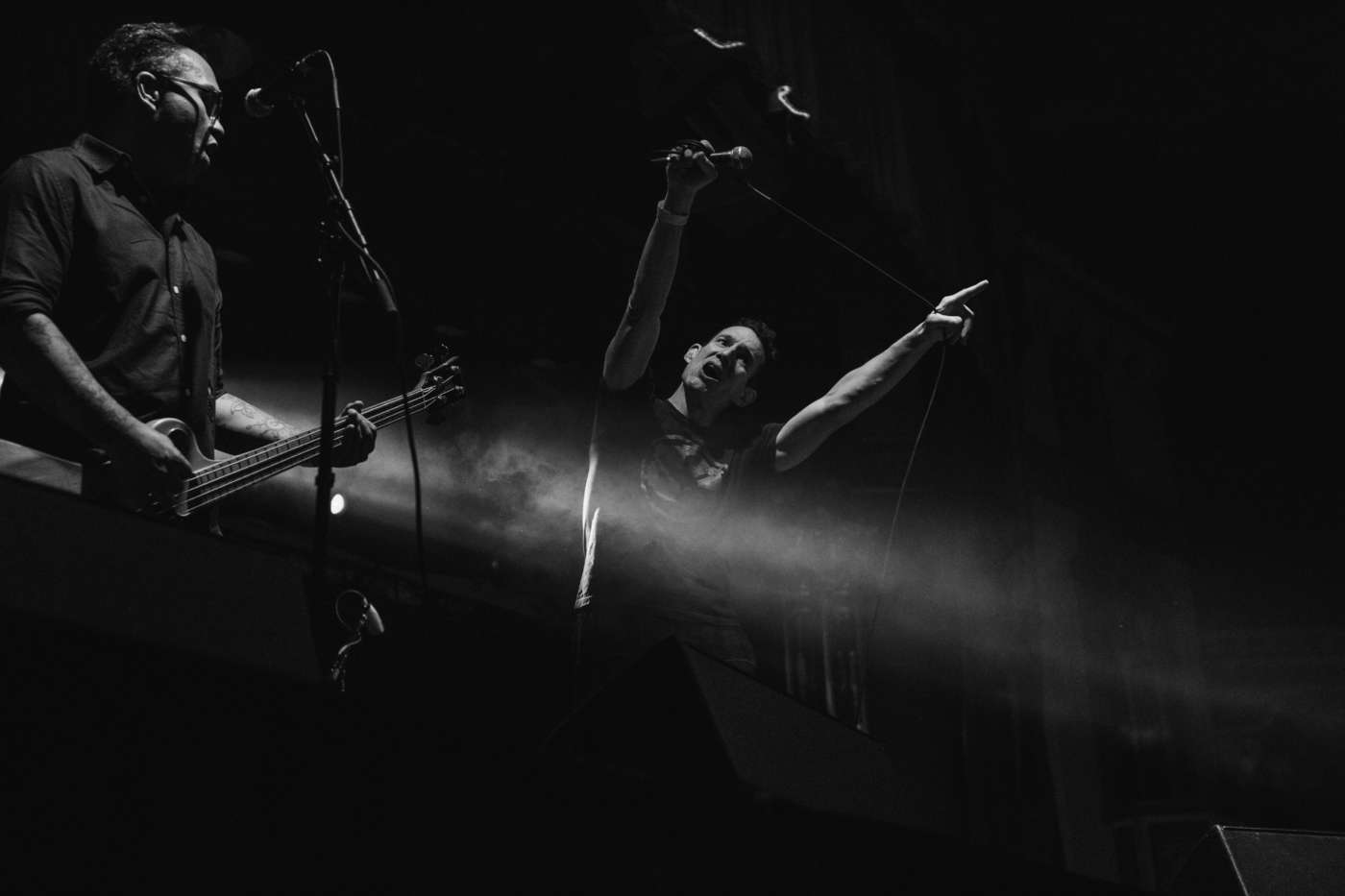 Naked Raygun took the stage and were great. They played some of the newer songs that I haven’t heard them play live including the heart wrenching masterpiece “Broken Things” and a never-before heard track called “Treat Me Unkind.” Both songs to appear on the long-awaited forthcoming record that is rumored to be in the final stages of production. A follower of Bill Stephens’ Instagram feed might have noticed studio footage with an epic horn section. A horn section??? A quick conversation with the guys in Raygun revealed they’re truly, deeply excited about this record. Jeff gave me that matter-of-fact look he gives and said bluntly, “It’s good.” 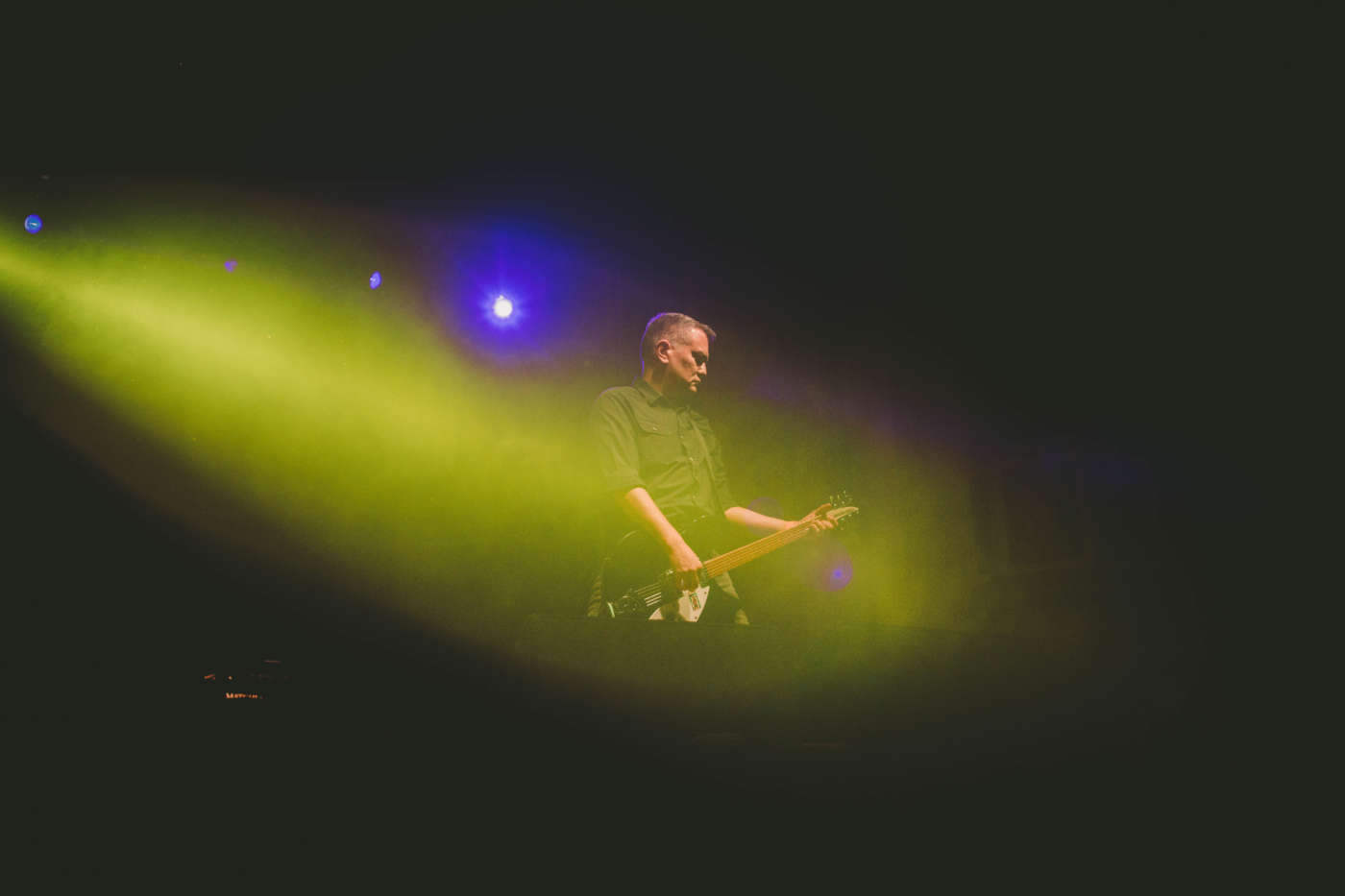 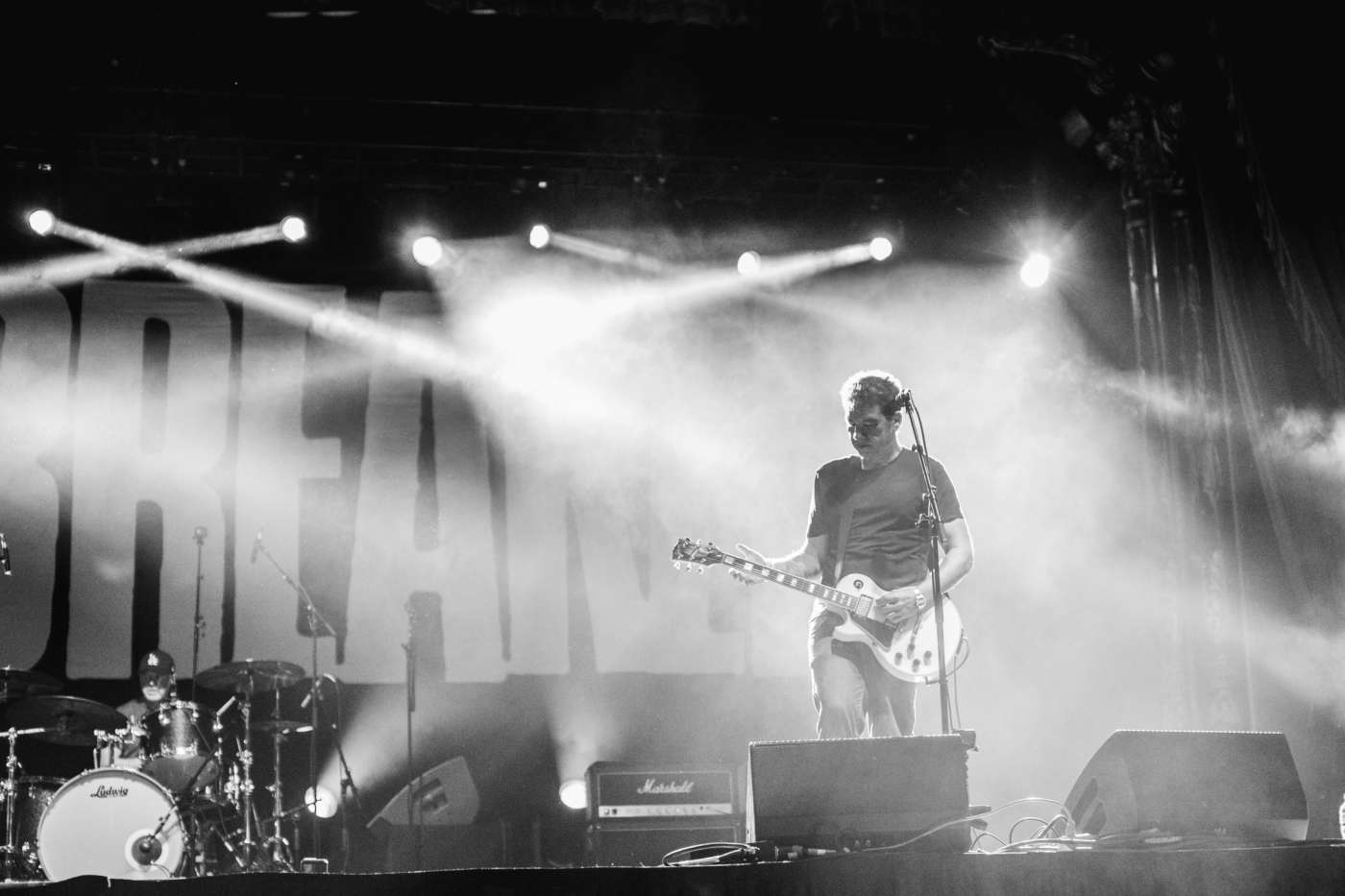 Man, what can I say about Jawbreaker? This was my first time seeing them, so it was a pretty big deal for me. I missed them at Riot Fest… I just couldn’t swing the trip at the time as I was finishing my Audiology Doctorate and was so incredibly short on cash, time, and sanity. I ALMOST saw them in 1996 at the Metro. I was 17 years old. My friend Lew and I took the L from the suburbs without tickets, stupidly assuming the show wouldn’t sell out. It did, and we were turned away. We’ll catch them next time, right? As it turned out, “next time” wouldn’t be for 22 years. 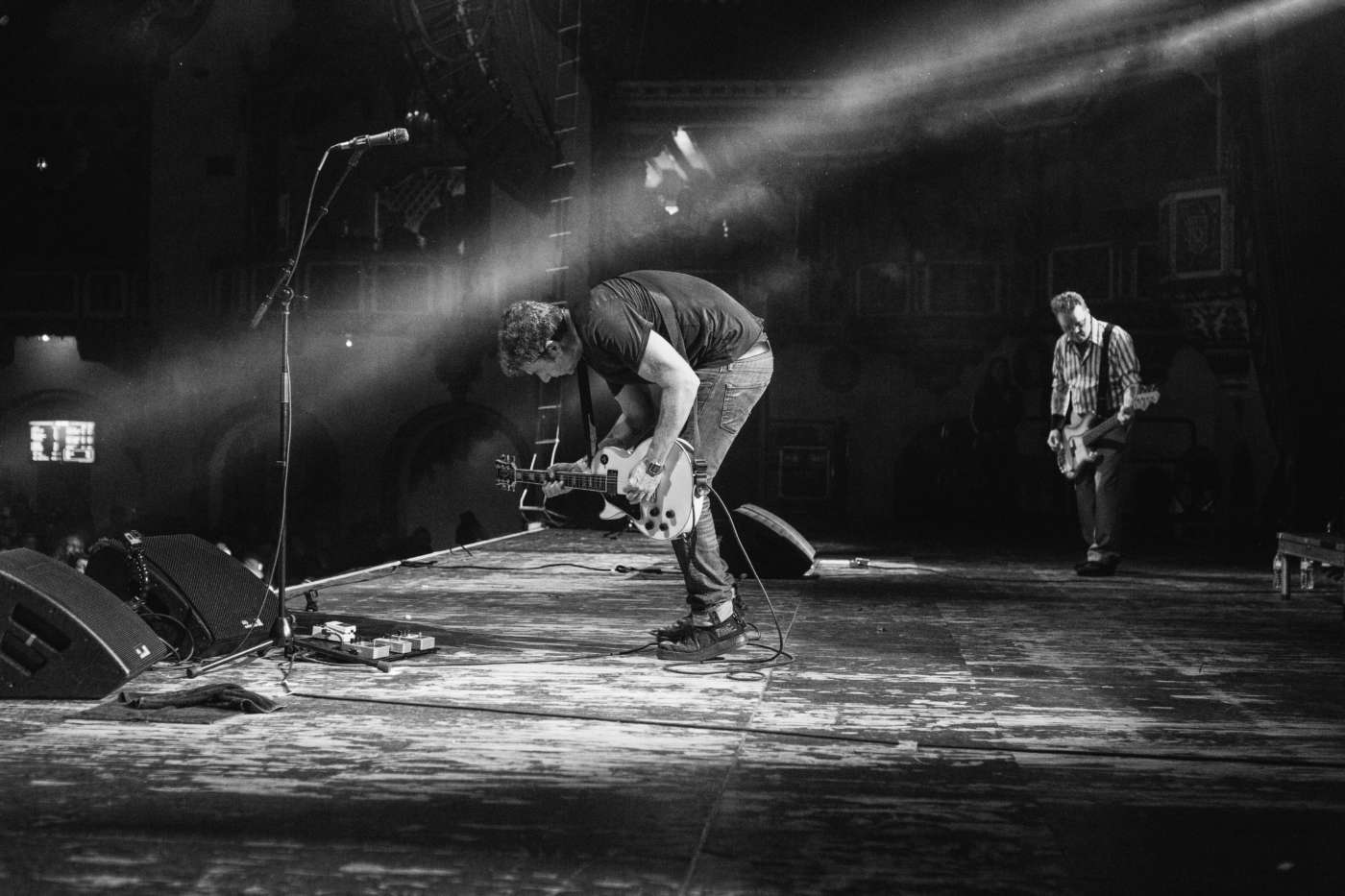 Most of my lifelong friends and acquaintances were there last night, including Lew, and most had already seen Jawbreaker last year at Riot Fest. But none had seen them on their own bill with such a flawless lineup at an iconic Chicago venue they haven’t played since 1993 when they toured with Nirvana.

[Side note: my grandparents’ senior prom was at the Aragon Ballroom and they used to actually go ballroom dancing there when they were young. How cool is that?]

The whole show was fucking magical. The chemistry was perfect. The bands, the venue, the shitty Chicago weather. All of it. And, of course, Jawbreaker was absolutely brilliant. Powerful. Flawless. Larger than life. Everything I’d hoped for and more. One of those “spiritual experience” type shows. Just magic.

What a time to be alive. 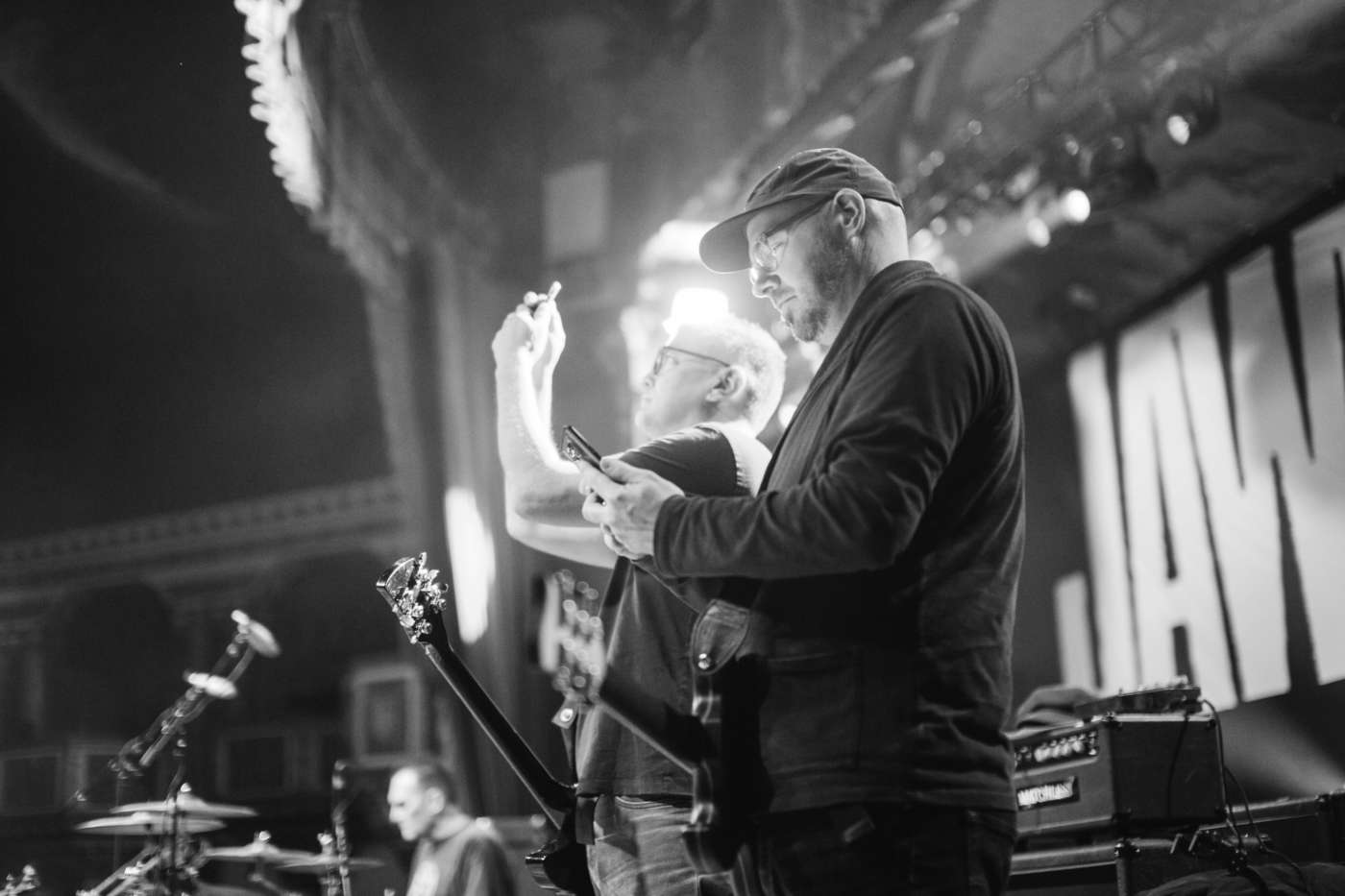