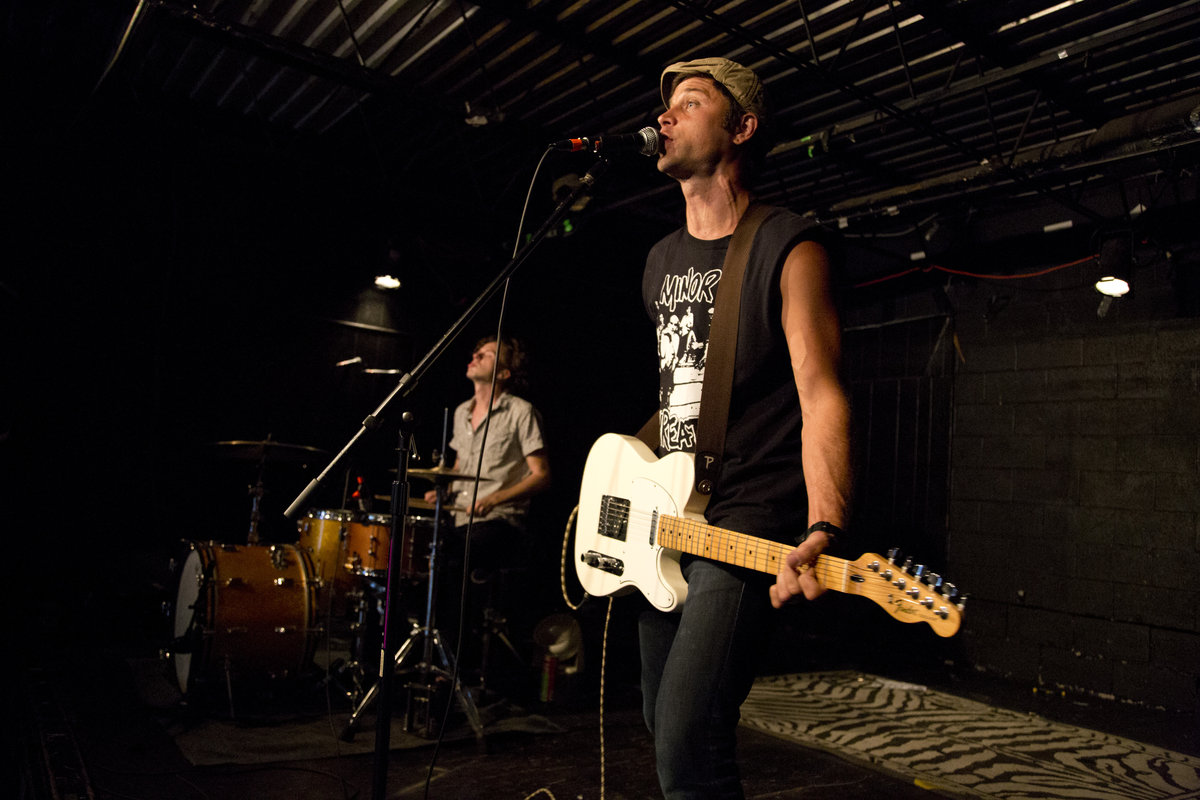 Aree and the Pure Heart, the brain child of singer/songwriter Aree Ogir, was put together in Atlanta, Georgia in 2015. Described as drunken streetlight poetry, the band is part Rock-n-Roll and part Punk, but all passion. Oklahoma Lefty said of them that “…there is such power and purpose in these songs that it reminds you of how cathartic and transcendent rock ‘n’ roll can truly be.”

Recently, I had a chance to talk to Aree about the new record, living in Atlanta, and more. Here is that conversation:

You released a new album, Never Gonna Die, back in March on Wiretap Records. How did you get involved with Rob and Wiretap?

Rob has been a major supporter since I self-released the Heartsongs EP [released in 2015]. He contacted me right away and let me know that he really liked what I was doing, and that he wanted to work together.

How is this record different from Heartsongs? How is different lyrically and how was the recording process different?

Well, this record was almost another record. I started recording a completely different album that I shelved before I started Never Gonna Die. Musically, it is a big expansion. More instruments… sax, piano, organ, acoustic, percussion. I also tried to make a balanced album between rocking songs, mid-tempo jams, and ballads.

Is there a story behind the name Aree and the Pure Heart?

It has multiple origins, but really it was just something in my head from the beginning. I had some lyrics that went “I wanna pure heart…” and I just always liked what that represented.

Also, the heart theme is always present in my life spiritually and through my oldest daughter who had heart surgery at four months old.

When did you first get interested in playing music and were there any musicians that inspired you to start writing and playing?

I started playing music when I was about thirteen. I was inspired then by all of the Punk and Hardcore bands I was into. At that time, and really still today, I was so in awe of the lyricism of Jesse Michaels from Operation Ivy. There was also lots of hip hop, Jawbreaker, Tom Petty, The Replacements, Bob Dylan, Bob Seger, Springsteen, Mellencamp… lots of inspiration.

In between the EP and this album, I spent a lot of time listening to Petty, Springsteen, The Clash, and The Replacements. I’d say the LP reflects that pretty well.

You currently reside in Atlanta, Georgia. Let’s talk about that for a bit. What is the overall music scene like there?

There is a LOT of music going on here. To be honest, I am not that active playing shows, but I have always experienced positive things.

I’d like to give a shout out to Dakota Floyd, Amos of A Rippin Productions, Joe Warren, and Elena DeSoto who do a lot to keep things interesting here.

What are your favorite venues to play in Atlanta?

Star Bar is probably my favorite. Maybe the most Rock-n-Roll spot in the city? They have an Elvis shrine there.

What are your favorite Atlanta eateries and is there any type of food you would consider “Atlanta” food?

Dang. I wish I had money to frequent good restaurants. I honestly eat Taco Bell more than I should. I’m not sure what best represents Atlanta food-wise, but I think that late night Waffle House is kind of a Southern staple. Hahah.

What sort of places in Atlanta would you recommend a tourist visit?

The Beltline and Little Five Points.

Getting back to the music, who have been your favorite bands or artists to do live shows with and are there any that you would like to do shows with?

I really haven’t played that many shows. The last show I played was with the Descendents, and it was the same day my son was born. So I was delirious and don’t remember any of it.

I really don’t like playing shows that much, and an ideal show for me would probably be an acoustic house show that ends by 10PM. [laughs]

What music have you been listening to lately?

Hip Hop/instrumentals. I’m pretty much always listening to J Dilla, or instrumentals from other classic Hip Hop producers. I listen to a lot of podcasts from NPR, some lectures by Shaykh Hamza Yusuf, Shaykh Abdal Hakim Murad. The Smiths/Morrissey. And last year I went through a Metal journey and found out that I like Pantera. [laughs]

Are you planning to tour in support of Never Gonna Die?

I am just really thankful to Joey Jones of Aria Recording Studio who made this record happen, to all the listeners and supporters, to Rob at Wiretap, and Fabi at Homebound in Germany. Peace to everyone and be kind and gentle to one another.