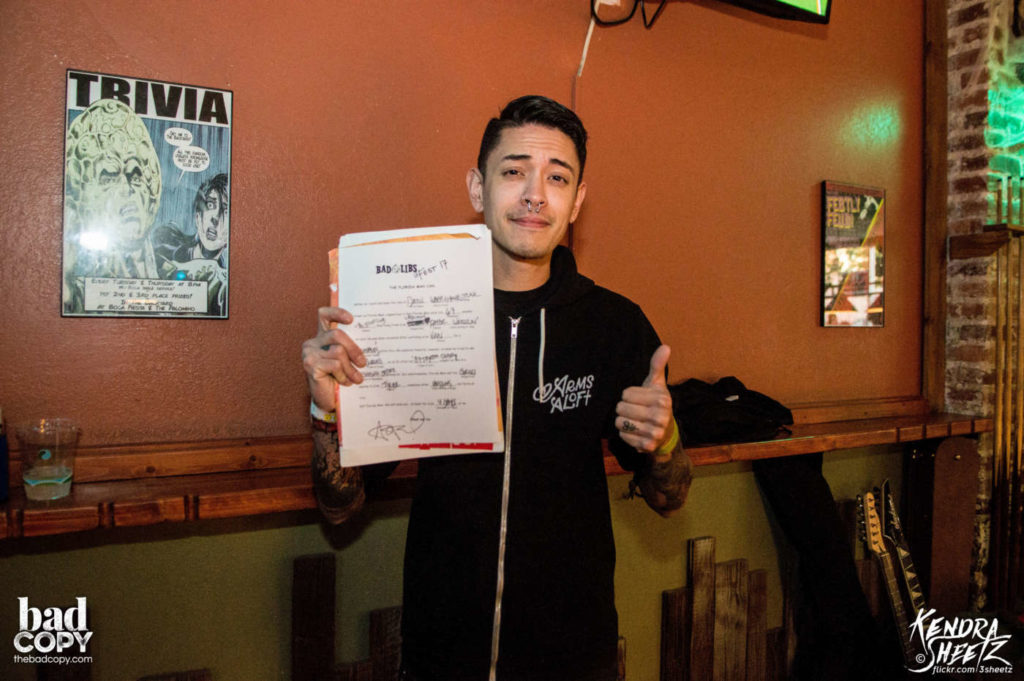 They’re back! Bad Libs (our version of Mad Libs) went over so well during Riot Fest that we decided to draft up three new Florida specific adventures and bring them to Big Pre-Fest in Little Ybor 6 and Fest 17!

Mr. Adam France of Burn Burn Burn has taken the cake as one of my favorite people of 2018. Although I’ve know him for a few years now, this year we became closer when we started working together to promote bands on his label Tiny Dragon Music (which he shares with Burn’s lead singer Drew Smith).

Earlier in the year, we shared a Tijuana street taco with a shell made completely of fried cheese while sharing dog photos we have on our phones. Adam exudes this calming energy that just dials my anxiety down every time we’re hanging out. Plus he fucking shreds on guitar. So… how could I NOT have him fill out a Bad Lib? Editor’s Note: Adam is the first person to edit a Bad Lib for improper spelling. He is also one of like five people in the punk scene who knows what the word “lascivious” means. 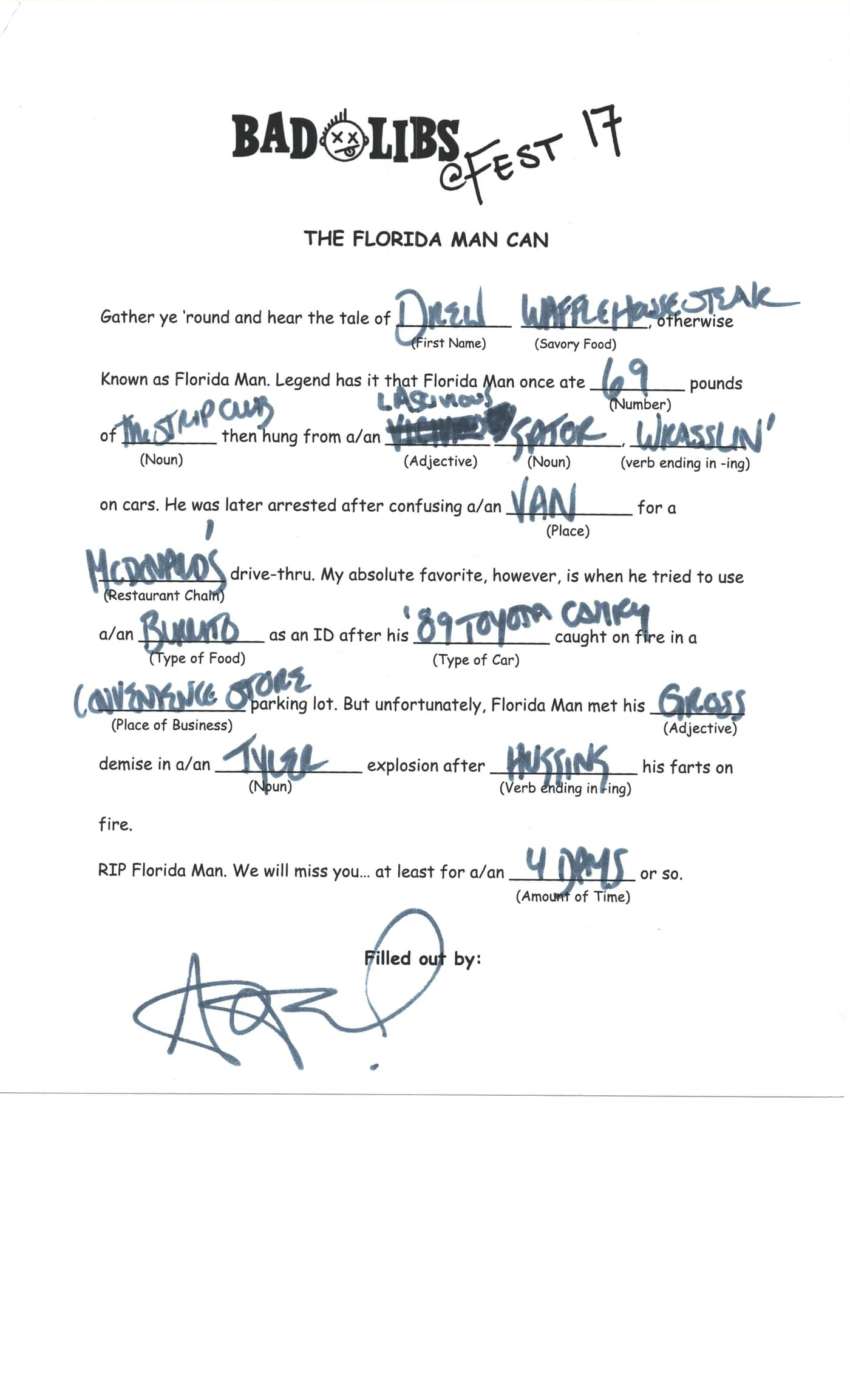